Gideon Sam will lead the Olympic and Paralympic Movements in South Africa for another four years. 27 Nov 2012
Imagen 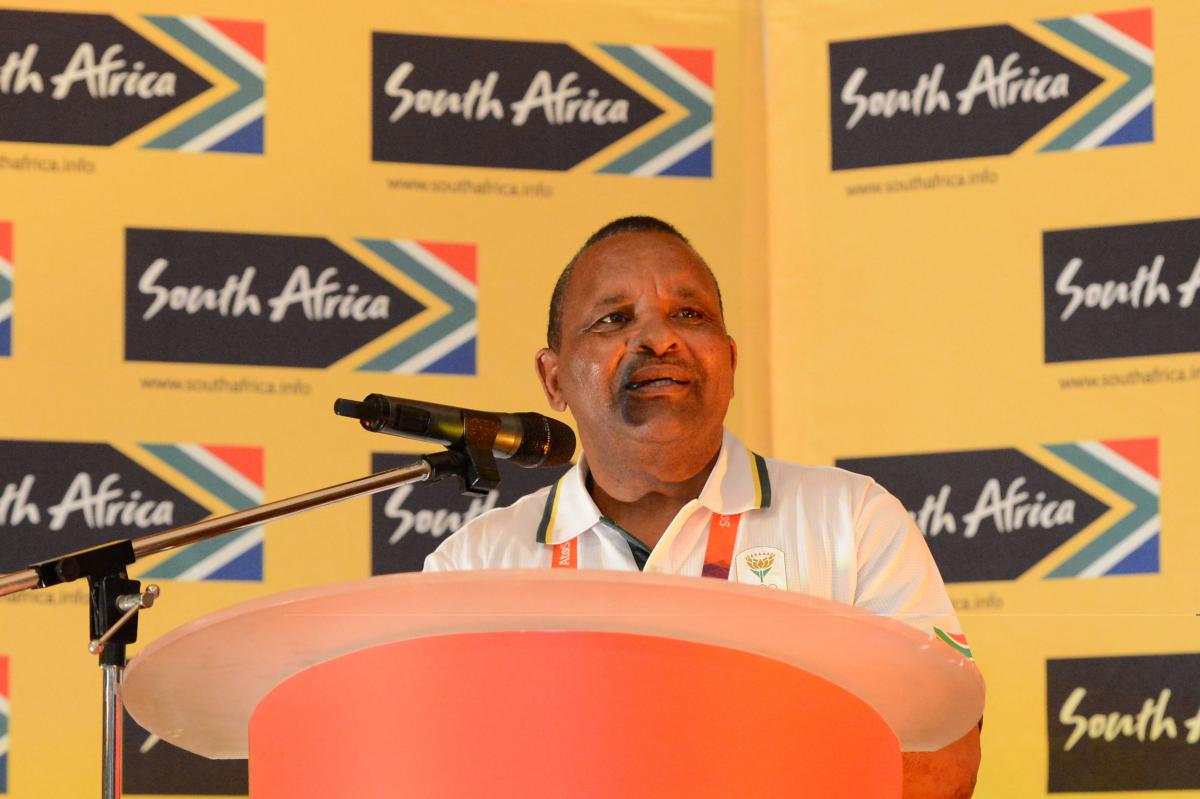 Gideon Sam speaks during a South Africa team reception prior to the London 2012 Olympic and Paralympic Games.

“Our focus for the next four years will be to strengthen the province’s structures because we are still only scratching the surface when it comes to talent.”

Gideon Sam was re-elected as President of the South African Sports Confederation and Olympic Committee (SASCOC) on Saturday (24 November) and will serve another four-year term.

He will continue to lead the organisation that serves as South Africa’s National Paralympic Committee.

Sam, who was first elected President in 2008, was re-elected unopposed after Irvin Khoza withdrew just over a week before the elections.

“Our focus for the next four years will be to strengthen the province’s structures because we are still only scratching the surface when it comes to talent,” Sam told SASCOC.

“We will continue to assist our coaches and make sure that the councils work in the various provinces. Also, we will strive to build our communications platform to spread the sports word far and wide.

“At all times there must be total accountability. Once again we will fight side by side with the Sports Ministry and Honorable Sports Minister, Mr. Fikile Mbalula, for a better funding model. Even if we have to go against the grain with government we have to. Some of our federations are dying and we need to escalate the fight in this regard.

“Let us start to flex our muscles as a sporting movement. Let us shake the tree and start seeing some fruit.”

At the London 2012 Paralympic Games, South Africa finished 18th in the medal standings with eight gold and 29 overall medals.