The Spanish para-alpine skier and his guide were presented with the gold medal of the “Real Order of the Sporting Excellence” for their achievements at La Molina 2013. 02 Dec 2014
Imagen 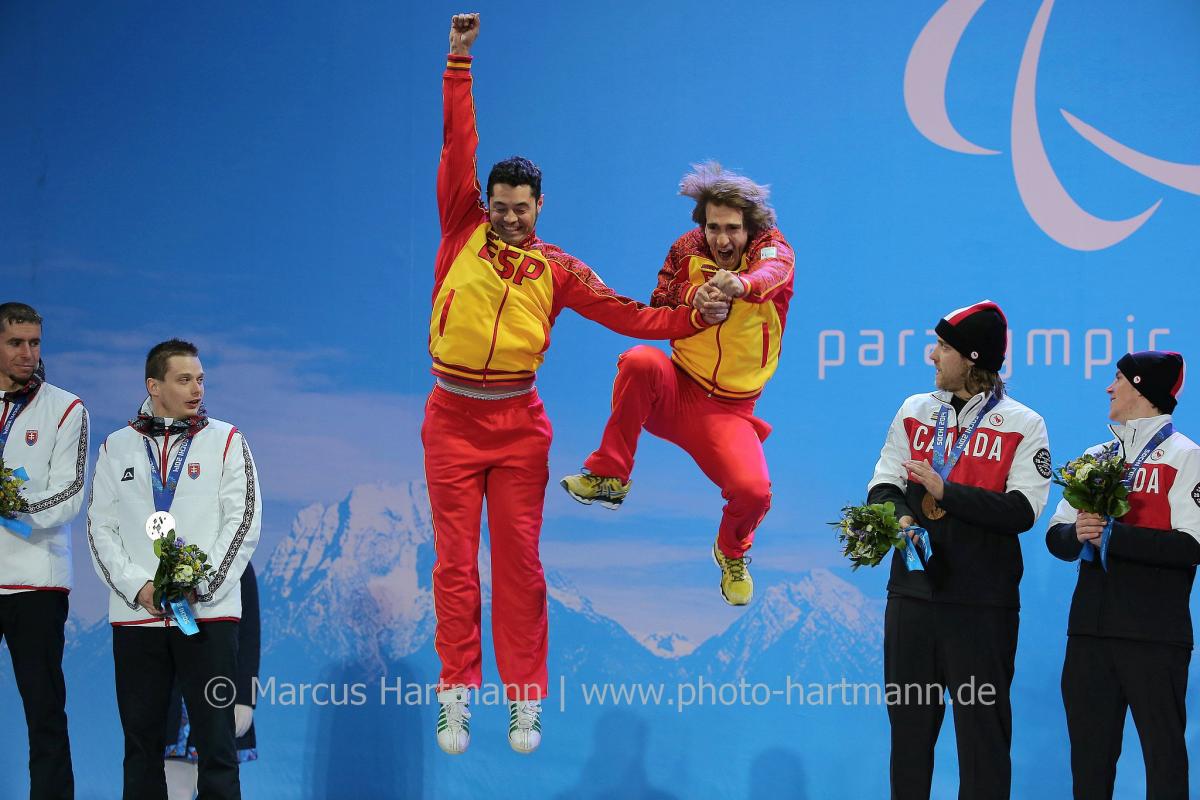 Spanish para-alpine skier Jon Santacana and his guide Miguel Galindo have received the gold medal of the ““Real Order of the Sporting Excellence”, from Spain’s Minister of Sport at an event held in Madrid’s Museum Reina Sofia.

The pair was awarded the gold medal for their success at the 2013 IPC Alpine Skiing World Championships where, in La Molina, Spain, they struck gold in the downhill, super-G and giant slalom events.

In receiving their medals, Santacana and Galindo thanked their supporters, coaches, families and all the people and organisations that made it possible for them to achieve success.

They highlighted the role of the Consejo Superior de Deportes which, in 2014, decided to recognise achievements in para-sport on an equal level to those in Olympic sports.

As a result, others to be recognised for their para-sport achievements at the celebration were Roberto Alcaide, Juan Jose Mendez, Raquel Ancinas, Ignacio Avila and his guide Joan Font (para-cycling), Israel Oliver (para-swimming) the Chief Executive Officer of NPC Spain, Alberto Jofre.