Ukraine will face Iran and Russia will challenge Brazil in the football 7-a-side semi-finals at London 2012. 05 Sep 2012
Imagen 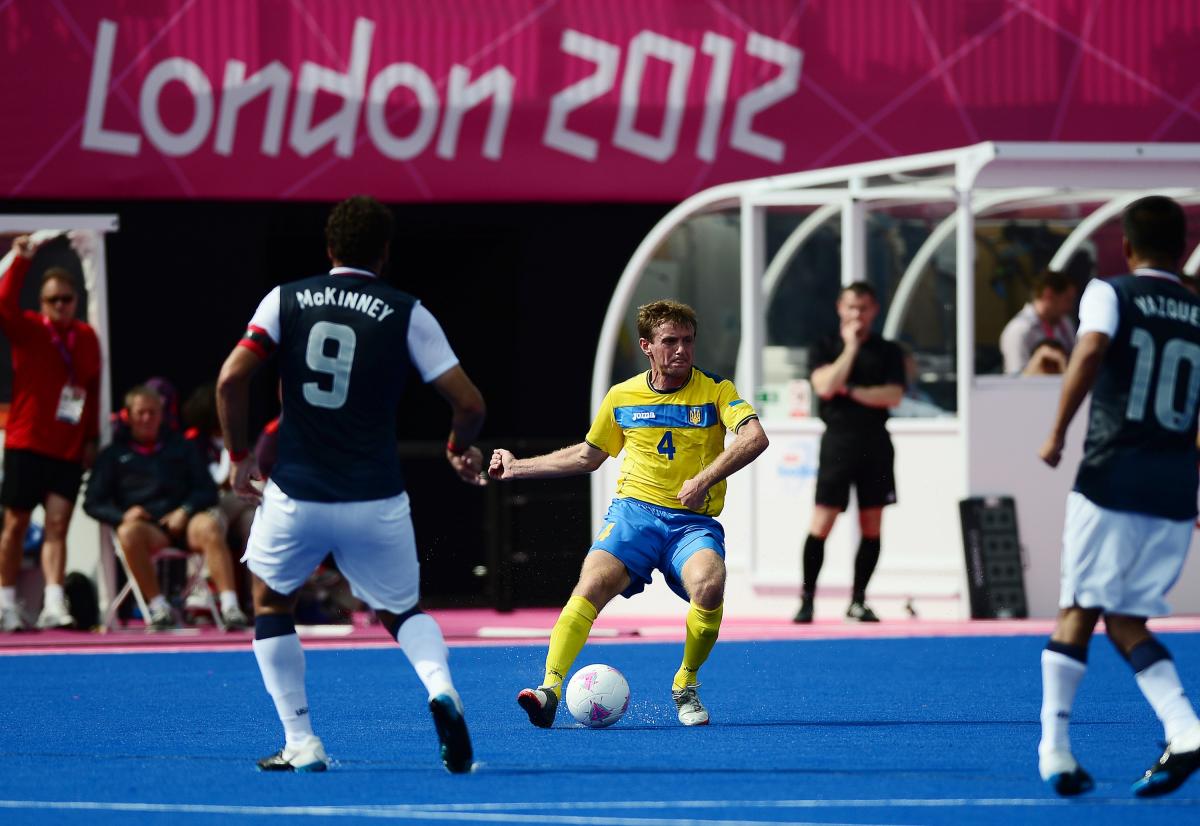 “We played very well. We only made one mistake and it was a very close match. I think we are on the right path to win this medal."

In the final round of preliminary games, the semi-final lineups were confirmed in an exciting day of football 7-a-side at the Riverbank Arena.

Defending champions Ukraine will play Iran in the semi-finals after they lost to Russia, who will meet Brazil in the next round.

The game of the day was undoubtedly Brazil against Ukraine, which resulted in a 1-1 draw.

“We played very well. We only made one mistake and it was a very close match. I think we are on the right path to win this medal,” said head coach Paulo Fernando Rodrigues da Cruz.

Brazil’s Yurig Ribeiro rattled the two-time Paralympic champions when he slotted a shot into the bottom corner in the ninth minute of play.

Ukraine pressed for the equaliser and their best chance fell to Ivan Dotsenko.

But Marcos Cabral Da Costa slid in for a last ditch tackle before he could get a shot on goal.

Antoniuk struck the cross bar moments later and had a chance to win the game five minutes from the final whistle. He was through on goal ahead of all defenders but he stroked the ball inches past the post and both teams shared a point.

Earlier, Russia topped their group with a 3-1 win over fellow semi-finalists Iran, who go through as the number two side in group A.

Aleksandr Kuligin put the reigning world champions ahead before Farzad Mehri levelled the scores from the penalty spot.

Russia were quick to respond as Viacheslav Lorionov and Eduard Ramonov added more goals to their tally in the top scorers leader board to seal the victory.

The deadlock was broken on 18 minutes when Kuligin drove the ball along the floor for a 1-0 halftime advantage.

After the restart, Iran equalised as Mehri buried his spot kick into the bottom corner of the Russian goal.

Russia hit back straight away with a looping header from Lorionov to reclaim the lead.

Ramonov impressed the Riverbank crowd with Russia’s third score. He controlled the ball, flicked it up high and smashed in a perfectly executed volley to confirm the result.

In the following game, Iljas Visker and Stephan Lokhoff scored two goals each in the Netherlands 4-1 win over Argentina finishing the group with a morale boosting three points.

Goalkeeper George van Altena was left bemused in the sixth minute when Argentina took the lead from a deflected Mariano Morana effort that found its way into the net.

Five minutes later, the Dutch made the contest all square again as Visker headed down a high ball for Lokhoff to stroke over the line.

Visker put the Netherlands in front in the closing minutes of the first half with a spectacular goal. With his back to goal eight yards out, he found the back of the net with a superb back heel flick that helped the ball fly into the bottom corner.

In the second half, Argentina’s Brian Vivot had a host of opportunities to get on the score sheet but his efforts were pushed away by van Altena.

Visker and Lokhoff finalised the scores by completing their doubles.

They will now face the Netherlands in a playoff classification game for fifth place.