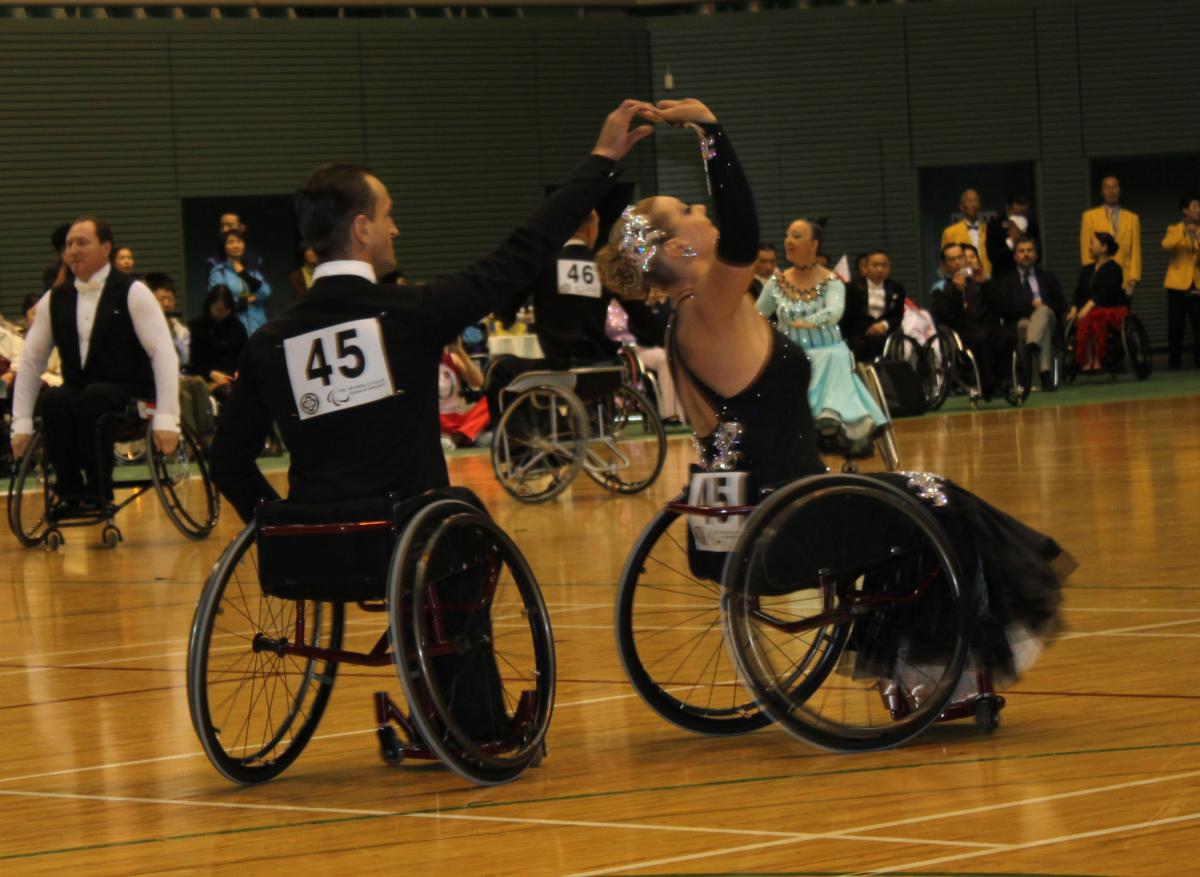 “The main task that our coach sets is to have fun while dancing and to bring pleasure and satisfaction from our dancing to audience and judges."

Ukrainians Nadiia and Ivan Sivak have won a second world title in the duo standard class 2 on the last day of the 2013 IPC Wheelchair Dance Sport World Championships in Tokyo, Japan (Sunday, 8 December).

The husband and wife team, who won gold yesterday in the duo Latin class 1, completely dominated in the event and achieved a perfect score for their Tango. They were also strong in the Waltz.

“The main task that our coach sets is to have fun while dancing and to bring pleasure and satisfaction from our dancing to audience and judges,” said the couple, who married in 2009 on the same date as the International Day of Dance.

Russian dancers Irina Gordeeva and Dmitry Torgunov stayed close behind to clinch silver, with a particularly elegant quickstep that impressed the judges. Their team mates Snezhana Shepeleva and Nikolay Kuzin joined them on the podium in bronze.

Next to steal the limelight were Russian super-couple and world No.1 Galina Rhyzkhova and Viachslav Osipov, who complete an incredible 2013 with a gold in the combi Latin class 2. They proved their pedigree with their five dances including a spectacular Rumba.

Russia won silver with second place pair Maksim Sedakov and Svetlana Kukushkina. Ukraine’s Ivan Zamiga and Clena Dankevych win their country’s’ fourth medal of the day in bronze – leaving their nation with one medal in every competition available on the last day of competition.

Following that third place were world No.1 Illona Slugovnya and Mykhairo Annienkov, winning gold in the combi Latin class 1 for Ukraine. Slovakians Helena Kasicka and Peter Vidasic claim silver, with Kasicka winning her third medal of the competition and completing her collection of one of every colour following her gold from the combi standard class 1 and silver in the duo Latin class 2 yesterday.

Hanna Sirtasuk and Ihar Kuliashou of Belarus win bronze in what will no doubt be an encouraging performance for the country on the world stage, winning three in total.

Over 160 athletes from nearly 20 countries have competed in the two-day competition in the Japanese capital in seven medal events. 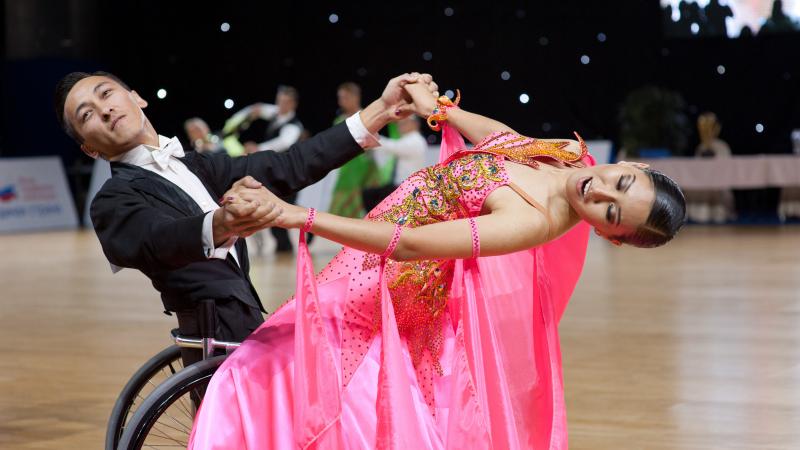