Six months after Sochi: golden girl Schaffelhuber looks back at her success 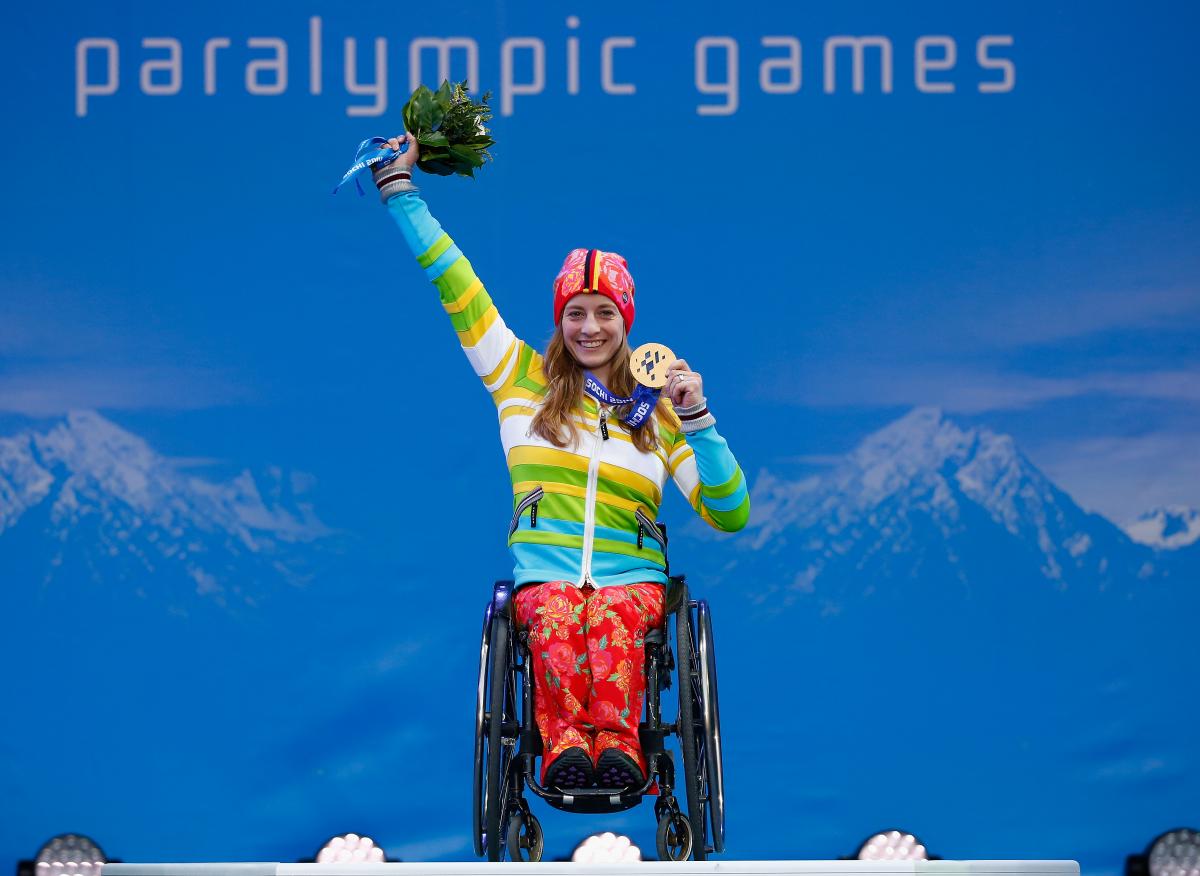 “I do have lots of good memories. The races, the victory ceremonies, Opening and Closing Ceremonies – the time in Sochi has been a massive experience.”

Much has happened since, but she has not forgotten the moments of happiness in Sochi.

“I do have lots of good memories. The races, the victory ceremonies, Opening and Closing Ceremonies – the time in Sochi has been a massive experience,” said Schaffelhuber.

“I knew that I was in good shape and that these results could happen in theory. But that it did happen in the end, five times, especially with the challenging slope, was just insane.”

Schaffelhuber has been really busy since Sochi 2014.

With her raised profile came the invitations to talk shows, interviews, receptions and award ceremonies – the programme that Schaffelhuber had to manage was impressive.

“I hardly had any time to relax, only during my holidays. I’m definitely not bored and I still have to get some training done,” she says with laughter. She even took a break from her studies to manage all of her appointments.

But she does not mind the new popularity.

“I hope that through this the whole sport gets more attention and not just every couple of years during the Paralympics,” she said.

But there is still a long way to go knows national para-alpine skiing coach Justus Wolf. Except for Schaffelhuber and the other two German medallists from Sochi, Andrea Rothfuss (one gold, two silver) and Anna-Lena Forster (two silver, one bronze), the interest in the other German para-alpine skiers has quickly disappeared.

“We hoped that we could keep the momentum from Sochi and could feel some kind of a hype. However, the Paralympics are over and hardly anyone is interested in our sport anymore,” says Wolf and adds: “We are back to reality. We don’t have planning reliability, resources are scarce on all ends and we are really limited in our mobility, as we don’t have a team bus.”

But the next highlight is already on the horizon: the 2015 IPC Alpine Skiing World Championships in Panorama, Canada. About a year after Sochi the world’s best para-alpine skiers meet again.

Even with less attention, the anticipation is there and the athletes prepare themselves meticulously for the upcoming winter season.

Besides the national team, the focus for this season will also lie on youth development, to have new talents moving up to elite level. “This is really important to keep up with the top nations and stay competitive,” says Wolf.

Despite the many obstacles, the motivation in the German team is high. And new successes at the World Championships may lead to a new momentum.