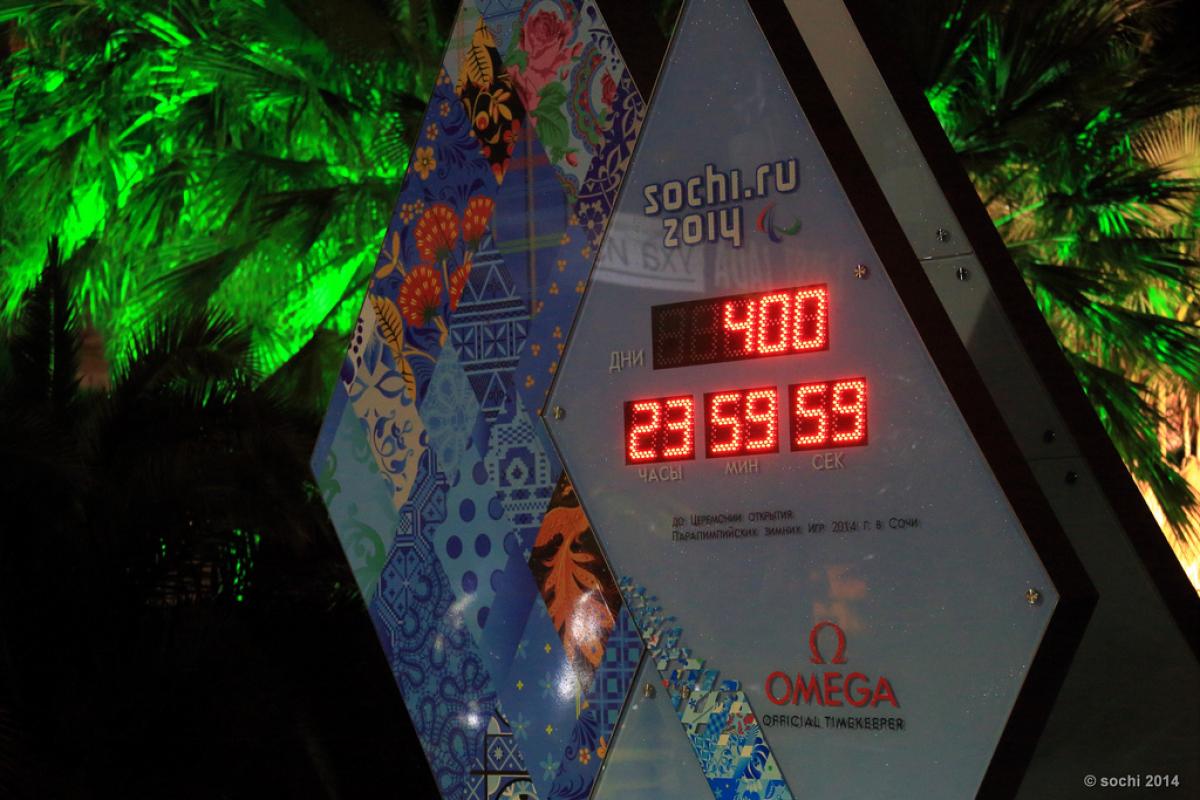 The Sochi 2014 Paralympic Winter Games, now just 400 days away, will feature seven disciplines of five sports for a total of 72 medal events, with men’s and women’s snowboard cross being added to the program for the first time.

The Sochi 2014 Paralympic Winter Games, now just 400 days away, will feature seven disciplines of five sports for a total of 72 medal events, with men’s and women’s snowboard cross being added to the program for the first time.

Here’s a quick look at where the events will take place:

With a capacity of 40,000 this stadium will host both the Opening Ceremony and Closing Ceremony. Located in the Olympic Park, spectators will have a perfect view of mountain peaks to the north and the sea to the south.

It is named after the Fisht mountain, which in translation means “white frost,” and it reaches 2,857m above sea level.

Following the Games, the stadium will be used for Russian national football team matches, as well as a general training centre and entertainment venue.

The ice sledge hockey competition will take place at this venue, which can accommodate up to 7,000 spectators and is a moveable venue, meaning it can be dismantled and transported to another Russian city following the Games. “Shayba” is the Russian word for “puck,” and “Shaybu!” is a common word Russians shout to cheer on and support their ice hockey teams during a game.

A four-team ice sledge hockey Paralympic test event will be held in this venue from 26 August – 1 September.

The Centre, also a moveable venue, will host all wheelchair curling matches and is located in the coastal venue cluster in the Olympic Park. It can accommodate 3,000 spectators and the building is simplistic in its design to symbolise democracy and accessibility.

The 2013 World Wheelchair Curling Championships will be held at this venue next month from 16-23 February, also serving as a Paralympic test event.

Located at the Aibga Ridge, this venue has a capacity of 7,500 people and will hold events from all alpine skiing disciplines, including snowboard cross. All slopes were developed by Bernard Russi, a world-renowned ski architect from the International Ski Federation (FIS).

The 2012 IPC Alpine Skiing World Cup finals will serve as the test event for this venue from 6-12 March.

Germany led the alpine skiing medals table at the last winter Games with seven golds, and they were followed by Canada and Slovakia, who each came away with six golds.

This skiing and biathlon centre is located along the slopes of Psekhako Ridge, and it includes two isolated stadia, two track systems, a shooting area and warm-up zones.

As for the venue name, Laura is a turbulent mountain river with a large number of waterfalls, named after the Russian legend of a young girl called Laura who chose death over living with an old prince she did not love. After running away from the prince, Laura jumped of a rock into the river that was later named after her. Murat, Laura's lover, could not live with the pain of their parting and jumped in after his bride. The lovers' bodies were never found and local inhabitants say the Gods were so moved by what had happened that they took them to the heavens the summit of the sacred Mount Elbrus.

A portion of the 2013 IPC Nordic Skiing World Cup will be the venue’s test event from 13-22 March.

The "Fisht" Olympic Stadium will host both the Opening Ceremony and Closing Ceremony.