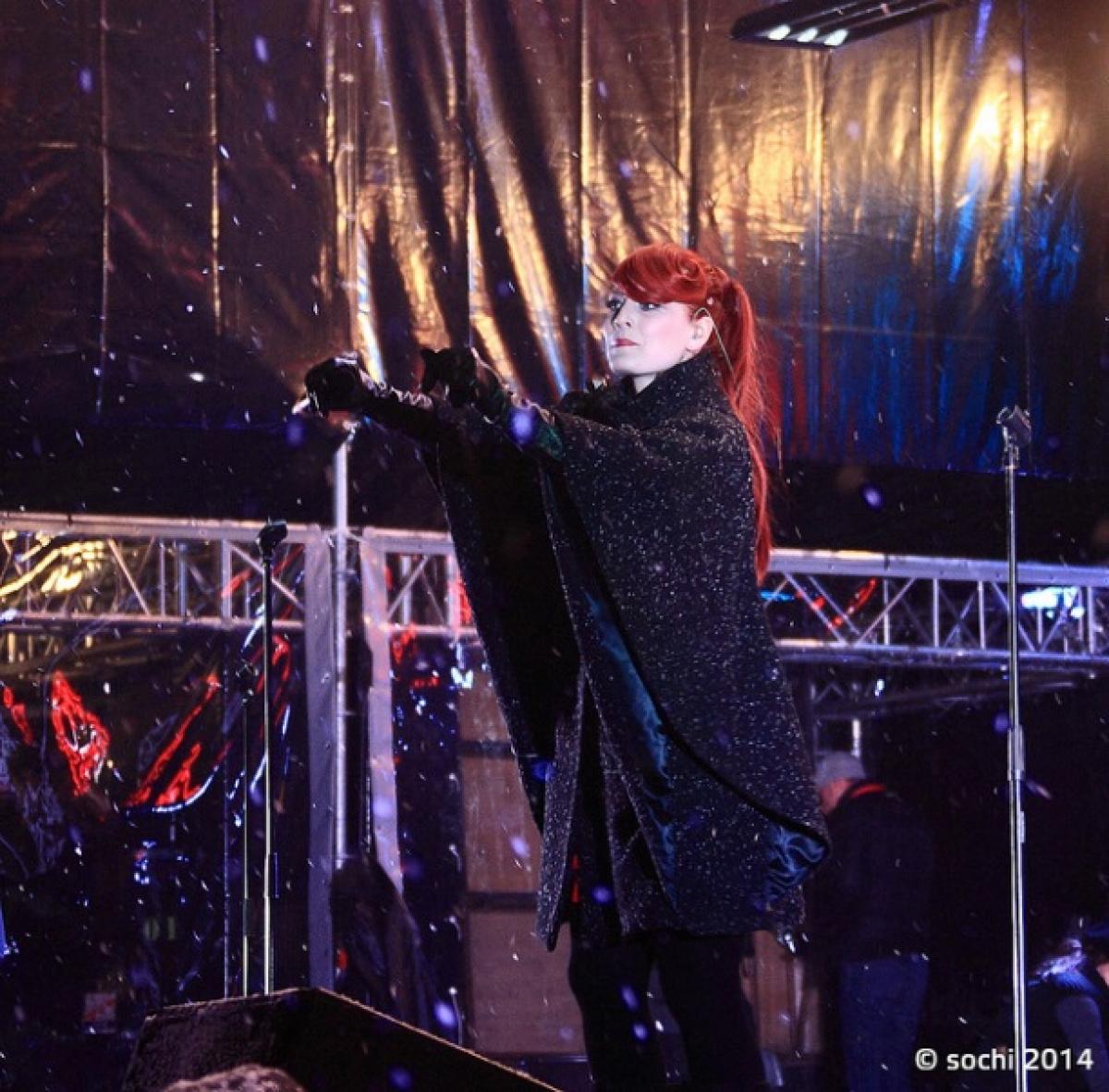 Rocking at an altitude of 1,500 meters above sea level the electrifying Red Rocks music festival took place on 18 February bringing together celebrated Russian and international music rock stars - including the groups Scissor Sisters, White Lies and Bi-2 – in Krasnaya Polyana as part of the Sochi 2014 Cultural Olympiad.

Over 2,000 people attended the Red Rocks music festival with thousands more able to join the fun via a live broadcast.

The musical stage was spectacular, located at high altitude at the venue of the future ski resort where the Mountain media village will be situated during the Games. Given the unusual location for a music festival, organizers even provided special machinery to assist the delivery of festival equipment up the mountain.

The stars of the glam-rock group, the Scissor Sisters, combining rock, pop and electro music, headlined the festival. The group became prominent in 2004 after the release of their self-titled first album. That year, the group travelled to Russia on tour. In 2005, the Scissor Sisters won several Brit Awards and in 2006 topped the world charts with their disco-hit “I Don’t Feel Like Dancing,” with Sir Elton John collaborating on the writing and recording of the song.

The British group White Lies, whose debut album “To Lose My Life” became an immediate hit in the UK Album Charts, will also appear on stage along with MACHETE, the solo project of Yaroslav Maly (TOKiO group) who was nominated at the Europe Music Awards in 2011, famous Russian rock group Bi-2 with their new album “Spirit” and special guests of the organizers.

The event marks the second Red Rocks Festival in Krasnaya Polyana, with last year’s Festival becoming a beloved event for both the Krasnodar Region and people across the whole of Russia. The world famous groups, The Kills, Crystal Method, Hercules & LoveAffair, Russian groups TOKiO, Siberia, Moral Code and others performed.

Sberbank was the Sochi 2014 General Partner of the Festival.