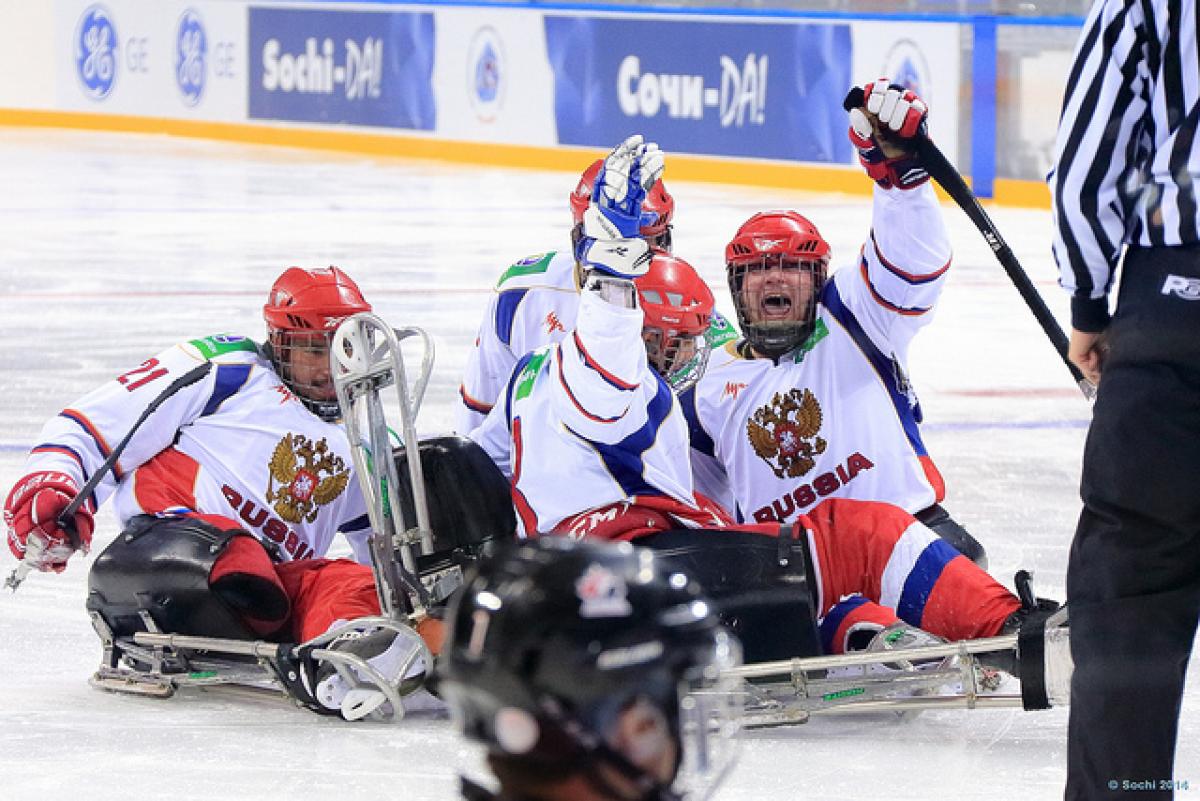 The minimum ticket price for Paralympic events will be 350 rubles, and the maximum 1,500 rubles. On average, tickets will be sold for 400-500 rubles.

The Paralympic Winter Games in Sochi will be an unrivalled opportunity to see the world’s best elite Paralympic athletes compete.

A total of 1,650 Paralympic athletes and their accompanying team members from 45 different countries will take part in the Games.

The Sochi 2014 Games will be held from 7-16 March, with 72 sets of medals being awarded in five sports – biathlon, cross-country skiing, ice sledge hockey, wheelchair curling and alpine skiing. Para-snowboard will make its Paralympic Games debut as a discipline under alpine skiing.

The minimum ticket price for Paralympic events will be 350 rubles, and the maximum 1,500 rubles. On average, tickets will be sold for 400-500 rubles.

Tickets for the Opening Ceremony of the Paralympic Games will range from 700-5,000 rubles, and for the Closing Ceremony from 400 to 2,000 rubles.

Ticket prices are inclusive, including all taxes and the right for spectators to travel on public transport during the Games on the competition day specified on the ticket.

Russian citizens and official resident foreign nationals will be able to purchase tickets via The Sochi 2014 Organizing Committee and via officially appointed Authorized Ticket Resellers. The full list of these Resellers is available on the official Sochi 2014 website.

Through 1 November, Russia-based fans will be able to purchase tickets with delivery – in this case, buyers will receive a souvenir ticket with a unique design. In addition, everyone will be able to pick up tickets purchased online at the main ticket offices in Moscow and Sochi and during the Games at the ticket office in the facilities.

In other countries, the authorized ticket resellers, appointed by the National Paralympic Committees (NPCs) will represent the primary contact for Paralympic tickets. International sports fans will also be able to access tickets through the Sochi website and the IPC Ticketing Agent eVentureZone in a selected number of countries.

A complete list of authorized ticket resellers appointed by the NPC of each country and the official reseller of the International Paralympic Committee (IPC), through which foreign nationals can buy tickets, has been published on the Sochi 2014 website.

In recognition of the Visa company's long-time support of the Paralympic Games, only Visa cards will be accepted for payment.

In order to attend the Paralympic Games, all spectators will need to obtain a spectator pass.

A spectator pass is a prerequisite for gaining access to the competitions and the Olympic Park, along with a ticket. It is not just a binding document for all spectators of the Games – it will be a memorable souvenir of the Games in Sochi.

After buying a ticket, every spectator is advised to register on the website to obtain a spectator pass as soon as possible. Once the Games have started, this will help avoid queues at the entrance to the sports venues and save time.

The spectator pass will be valid for the Olympic and Paralympic Games.

Details of the procedure for obtaining a Spectator Pass is available at: pass.sochi2014.com.