With 500 days until the Sochi 2014 Paralympic Winter Games, here’s a brief rundown of winter sport events to keep your eyes on between now and then. 24 Oct 2012
Imagen 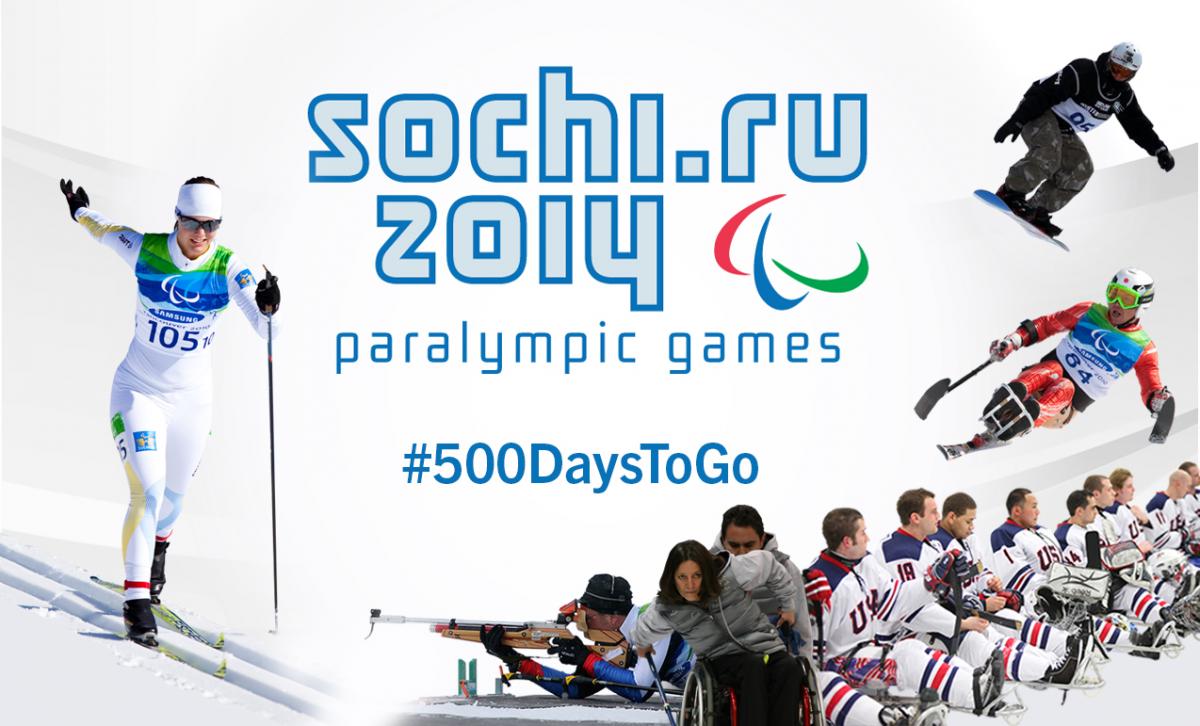 There will be 700 athletes from 45 countries competing in 72 medal events at the Sochi 2014 Paralympic Winter Games.

Within the next year, many of the winter para-sport events will also serve as qualifiers for Sochi 2014 and will give Paralympic sports fans a chance to get to know the athletes and their stories prior to the Games.

We have provided you with a sport-by-sport breakdown of the top events from now until Sochi 2014.

2013 Continental Cup: With five events on the schedule, this season’s Europa Cup will begin in Austria and travel to Germany, Switzerland, Italy and France. Top performers in this event last year included Austria’s Markus Salcher and Russia’s Alexandra Frantseva. NORAM - with events in Canada and USA - will feature the snowboard discipline for the first time.

2013 World Championships: From 17-27 February, the world’s top skiers will take to the slopes in La Molina, Spain, for the biggest event prior to the Sochi 2014 Games. Slovakia’s Jakub Krako and Germany’s Anna Schaffelhuber will be ones to keep your eyes on both in La Molina and in Sochi the following year.

2013 World Cup: The World Cup events will start in Sestriere, Italy, before moving on to St. Moritz, Switzerland, from 13-16 January, Rogla, Slovenia, from 11-14 February, and Sochi, Russia, from 7-12 March, with the latter acting as the Sochi 2014 test event at the Rosa Khutor Alpine Centre. The snowboard discipline test event will actually be held separately a few days prior, from 4-6 March.

2013 World Cup: This year’s World Cup consisting of biathlon and cross-country skiing will begin on 11 December 2012 in Vuokatti, Finland, and then will make its way to the USA, Poland and Russia. The final stage of the event will act as the Sochi 2014 test event.

2013 World Championships: The third edition of the World Championships in the sport will take place at the Hallstaberget ski venue from 21 February – 3 March, just 10 minutes from Solleftea, Sweden. Ones to watch at the event include Poland’s Katarzyna Rogowiec, Canada’s Brian McKeever and Russia’s Roman Petushkov and Mikhailina Lysova.

2012 B Pool World Championships: From 12-17 November, the world’s second top tier of teams will battle it out in Novi Sad, Serbia, with the top two finishers moving up to the A Pool for 2013, improving their chances of qualifying for Sochi 2014. Germany, the Netherlands, Russia, Sweden, Poland and Austria make up the field in Novi Sad.

Sochi 2014 test event: The final major competition before the Paralympic Games will be the test event itself at Shayba Arena in Sochi from 26 August – 1 September, which is expected to draw several of the world’s top teams.

World Wheelchair Curling Qualification: From 3-8 November, 11 countries will take to the ice at the Kisakallio Sports Institute in Lohja, Finland, with the top two finishers moving on to February’s World Championships. The teams competing in Lohja are: Czech Republic, Denmark, Finland, Germany, Italy, Japan, Latvia, Norway, Poland, Switzerland and Turkey.

2013 World Wheelchair Curling Championships: The world’s top 10 mixed gender teams will compete for the wheelchair curling world title from 16-23 February at the Championships in Sochi, Russia, which will also act as the test event for the 2014 Winter Games. The eight teams that have already directly qualified for the event thus far include Russia, Korea, China, Slovakia, USA, Scotland, Canada and Sweden. The other two will come from the qualification event in November.