Look back at some of the biggest upsets and shocking results from the Paralympic Winter Games. 19 Mar 2014
Imagen 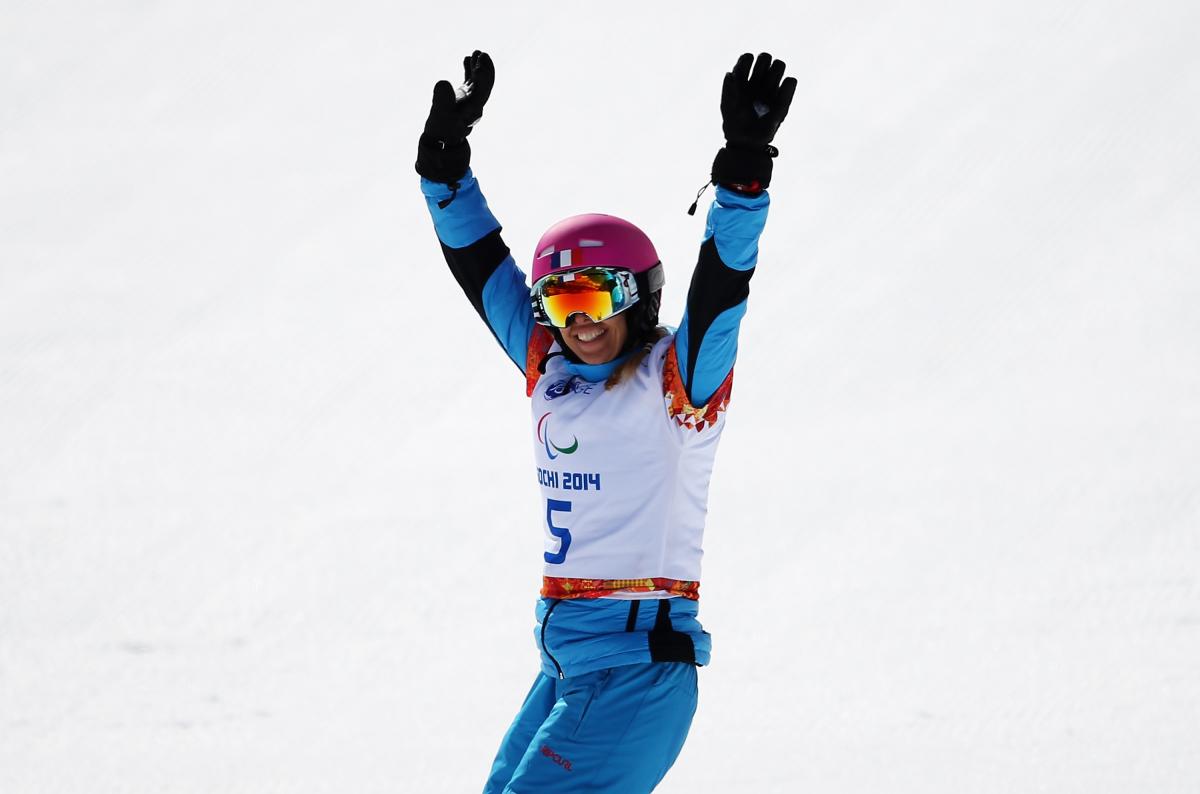 It is safe to say everyone’s expectations were surpassed and more, as a record 316,200 tickets were sold and Russian fans were boisterous and loud across all venues.

1. McKeever falls, gets back up

When Canadian cross-country skier Brian McKeever fell down on his back just 200m into the men’s 1km sprint visually impaired event, fans thought his ninth career Paralympic gold had slipped away. But he got back up with more energy than before, caught up to the pack and sprinted to the finish to claim the gold in dramatic fashion.

At age 45, the cross-country skier from Belarus still showed the world she has what it takes, picking up her eighth Paralympic medal. She won the bronze in the women’s 15km visually impaired event.

Cecile Cervellon Hernandez-Ep was not even on the radar to make the podium in the debut of snowboard cross at Sochi 2014, but she shocked fans with a combined time of 2:07.31 to take the silver medal.

These two Americans – adopted from Russia and Ukraine, respectively – are both Paralympic medallists from London 2012 and were making their Winter Games debuts in Nordic skiing. Neither expected to medal in Sochi, so both were ecstatic to find themselves on the podium. Masters won silver in the women’s 12km sitting cross-country skiing race and bronze in the 5km, and McFadden won silver in the 1km sprint sitting.

Heading into the Games, everyone was talking about Japanese sit-skiers Taiki Morii and Takeshi Suzuki. But it was Akira Kano who fared the best for Japan in the men’s sitting alpine skiing races, winning golds on the first two days of competition in the downhill and super-G.

The host nation booked their ticket to the ice sledge hockey semi-finals by defeating the defending Paralympic champions USA, 2-1, in front of a capacity crowd at Shayba Arena. The game received worldwide media attention as the Russians ended American goaltender Steve Cash’s shutout streak, which finished at over 313 minute of play.

On the strength of a three-point performance by the 16-year-old, the USA ousted rival and world champions Canada, 3-0, in the ice sledge hockey semi-finals. Farmer scored two goals and assisted on the other in the game.

Norway became just the third team to beat Canada in wheelchair curling since Vancouver 2010, defeating the Paralympic champions 8-6 during round-robin play in Sochi. Canada were able to successfully regroup from the loss to come back and win their third consecutive gold in the sport.

Slovakia started out their Paralymic debut with three straight victories before falling to Great Britain on Day 3 of the Games. A respectable sixth-place finish at Sochi 2014 is more than anyone on the team could have hoped for.

11. Age not a factor for Sweden

While Kelly Gallagher won Great Britain’s first-ever Paralympic Winter gold, it was her teammate Jade Etherington who surprised for the Brits with four medals in her Paralympic debut. The 23-year-old visually impaired alpine skier won silver in the downhill, slalom and super-combined, as well as bronze in the super-G.

13. From seventh to silver for Santacana

Following the first run of the men’s slalom standing alpine skiing event, Spain’s Jon Santacana Maiztegui – while fighting a cold – found himself in seventh place. He then pulled out all the stops with guide Miguel Galindo Garces to put together an incredible second run and vault themselves to the second step on the podium. After being sidelined with an Achilles injury for six months leading up to the Paralympics, Santacana Maiztegui left Sochi with two medals.

Many people were unsure what to expect from Russian crowds when they hosted the Paralympic Winter Games for the first time. It is safe to say everyone’s expectations were surpassed and more, as a record 316,200 tickets were sold and Russian fans were boisterous and loud across all venues.