Sochi 2014 Volunteers Will Get British Accent 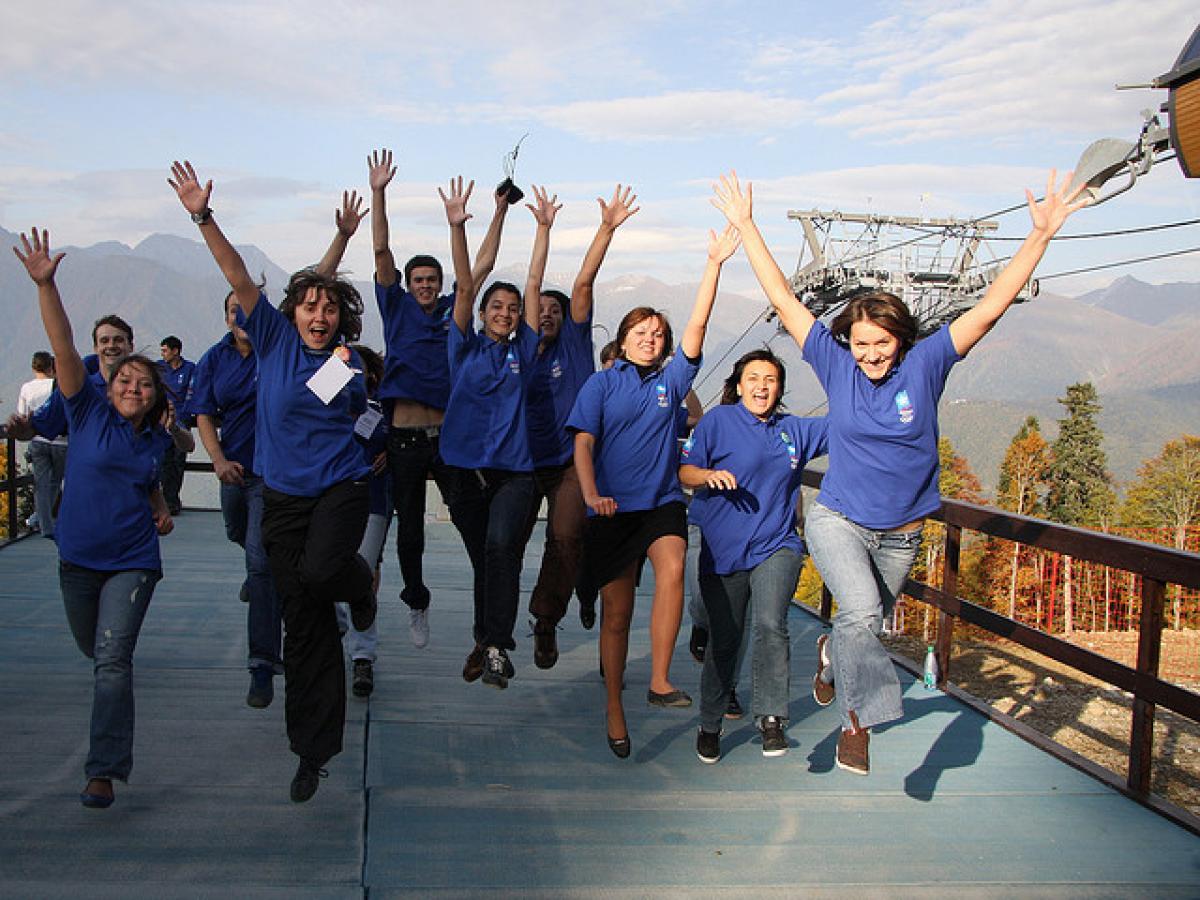 "We will be the first Organizing Committee in the history of Winter Olympic and Paralympic games to provide a large scale games-time test to our volunteers’ performance prior to their exposure at Sochi 2014."

The selection will be undertaken during the first Volunteer Movement Rally opened today in the city of Sochi. The Rally assembles 250 volunteers from 14 regions of Russia and 26 “Sochi 2014” Volunteer Centers. The results of the selection will be announced in November 2011. In total 104 people will form the Russian Volunteer Team for London 2012: 80 of them will work at the Olympic Games, and 24 at the Paralympic Games.

In the meantime youngsters are to return to their regions sharing precious experience and memories including those of their new friends: students from the University of Central Lancashire who also took part in the Rally and shared their skills with their Russian colleagues.

The Rally’s main goal is to develop a sense of involvement in the Games among the volunteers and to cultivate leadership skills among the volunteer movement participants. The best among them – “the golden hundred” - will be sent to the 2012 Games in London to try their strength and gain experience from other countries’ volunteers. After they return from London, the volunteers will share their knowledge with their colleagues from the volunteer centers around Russia.

A programme filled with training sessions, contests and seminars is arranged for the participants of the Rally by a professional team of trainers and organizers

Dmitry Chernyshenko, President of the Sochi 2014 Organizing Committee, said: "Sochi 2014 Volunteer Centers will start their massive recruitment of volunteers in February 2012 – two years prior to the Games. The “golden hundred” of the Sochi 2014 volunteers baptized by the London Games will become a good human resource basis for the volunteer centers.

“We will be the first Organizing Committee in the history of Winter Olympic and Paralympic games to provide a large scale games-time test to our volunteers’ performance prior to their exposure at Sochi 2014.”