South Korea sweep the board in wheelchair dance at Incheon 2014

The hosts of the Asian Para Games win all three gold medals on offer in wheelchair dance sport on day one. 20 Oct 2014
Imagen 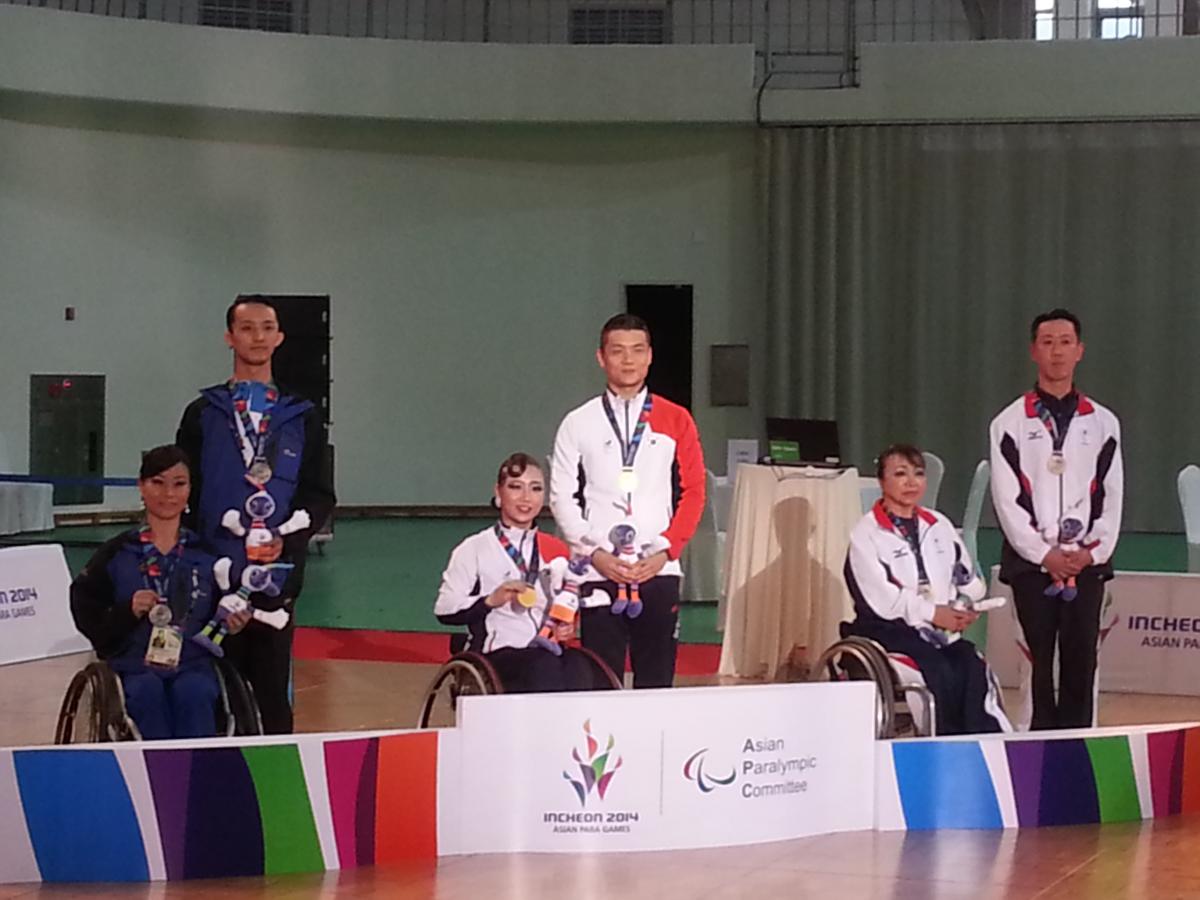 All three gold medals from wheelchair dance sport competition on day one (Monday, 20 October) of the Incheon 2014 Asian Para Games were won by hosts South Korea.

Jaewoo Lee and Hye-Jong Yang, the current World No.2 in combi standard class 1, took the crown once again with impressive scores in all five of their dances.

A near perfect Waltz and Quickstep saw the world No.3 couple of Joon-Young Park and Moon-Young Choi take gold in the combi standard class 2. Only one judge scored them lower than one point across both dances.

Jong-Chul Choi and Moon-Young Choi, with Moon-Young this time dancing with a different partner, stole the show by ranking first in all rounds in the duo Latin class 2.

Their Samba, Rumba, Pasa Doble and Jive all received the highest marks possible, except for one judge.

The silver and bronze were won by Chinese Taipei dancers. Wen-Sheng Juo and Yi-Jung Huang placed second whilst Tsun-Sheng Kao and Hsin-Yu Lin were third.