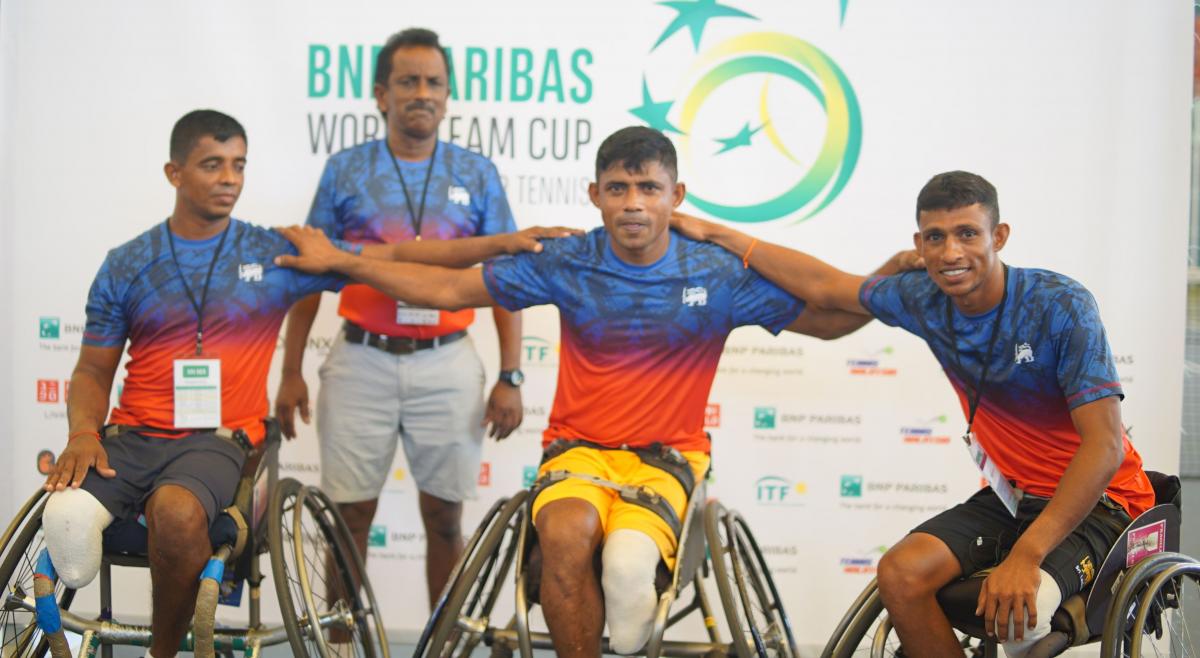 Sri Lanka and Thailand have completed victories in the men’s and women’s wheelchair tennis events at the World Team Cup Asian-Oceanian Qualification in Kuala Lumpur, Malaysia, on 4 March.

Both teams have now qualified for the 2019 BNP Paribas World Team Cup finals, which will take place in Israel from 13-18 May.

Top seed Sri Lanka beat hosts Malaysia 2-0 after winning both singles rubbers. Sri Lanka got off to a winning start in the final courtesy of Gamini Dissanayake.

The world No. 69 avenged his recent three-set loss to Abu Samah Borhan at the Negombo Open in Sri Lanka to take their latest contest 7-6 (3), 6-1.

Sri Lankan No.1 Suresh Dharmasena stretched his unbeaten record against Mohamad Yusshazwan Yusoff to six matches as he wrapped up a 6-2, 6-3 win to seal the 2-0 victory.

“It’s been a great experience. We had a tough time against China and we lost to them last year, so it’s good to get our revenge. Everyone’s come together well. Our aim was to win this tournament and we made it,” Sri Lanka’s captain said.

“There was extra pressure because we had to beat Australia [in the round-robin pool] and they have Ben Weekes, one of the tougher players, but we pulled through. And, of course there was even pressure today against the home team, but we handled it.”

A Sri Lankan men’s team will now contest the World Team Cup finals for the 16th time and the first since 2016.

Thailand dominated both of their ties against Malaysia to wrap up a 2-0 victory.

World No. 44 Wanitha Inthanin and world No. 10 Sakhorn Khanthasit proved much too strong for their Malaysian counterparts. The former secured back-to-back 6-0, 6-0 wins over Malaysia’s Nur Aqidah in both of Saturday’s and Sunday’s ties.

“We are very proud to represent Thailand in the Asian Qualification and would like to thank BNP Paribas for supporting this event. We are looking forward to going to Israel now and we will try our best,” said Thailand´s captain

Thailand will now have a women’s team contesting the finals for the 17th time.