The athlete has died following a training ground incident as he prepared to compete at London 2017. 11 Jul 2017
Imagen 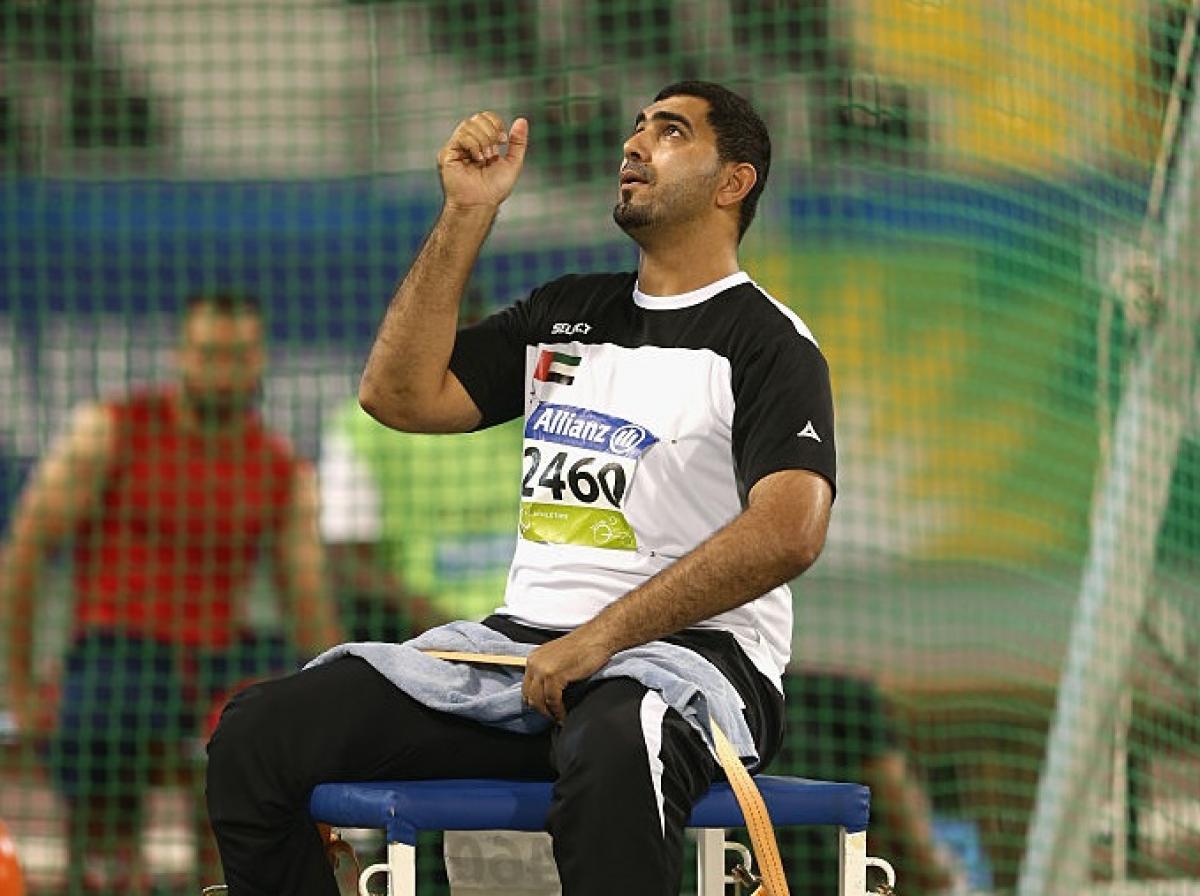 Hayayei, 36, a thrower in the F34 class, was training at Newham Leisure Centre in preparation for the World Para Athletics Championships London 2017 which open on Friday when the incident took place.

Emergency services were called shortly after 17:00 to reports of a seriously injured man. Police, London Ambulance Service and London’s Air Ambulance attended the scene. At 17:20 the athlete was pronounced dead at the scene.

The athlete’s family who are in the UAE have been informed of his death and the UAE team were brought together at the team hotel to be informed of the tragic news.

Sir Philip Craven, IPC President, said: “We are all truly devastated by this tragic news and the passing of Abdullah. The thoughts, prayers and condolences of the whole Paralympic Movement are with Abdullah’s family, friends and teammates as well as the whole of the National Paralympic Committee of the UAE. We are all in state of shock at this terrible tragedy.”

Ed Warner, Co-chair of London 2017, said: “This is a devastating event and everyone within the London 2017 Organising Committee is shocked and saddened. Our thoughts and prayers are with all of Abdullah's family and teammates at what is undoubtedly a very difficult time for them. We will be working closely with all the competitors and teams over the days ahead to offer support wherever it is needed.”

Sir Robin Wales, Mayor of Newham said: "The whole of Newham will be saddened by this tragic incident. All our thoughts of course are with the family of Abdullah Hayayei at this time.”

Chelsey Gotell, Chairperson of the IPC Athletes’ Council said: “The IPC Athlete Council is devastated to hear about the passing of Abdullah Hayayei.

“As the Paralympic athlete community, we come together to celebrate the joy of sport but we also come together as a family to mourn during the most difficult of times. On behalf of all Paralympic athletes, we would like to extend our unwavering love and support to his family, teammates, friends and the NPC of the United Arab Emirates."

The Health and Safety Executive (HSE) have been informed about the incident.

Last September, Hayayei made his Paralympic debut at the Rio 2016 Paralympic Games. He finished sixth in the javelin F34 and seventh in shot put F34.

London 2017 was to be Hayayei’s second World Championships. At the 2015 event in Doha, Qatar, he finished fifth in the discus F34 and eighth in shot put F34. He was set to compete in the shot put, discus and javelin F34 events.

During Friday’s Opening Ceremony at the London Stadium a moment of silence will be held in honour of Hayayei’s death.

The IPC and the London 2017 Organising Committee will stage a press conference on Wednesday (12 July) at the Upper Welcome Zone at the Aquatics Centre in Queen Elizabeth Olympic Park at 12:00.