Stutzman and Brown advance in archery 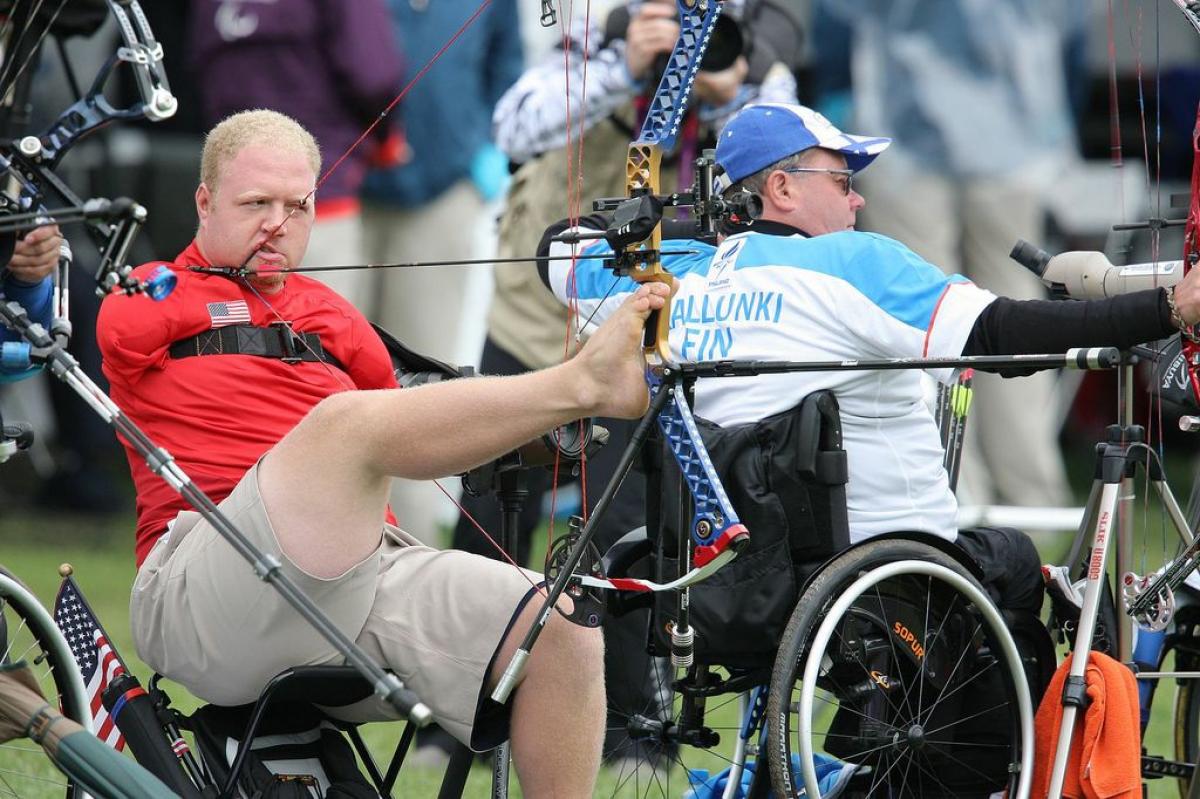 On the final day of archery quarter-finals on Sunday (2 September), the top three women’s recurve standing archers were eliminated from competition and two big names in USA’s Matt Stutzman and Great Britain’s Danielle Brown both advanced to the quarter-finals.

Across the men and women's competition, Russia fielded a large contingent and, not wanting to disappoint, of the six potential semi-final spots up for grabs by Russia's archers, five were snapped up.

Russia’s Mikhail Oyun and Oleg Shestakov both won their men’s recurve standing rounds, with Oyun having an impressive 6-2 victory over Ukraine’s Yuriy Kopiy.

Elsewhere Turkey’s Zafer Korkmas, who had knocked out Paralympic record-breaker Kenny Allen of Great Britain, fell short against Russia’s Oleg Shestakov by a score of 6-4.

The returning Beijing finalists were in action, and as anticipated, the match between defending gold medallist Hwa Sook Lee of Korea and Magali Comte of Switzerland was closely fought. Lee went 4-0 down but made a great comeback to win the next three ends in style to keep her title defense on track.

The grandstands were packed for home crowd favourite Danielle Brown, who faced Maria Rubio Larrion of Spain. It was a closer match than Brown would have wished for, with many tied ends. However, a 10 in her final end helped her clinch a 6-4 victory.

It was an all-American affair with top ranked Matt Stutzman taking on his teammate Dugie Denton in what turned out to be a very close contest in the men's compound open. After four ends, the two were both on four set points and a win was within Denton’s grasp. But an eight with his final shot let Stutzman win the set 29-28 to take the match,