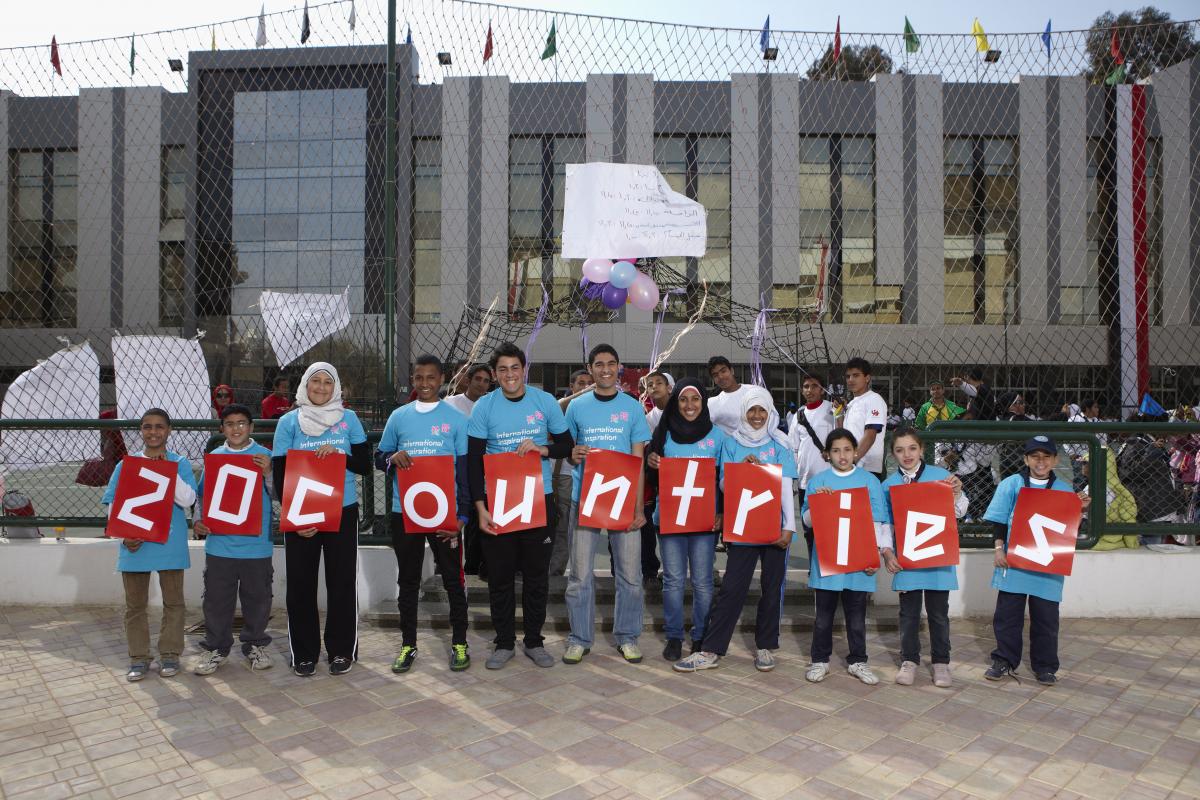 The London Organizing Committee of the Olympic Games and Paralympic Games (LOCOG) today announced that London 2012’s ground-breaking legacy programme, International Inspiration, has kept its promise to reach 12 million children in 20 countries around the world.

The announcement comes as Egypt was named the 20th and final country to join International Inspiration, which promised to enrich the lives of children and young people around the world by increasing access to high-quality and inclusive physical education, sport and play. International Inspiration reached 12 million children through the programme a year ahead of schedule in July 2011. Following recent launches in Ghana, Ethiopia and Tanzania, the programme will now start work in its 20th country, Egypt.

The announcement was made at a sport and education conference in Cairo, hosted by the British Council – one of the organizations helping to deliver the programme - and attended by International Inspiration ambassador Baroness Grey-Thompson, one of the UK’s greatest Paralympians.

The Secretary General of the National Olympic Committee, Mr El Motaz Sonbol, the Chair of the Paralympic Committee, Dr Ashraf, and senior representatives from the National Sports Council. Egypt’s major Universities and the Egyptian Ministry of Education also attended the conference which gave senior figures in sport and education in Egypt a forum to discuss the two-year country plan for International Inspiration.

The II Foundation selected Egypt as the final International Inspiration country using criteria based on sport development, youth development and educational indicators. There is a real passion to enrich lives through sport in Egypt and senior Egyptian stakeholders in education and sport, as well as young people themselves, have been consulted in recent months and work is now underway to determine the strategic direction of the country programme.

Seb Coe, Chair of LOCOG said: “I’m thrilled to welcome Egypt as the 20th and final country to the International Inspiration programme. Our vision from the outset was to use the power of the Games to inspire change – engaging the youth of the world through sport. The work the programme will achieve in country will allow us to reach out to thousands more children and young people and inspire them to go beyond their personal best.”

Baroness Grey-Thompson, II Ambassador said: “Sport is a powerful means of engaging young people and allowing them to channel their energy in a positive way. International Inspiration will give young people in Egypt the access to sport that I had growing up, that which inspired me to achieve things in life that I am proud of, including my Paralympic gold medals.”

International Inspiration, delivered by the British Council, UNICEF and UK Sport, is bringing to life the promise made by the London 2012 bid team where they pledged to reach young people all around the world and connect them to the inspirational power of the Games so they are inspired to choose sport.

International Inspiration will now focus on ensuring that initiatives are sustainable and will leave a lasting legacy in all twenty countries after the final year of the programme in 2014.