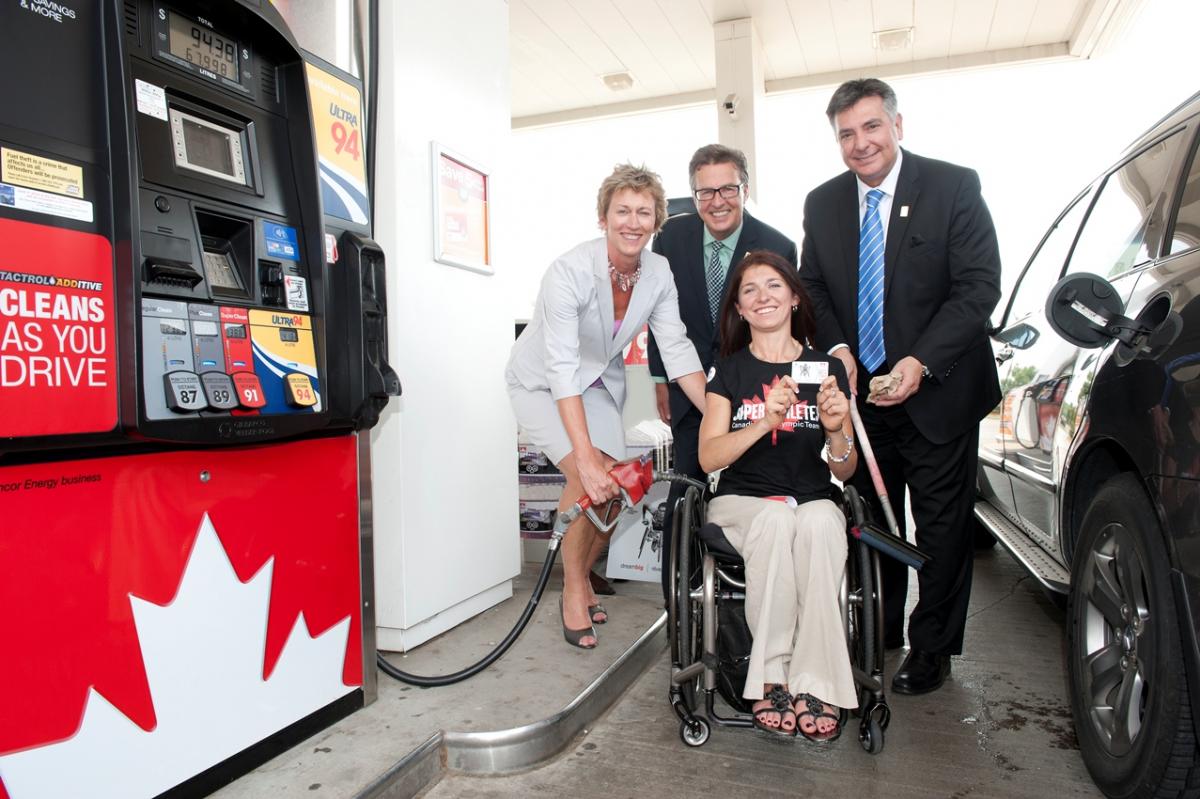 "Contributing to the development of athletes at the earliest stages, helping their dreams become reality is very important to us."

The Canadian Paralympic Committee (CPC) and Suncor Energy announced on Tuesday (19 June) that Suncor, through its Petro-Canada brand, will continue to support Canadian Paralympic athletes, their coaches and their families for an additional four years.

In addition to the renewed sponsorship, Suncor also announced the launch of the Petro-Canada Paralympic Fuel Savings card which will be available at Petro-Canada stations across the country.

"Suncor Energy truly exemplifies passion, dedication, and commitment to the Paralympic movement," said Henry Storgaard, CEO of the Canadian Paralympic Committee. "I am in awe of the caring relationship that has developed between CPC and Suncor over last 13 years and on behalf of the CPC and our athletes, would like to thank Suncor for your support. The Paralympic Movement in Canada would not have been able to grow like it has, without this partnership."

The renewed sponsorship extends a current sponsorship agreement from 2012 to 2016, with an investment in the Canadian Paralympic movement past the Sochi 2014 Paralympic Winter Games, the Toronto 2015 Pan/Parapan American Games and through to the Rio 2016 Paralympic Summer Games.

"Contributing to the development of athletes at the earliest stages, helping their dreams become reality is very important to us" said Deborah Gullaher, Suncor's vice president of Marketing. "We celebrate the achievements of high potential athletes and support the development of these 'up and comers' into Canada's future elite athletes."

"The McGuinty government is proud to support our outstanding para-athletes. They are champions who inspire Ontarians and Canadians on the World stage," added Charles Sousa, Minister responsible for the Pan and Parapan American Games. "Congratulations to Suncor for stepping up to the plate and helping our athletes achieve their dreams."

A Paralympic partner since 1999, Suncor has extended its support beyond athletes to include coaches and families, recognizing that their support is critical to an athlete's success.