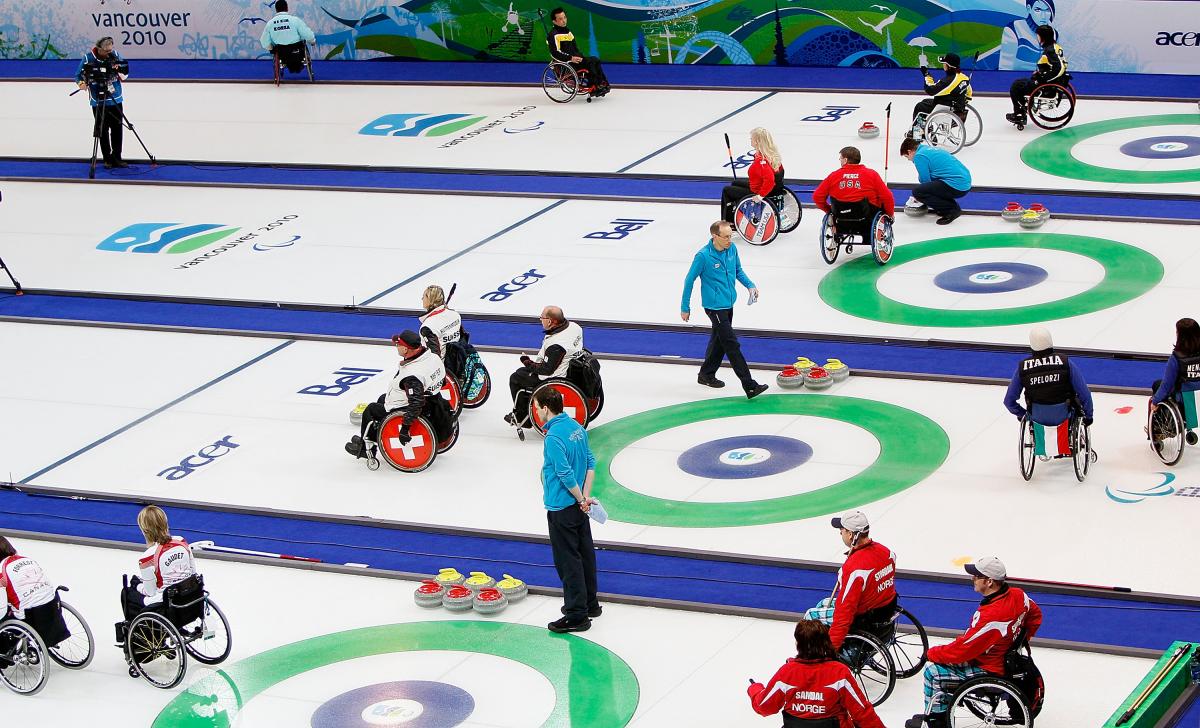 Sweden’s Jalle Jungnell played spoiler to Canada’s perfect record Monday night at the 2010 Paralympic Winter Games as the round robin continued at the Vancouver Paralympic Centre.

Sweden improved its record to 2-3 with the 8-4 win over Jim Armstrong’s crew. The Americans, led by Augusto Perez, won two games today to put themselves in a tie for first place with Canada at 4-1.

The standings after that are quite tight with Sweden winning two games today to improve to 2-3 and Switzerland’s Manfred Bolliger picking up a second win with a 9-3 victory over Germany’s Jens Jaeger.

Korea’s Haksung Kim rink split the day with a win in the morning over Great Britain but then lost to Norway’s Rune Lorentsen to remain in third place.

Michael McCreadie, Great Britain, said after loss to Korea: “Although we are losing, the team dynamics are awesome. That will help us.”

Haksung Kim, Korea, said after win over Great Britain: “The game was important for Korea. In the beginning we were really nervous to beat Great Britain but after [a few ends]the athletes were not nervous and not tense.”