Three gold medals up for grabs in boccia

The podium for the mixed pairs BC4, mixed pairs BC3 and mixed team BC1 will be decided on the third day of boccia competition. 04 Sep 2012
Imagen 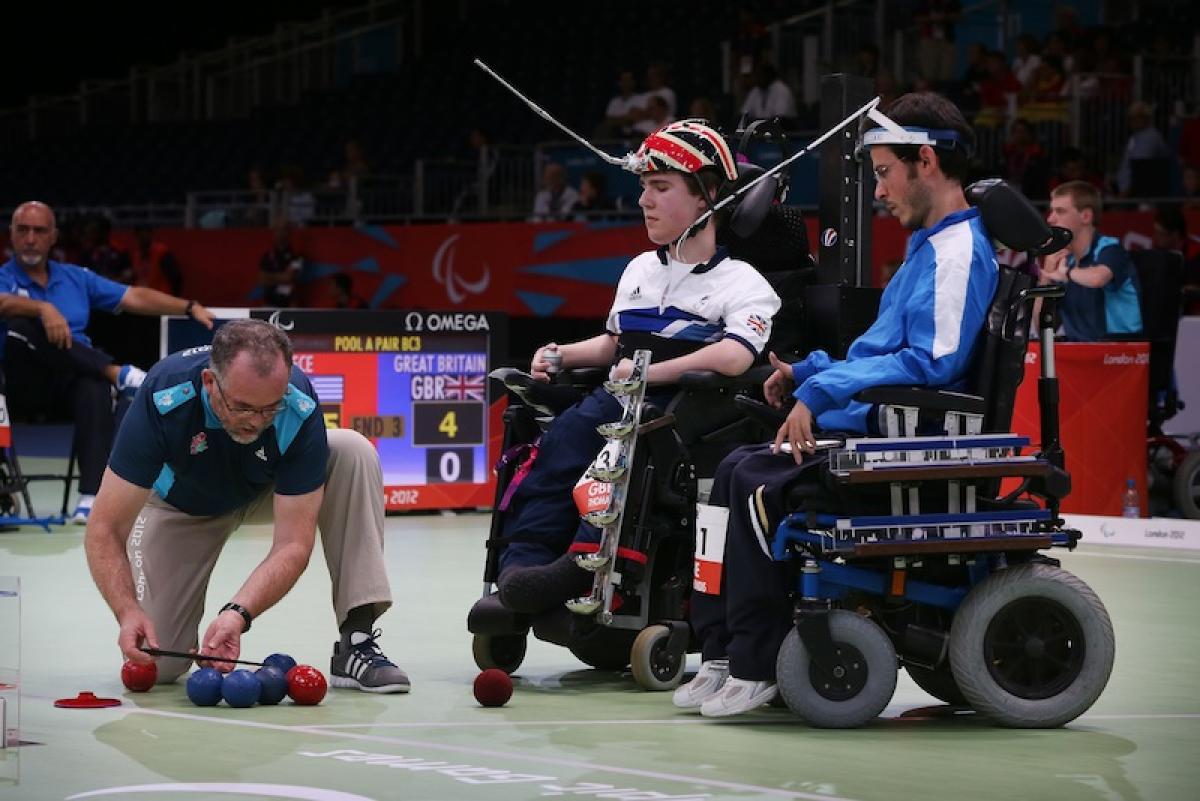 Great Britain is represented in two of the bronze medal matches, taking on Canada in the BC4 mixed pairs and Portugal in the BC1-2 team, while Korea face Belgium in the BC3 mixed pairs.

The first medals of the Boccia tournament will be decided at the ExCel Arena on Tuesday (4 September).

The matches for bronze are scheduled to take place in the morning, before six different nations compete for gold in the BC3 and BC4 mixed pairs, as well as BC1-2 mixed team event.

Brazilians Eliseu Dos Santos and Dirceu Pinto, have won all four of their matches at London 2012 and will be favourites against Radek Prochazka and Leos Lacina in the BC4 category. The Czech duo took the bronze medal home from the Beijing 2008 Paralympic Games and Prochazka insisted they will be happy whatever the result in the final.

“I am very lucky that we have a minimum silver medal,” he said. “I have respect for Brazil because every match is very hard against them.”

The BC3 mixed pairs match features Greece against Portugal in a clash between the world’s top two nations in the category. The Greeks cruised past Belgium 7-0 in the semi-final, although Grigoris Polychronidis is expecting a much tougher test to win gold.

“[Portugal] is a traditionally strong team,” he explained. “We meet almost every year. Sometimes we win, sometimes we lose but we will give our all tomorrow because that's the biggest game, the final of the Paralympics.”

In the absence of top seeds, Korea, the Thai BC1-2 team are favourites for gold after beating Great Britain 18-1 in the semi final. China provide the opposition and will be no pushovers, having already come from behind twice in the tournament to win against the Koreans and Portugal.

Reflecting on his team’s 6-4 semi-final victory over the Portuguese, Chinese coach Jainan Tian said: “We are satisfied with our performance. The Paralympic spirit is never to give up and we didn't. We applied a special strategy for this match and enjoyed the process.”

Great Britain is represented in two of the bronze medal matches, taking on Canada in the BC4 mixed pairs and Portugal in the BC1-2 team, while Korea face Belgium in the BC3 mixed pairs.