The relay started with two separate flames, one lit in Ottawa and the other lit at the spectacular Niagara Falls. 04 Aug 2015
Imagen 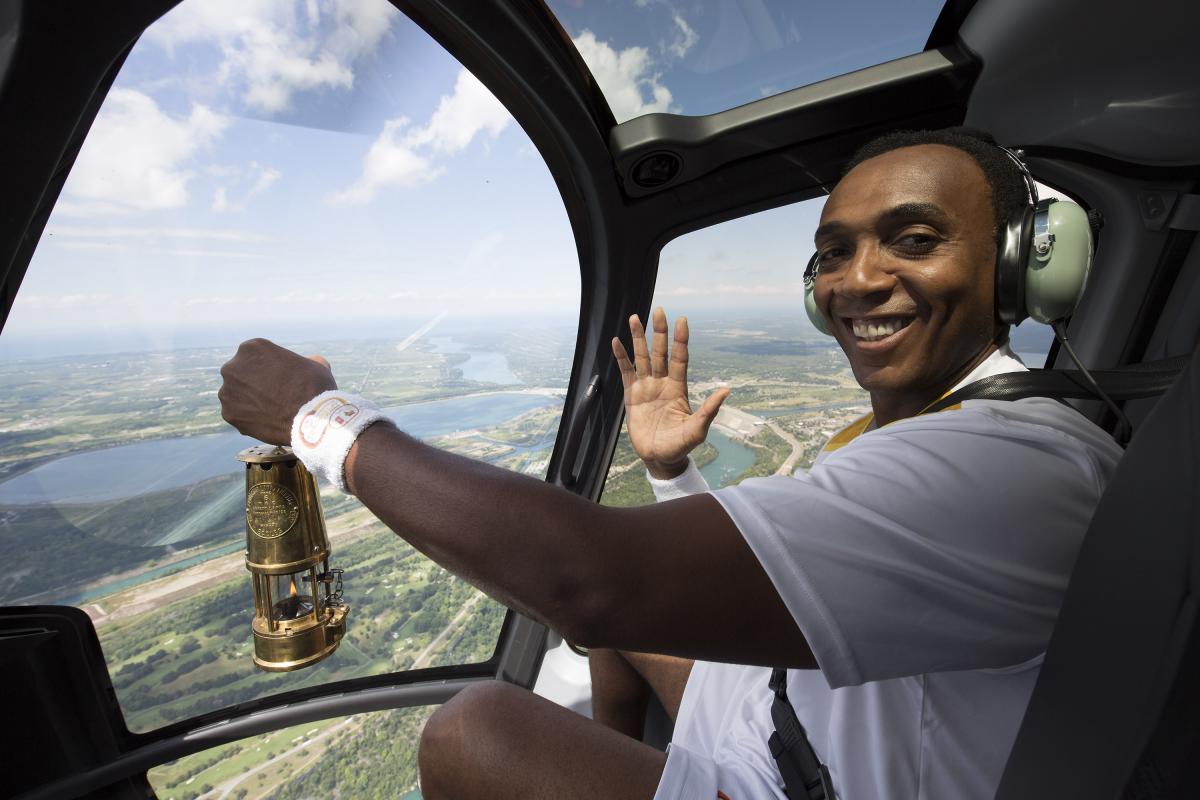 Dwight Drummond, CBC News Toronto co-host, carries the Parapan Am flame on board a helicopter in Niagara Falls, Ontario.

The Toronto 2015 Parapan American Games Torch Relay got underway on Monday (3 August) with two separate flames lit – one in Ottawa, Ontario and one in Niagara Falls, Ontario – marking the start of a five-day inspirational journey that will climax at Friday’s (7 August) Opening Ceremony.

After special ceremonies were conducted to the west and east of Toronto, the two flames will now embark on a journey that will involve 250 torchbearers covering over 700km, visiting 12 communities. The two flames will be brought together on Thursday (6 August) in Toronto before one final leg of the relay around the host city.

In Ottawa, the flame was lit on Parliament Hill and Peter Schuler was the first torchbearer. Other torchbearers in the east on the first day included Paralympic and World Championship medallist in wheelchair racing Chelsea Lariviere and eight-time Paralympic medallist in alpine skiing Karolina Wisniewska.

“Today marks the start of a five-day build-up to the biggest Parapan American Games ever, a fantastic sporting event that has the potential to act as a catalyst to changing attitudes towards people with impairment and making for a more inclusive society,” said Campo.

“The Flame lit here is a unique source of energy that will bring together more than 1,600 para-athletes from 28 countries in the Americas.

“It represents the history and spirit of the Parapan American Games which started in 1999 in Mexico City and have taken place every four years since in Argentina, Brazil and Mexico one again.”

In the west, the flame was lit at the spectacular Niagara Falls and one of the first torchbearers was CBC news anchor Dwight Drummond who carried the flame over the falls while travelling in a helicopter.

The Toronto 2015 Parapan American Games Torch Relay is the biggest in the history of the Games which, when they open, on Friday will involve 1,600 athletes from 28 countries competing in 15 sports.