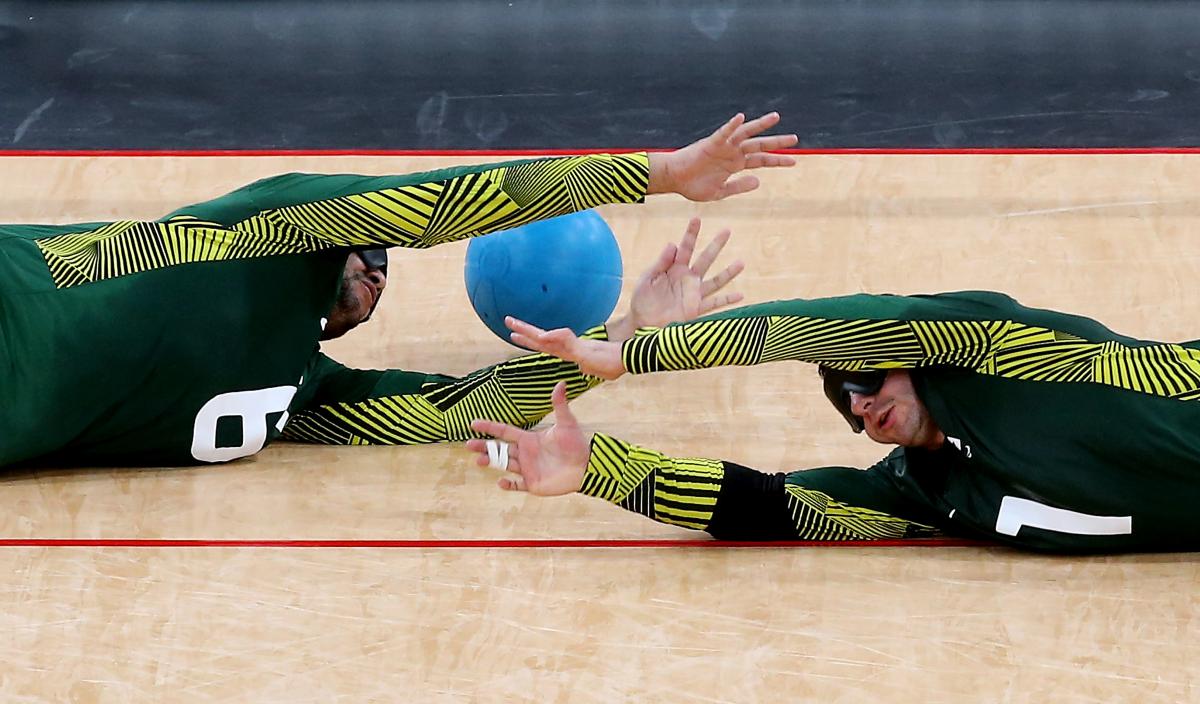 Brazil's Romario Diego Marques tries to stop the ball against Finland at the London 2012 Paralympic Games.

The men’s and women’s teams from Brazil and USA have already qualified for Rio 2016 courtesy of their performances at last year’s World Championships. USA won the women’s world title and Brazil the men’s.

The top ranked team (not otherwise qualified) in both the men’s and women’s competitions will qualify for Rio 2016.

Romario was the World Championship’s second top scorer with 30 goals in 2014, as Brazil won the men’s world title. Although he takes his name from his footballer namesake, his hero is F1 legend Ayrton Senna.

Dennis was part of the USA’s world title winning side in 2014. She scored 13 goals, exactly half of her side’s total goals at the tournament in Finland.

Despite elimination in the group stages at last year’s World Championships the Canadians were free scoring with Gaulin bagging 21 of his side’s 41 goals.

Goalball is played exclusively by athletes with visual impairments, using a ball with bells inside. Two teams of three face off on an indoor court with tactile lines and goals at either end. Because athletes must hear the ball and be able to concentrate, spectators are asked to remain silent during the game but are free to cheer when a goal is scored.

All athletes wear eyeshades so that athletes of varying degrees of vision can compete together.

Two teams of three face off on an indoor court with tactile lines and goals at either end. The object is to score by rolling the ball through the opponent’s goal. Players attempt to block the shots using his/her body. The team with the most goals wins.

For the Parapan American Games, the venues will stage the goalball, powerlifting and wheelchair rugby competitions.