With the men’s team the current Paralympic champions and the women’s side world title holder, Canada will be looking to do the double. 05 Aug 2015
Imagen 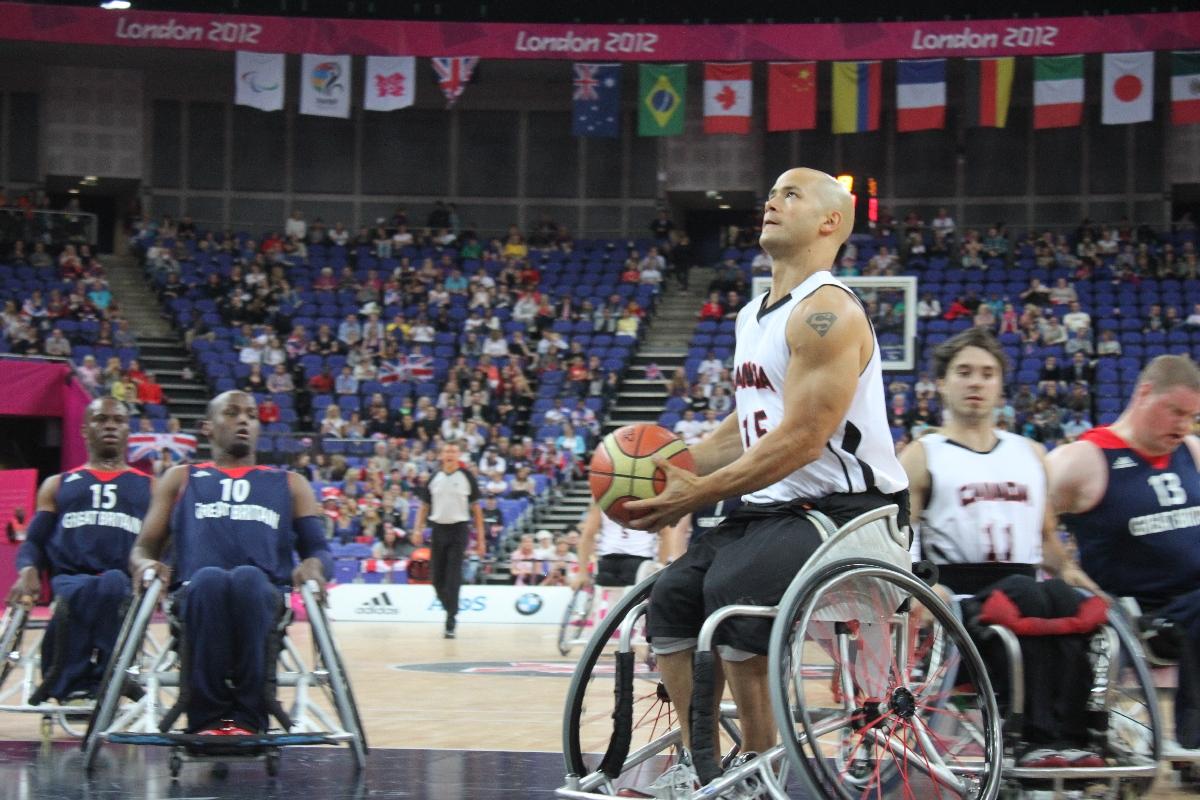 David Eng of Canada competes at the London 2012 Paralympic Games.

Canada’s men won Paralympic gold at London 2012 but have since lost a number of players due to retirement leaving the men’s competition wide open. Last year Canada’s women won the world title at this same venue and will start as strong favourites for Parapan gold.

The 33-year-old 4.0 player is a survivor of the Colombian team that caused a major upset at the 2011 Parapan American Games by beating Canada in the semi-finals. He captains the side.

This will be Eng’s fourth Parapan American Games. He was part of Canada’s Paralympic gold medal winning sides in 2004 and 2012 and will be hoping his side improves on the bronze they won four years ago in Guadalajara, Mexico.

A member of the national wheelchair basketball team since 2008 and competed at the Beijing 2008 Beijing and London 2012 Paralympic Games where Canada failed to medal. She was part of the world title winning team in 2014, bronze in 2010 and a silver medal at the 2011 Parapan American Games in Guadalajara, Mexico.

Wheelchair basketball is similar to able-bodied basketball — players move the ball around the court by passing or dribbling the ball, except that they must throw or bounce the ball after every two pushes of the wheels on the chair, otherwise they will be penalized for travelling. The objective is to throw the ball into the opponent’s net. One, two or three points are awarded for each goal, depending on where the ball is thrown from. The team with the most points at the end of game wins.

The size of the court and the height of the net is the same as in able-bodied basketball. Teams are comprised of five players, and the sport is open to athletes with physical disabilities that prevent them from running, jumping and pivoting. Not all athletes use a wheelchair, however, in daily life.

Once known as Canada’s “Cathedral of Hockey,” for more than 80 years this national historic site has seen its share of landmark moments — and in 2015 the tradition will continue. Known at Games time as the Ryerson Athletic Centre, these hallowed walls will host wheelchair basketball during the Toronto 2015 Parapan American Games.

The venue was significantly renovated recently and while its iconic exterior remains, the refurbished interior boasts an NHL-sized rink, multi-purpose courts and an impressive high-performance fitness facility.

Basketball plays a key part in this venue’s history. In 1946, the first professional basketball league game ever played was held on these courts. It saw the domination of Team USA’s Dream Team II at the 1994 FIBA World Championship of Basketball, and, more recently, the Canadian women’s team won gold at the 2014 Women’s World Wheelchair Basketball Championship.

Gates open for morning session two hours before competition starts, whilst in the evening it is one hour before the first game.