Russia finished atop the medal standings at the 2013 World Archery Para-Championships, followed by Great Britain and Turkey. 08 Nov 2013
Imagen 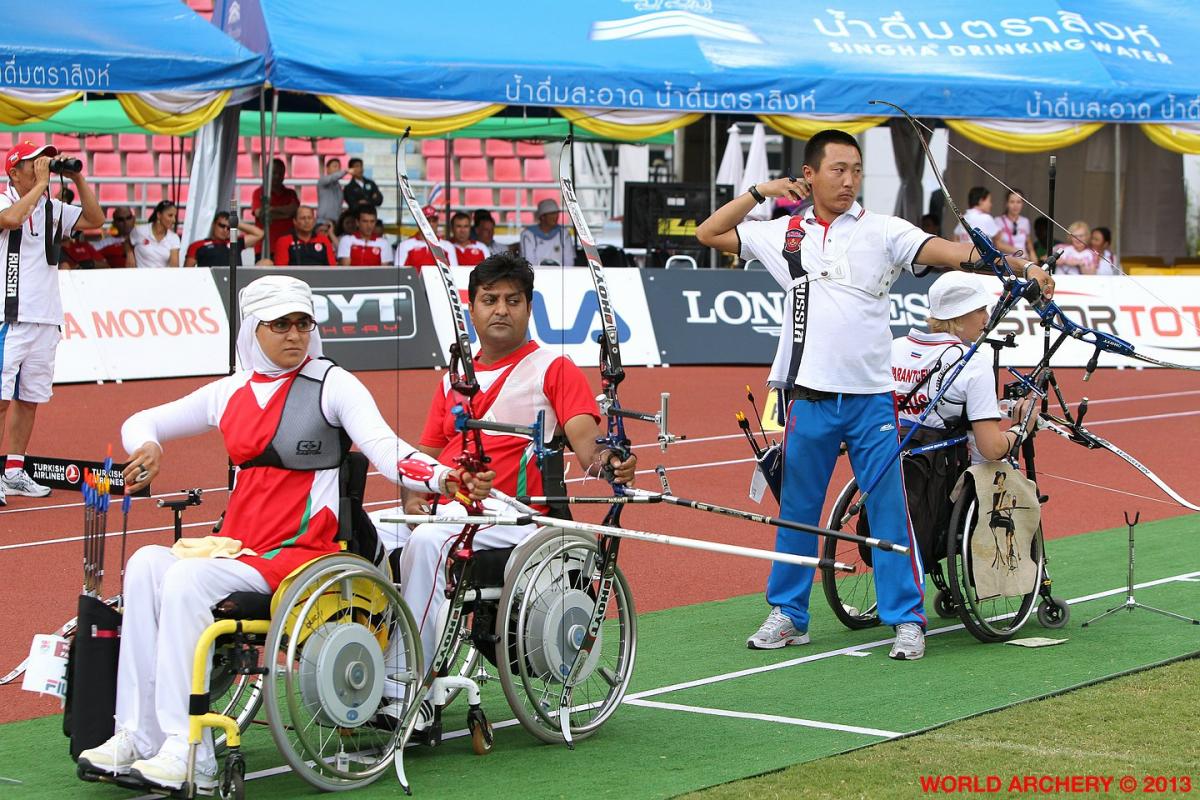 In total, 17 countries climbed on the podium at the Championships, as Russia led the medals table with three golds, followed by Great Britain and Turkey, each with two golds.

Japan and Italy contested compound open mixed team bronze to start. Elenora Sarti and Alberto Simonelli took the lead after the first four arrows, 36-34. Another end shot, the gap increased to 72-67 – an advantage Nako Hirasawa and Kazumasa Hattori would not recover from. Italy took bronze, 143-137, with Simonelli grabbing a second medal at the Championships.

The last compound match of the Championships reunited Danielle Brown and Dag in the mixed team final, after Dag beat Brown for compound women's open gold a day prior.

Great Britain’s Brown, with John Stubbs, fell to the Turkish pair of Erdogan Aygan and Dag, 145-142. The medal was Dag’s second of the Championships.

Double Paralympic Champion in 2012, Iran's Zahra Nemati took the title over China’s Paralympic team silver medallist Yanhong Xiao. Just two years ago, Xiao had won the world title in this event at the World Championships in Torino, but Nemati was able to confirm her place as the top archer in this class for another year.

With an opportunity to win gold on home soil, Thailand's Hanreuchai Netsiri faced Paul Browne from Great Britain. Netsiri succeeded, leading from beginning to end, to win Thailand’s first-ever world title in straight sets by a score of 6-0.

French archer Brigitte Duboc seemed confident in her first international encounter with Qiurong Liang from China. Three short, sharp sets saw Duboc take victory, 6-0, and gold in the recurve women's standing competition. It was the first and only title of these Championships for France.

Triple London 2012 Paralympic gold medallist Timur Tuchinov left no room for surprises in Bangkok, finally winning his first world title with a victory over Ukraine’s Yuriy Kopiy. Perhaps Tuchinov will be rewarded back home in Russia, as went he returned from London 2012 he received a hero’s welcome and was given a three-room apartment in the village of Aginskoe.

Spectators were treated to another dose of Tuchinov immediately after the midday break, when he and Russian teammate Svetlana Barantseva went up against the Iranian pair of Nemati and Shahabipour for bronze in this event. But the Iranians were too much for them, as they cruised to a 129-107 victory.

Tuchinov took the field for the third time alongside his teammates Mikhail Oyun and Oleg Shestakov, and they successfully followed up their London 2012 Paralympic with a 200-198 world-title victory over the French trio of Stephane Gilbert, Armando Cabreira and Alexandre Lasvenes.