Turkey got its first win at the World Wheelchair Curling Qualifications, as Italy moved to a perfect 5-0 record at the event. 06 Nov 2012
Imagen 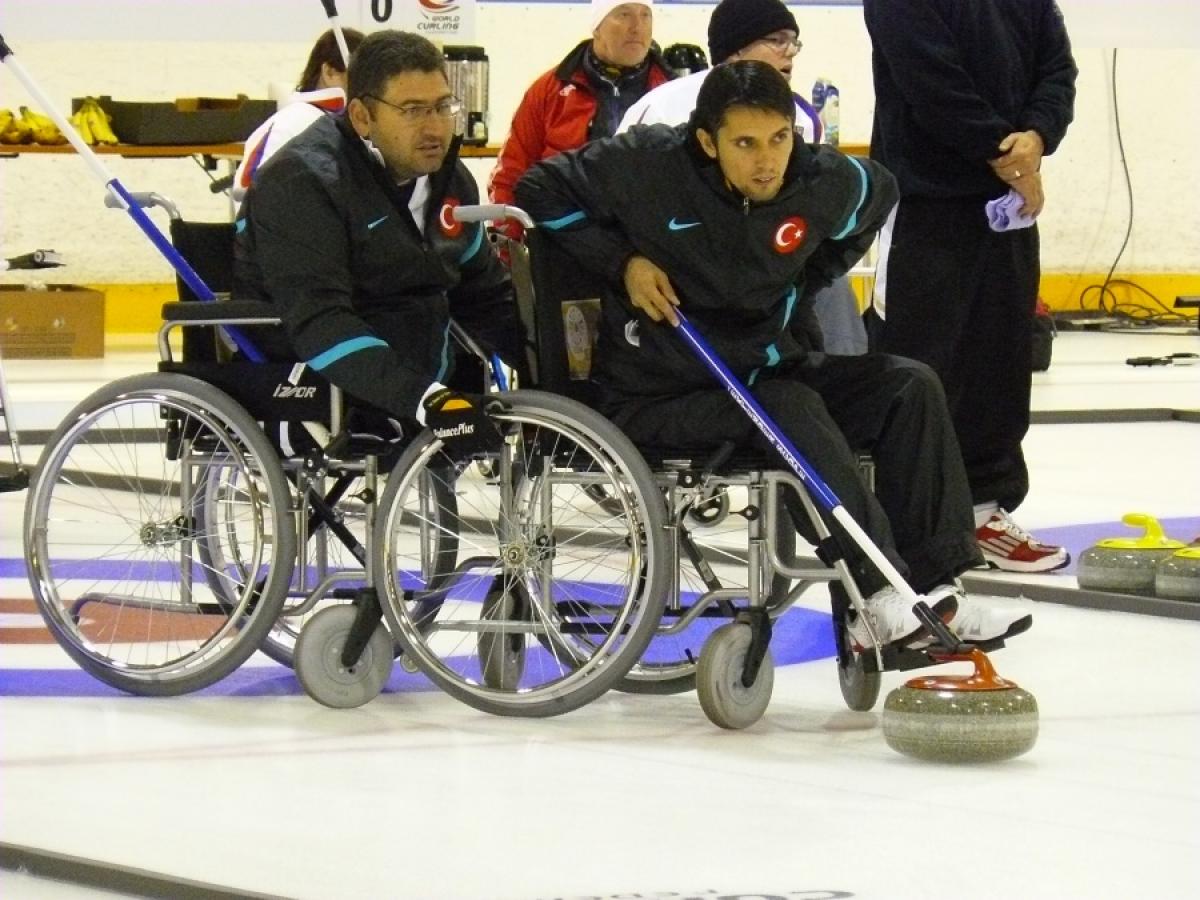 Turkey won their first game of the World Wheelchair Curling Qualifications following a 7-5 victory over Poland.

This marks the first major international event for the Turkish team, which has only had five major training sessions in Erzurum, Turkey before travelling to play in this event.

Turkey secured their first-ever win at the World Wheelchair Curling Championship Qualification event with a 7-5 victory over Poland in their evening game on Monday (5 November), while Italy remained unbeaten after three days of competition.

Following their 10-2 defeat to Switzerland in the morning game, things didn’t start off well for Turkey later on in the day, as Poland, skipped by Eugeniusz Blaszczak, stormed ahead after stealing 5 points in the first three ends.

Turkey, however, skipped by Turan Akalin, fought back in the second half of the game. After a single score of 1 point in the fourth end, Turkey stole their way to victory with two points in the fifth end, another point in the sixth end, another 2 in the seventh end and a solitary point in the eighth and final end to win 7-5.

This marks the first major international event for the Turkish team, which has only had five major training sessions in Erzurum, Turkey before travelling to play in this event.

Italy, meanwhile, maintained their unbeaten record after beating Poland, 7-3, in the morning. They were, however, taken to an extra end in their narrow 7-5 victory over Japan in the evening session. Italy managed to secure an extra end by succeeding in an accurate takeout with their last stone in the eighth end.

Japan had their stones very well positioned before Italy’s last stone, but the Italian skip, Paolo Ioriatti played an impressive double promotion to take out the Japanese stone. After this shot, Italy lead by 2 points before the Japanese skip, Shuichi Iijima, attempted to draw for the win. The draw was wide and short, and Italy secured a 7-5 win.

Finland lost their perfect record after dropping their morning game, 9-4, to Rune Lorentsen’s Norway. But they returned to their winning ways in the evening, needing an extra end to earn a 7-5 victory over Switzerland to remain in second position in the standings.

Latvia continued to impress with two important victories, beating the Czech Republic, 5-3, before winning a close encounter with Denmark, 5-4, which elevated them to third place in the standings.

Japan suffered mixed fortunes, narrowly losing to Italy in their evening game before taking a 10-4 victory over Denmark earlier in the day.

In the other evening game, Germany, skipped by Jens Jäger, secured an important 7-3 win over Norway, which helped their record improve to 2-3.

The top two finishers from the event will qualify for the Wheelchair Curling World Championships in Sochi, Russia in February.

Russia, Korea, China, Slovakia, USA, Scotland, Canada and Sweden have already qualified for the Championships, which will be the last opportunity for nations to gather qualification points for Sochi 2014.

Full results from the three rounds of play on Monday can be seen here. 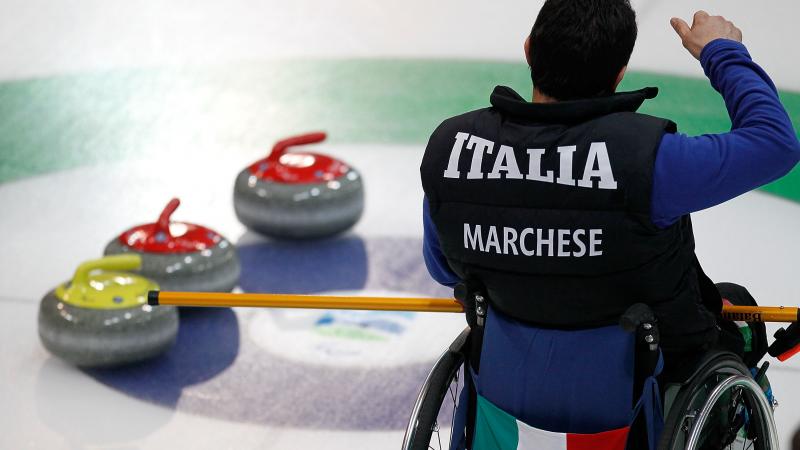 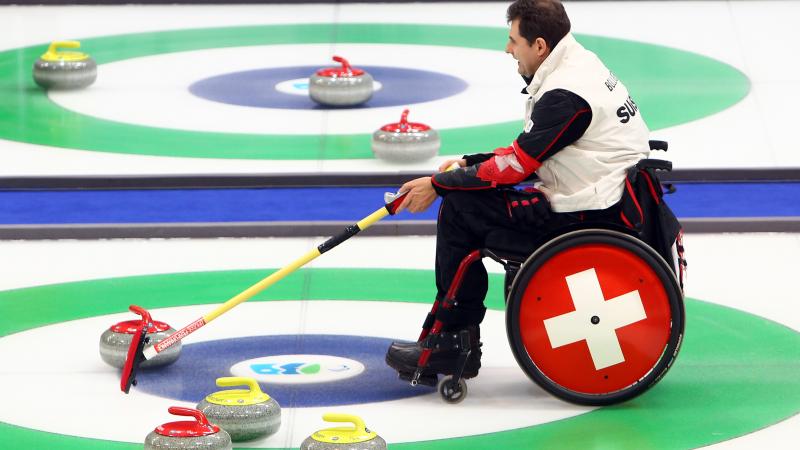