Ukraine and Russia battle for gold in football 7-a-side

In a repeat of the Beijing 2008 final, Ukraine will have to overcome Russian to win its third consecutive gold medal in football 7-a-side in the Paralympic Games. 09 Sep 2012
Imagen 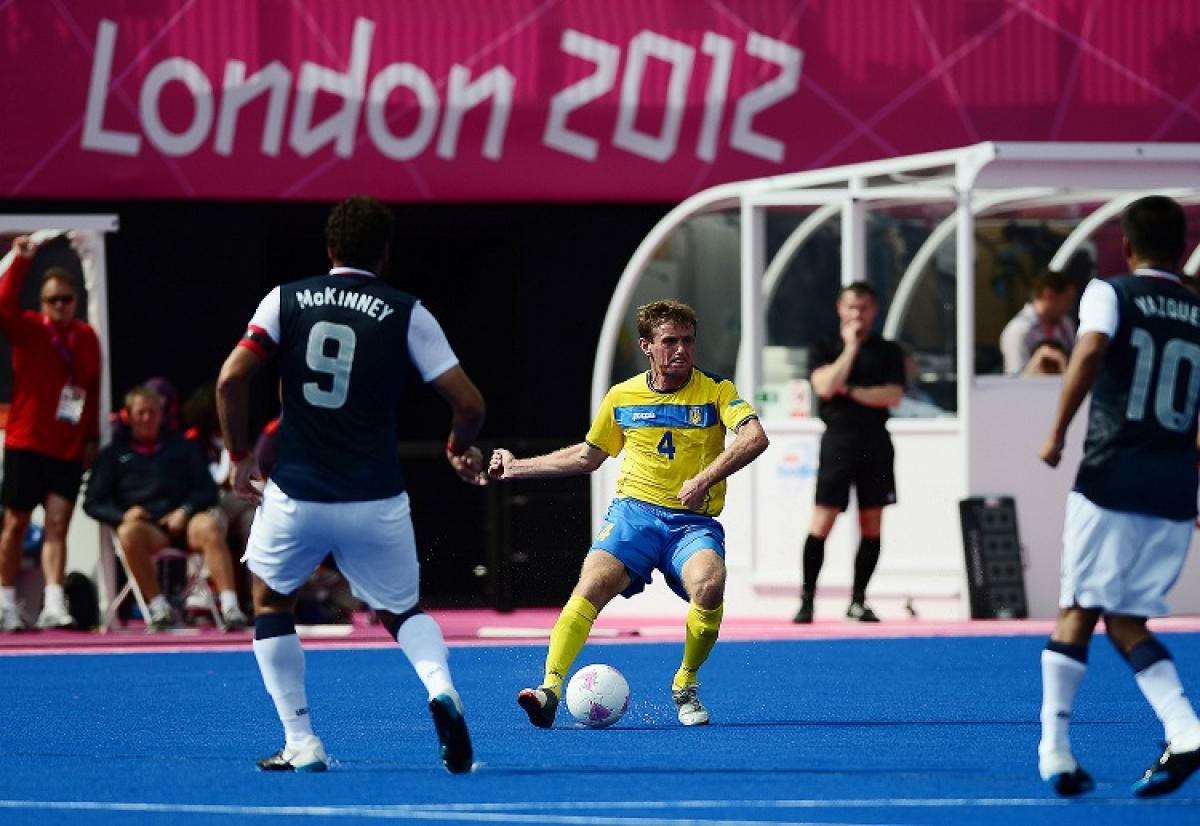 The bronze medal contest is a repeat from Beijing 2008 when Iran comfortably claimed their first medal with a 4-0 victory over Brazil.

For the second successive Games the world’s top two sides Ukraine and Russia will contest for the gold medal at the Riverbank Arena.

Ukraine will be hoping to complete a golden hat trick and with a number of players on the scoring leader board they will be feeling confident.

Anatolii Shevchyk leads the entire tournament in scoring with six goals while Volodymyr Antoniuk and Ivan Dotsenko have a pair to their tally.

The Russians equally have high quality finishers in Aleksandr Kuligin, Lasha Murvanadze and Viacheslav Lorionov who has five goals to his name.

Both sides cruised through the group stages with convincing wins but in the semi-finals they were challenged strongly by Iran and Brazil who will play for the bronze.

Ukraine was held back by Iran for the majority of the first half until they took the lead through Ivan Shkvarlo. Ukraine was shaken early in the second half with an Iranian equaliser but they reclaimed the lead minutes later and held on to go through to their third Paralympic final.

Russia had a similar experience against Brazil but battled back to find two goals from Kuligin and Ivan Potekhin and win 3-1.

In the last Paralympics, Russia were beaten 2-1 after extra time by the two time champions but they will wipe that clear from their minds and try to claim a first gold since Sydney 2000.

The bronze medal contest is a repeat from Beijing 2008 when Iran comfortably claimed their first medal with a 4-0 victory over Brazil.

Iran has a great playmaker in the form of Farzad Mehri who has 4 goals and a handful of assists.

Brazil has exceptional talent with the likes of Ronaldo Almeida de Souza and Wanderson Oliveira who returned from injury in time for the important occasion.

Brazil has went through a long, agonizing eight year wait for a medal since losing out to Ukraine in the Athens 2004 final. Their strong opponents Iran will be happy if they repeat their Beijing 2008 success.

Before the two big games there are also playoffs on display at the Riverbank Arena. The impressive partnership of Iljas Visker and Stephan Lokoff will hope to produce some great goals and help their side finish fifth when the Netherlands take on Argentina.

Hosts Great Britain will want to move forward from their 4-3 loss to the Argentines in a thrilling encounter in their previous game. They will face the winless USA for seventh place.

Russia challenges Brazil for the ball on the pitch.