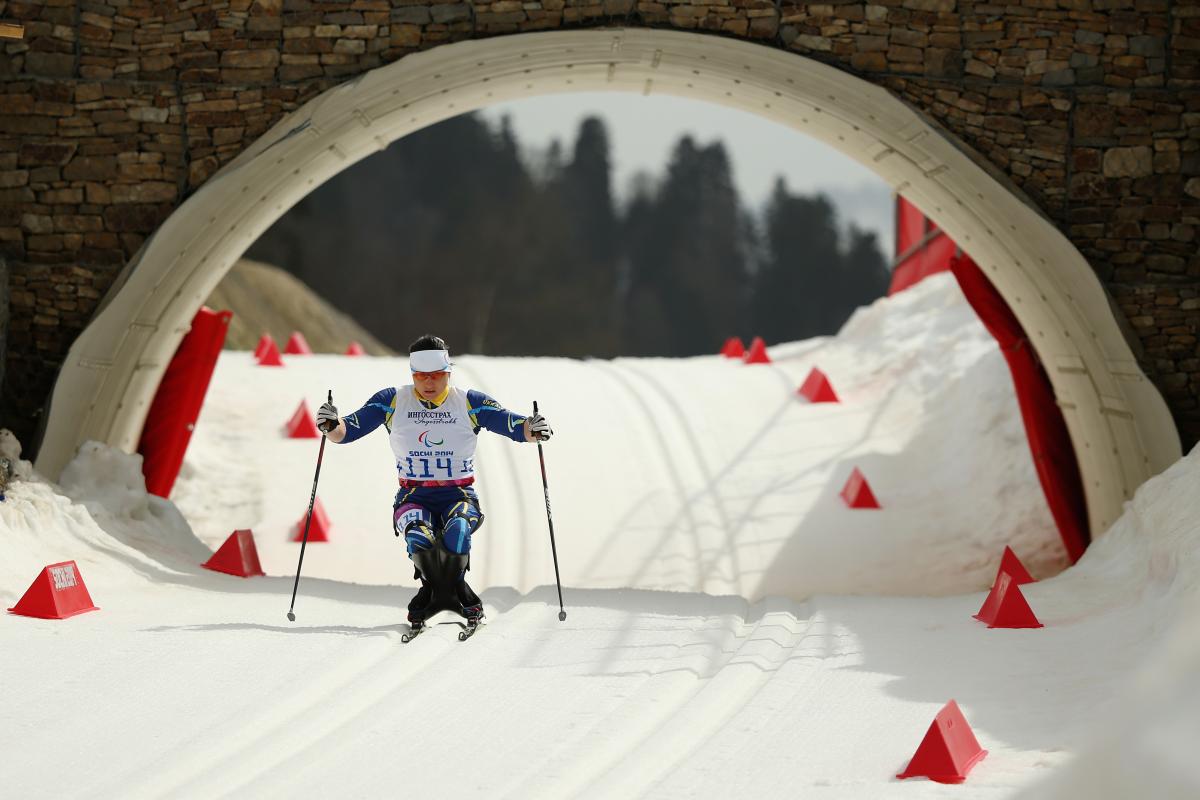 Like on Day 1, Petushkov stormed ahead as he led his Russian compatriots by 20 seconds at the 3km stage. He was fully in control by the 9km stage after he opened up a 60-second gap to allow him to stroll across the line in 40:51.6.

Pavlenko led throughout the entire course and finished in a time of 38:54.3 followed by the USA’s Oksana Masters.

Masters, who won a bronze medal in rowing at the London 2012 Summer Games, was thrilled with her silver medal-winning performance considering she is new to cross-country skiing.

“I am ecstatic,” Masters said.

“The course for me was tricky because I am a fairly new skier still and the course had some tight turns. So I just tried to stay calm and relax on the turns and then just hammer home.”

Even though she said the course was difficult in parts, Masters still managed to hold second spot for the duration of the race and completed the course in 39:16.0, which was 22 seconds behind the race winner Pavlenko.

Russia’s Svetlana Konovalova added a bronze medal to the silver she claimed on Day 1 in the women’s 6km sitting biathlon. The 24-year-old remained strong in third place as she crossed the line 10 seconds ahead of Norway’s Mariann Marthinsen in 39:49.8

The 24-year-old, a Russian adoptee, enjoyed the conditions of her first skiing race and said it was great to have the support of all her family from both countries.

“It was perfect,” McFadden said.

“The snow conditions were right up my alley. It was a great day of skiing and the 12km is hard, especially for someone who is new. I’ve been skiing less than a year so I just had to ski with my heart today and having my family in the stands was absolutely wonderful.”

Andrea Eskau, who won gold in the women’s 6km sitting biathlon on day one, did not finish the race due to problems with her asthma.

Earlier in the day, Russia secured a sweep on the podium in the men’s 15km sitting race. Roman Petushkov collected his second gold medal of the games with his teammates Irek Zaripov and Aleksandr Davidovich collecting silver and bronze.

"I want to thank my whole team. We did this together,” said Petushkov

Like on Day 1, Petushkov stormed ahead as he led his Russian compatriots by 20 seconds at the 3km stage. He was fully in control by the 9km stage after he opened up a 60-second gap to allow him to stroll across the line in 40:51.6.

Zaripov battled through the last 4km beat Davidovich to the silver medal, finishing in 41:55.1 with Davidovich following in 42:08.6 to complete a sweep of the podium for the Russian men.

Ukraine’s silver medallist in the men’s 7.5km biathlon, Maksym Yarovyi, finished 0.2 seconds behind in fourth but Japan’s Kozo Kubo, a regular podium finisher this year, struggled to cope with the demands of the course. He finished in 14th place.

A big talking point of the race was also Brazil’s first-ever Winter Paralympian. Fernando Rocha was the 15th man to finish but he said it was a great honour to be the first winter athlete to compete for his country.

“When I reached the finish line I was so proud. The first one from Brazil to finish a race at a winter games,” Rocha said of his achievement.

"This is to show everyone the journey I had. I've only been in this sport for about one year and six months and there is not a lot of snow in Brazil. I am just so proud to be the first person from Brazil to represent my country in a Paralympic Winter Games."