France’s Alain Akakpo was amongst the biggest movers following the Oceania Open, rising 19 places to No.13. 01 Jun 2017
Imagen 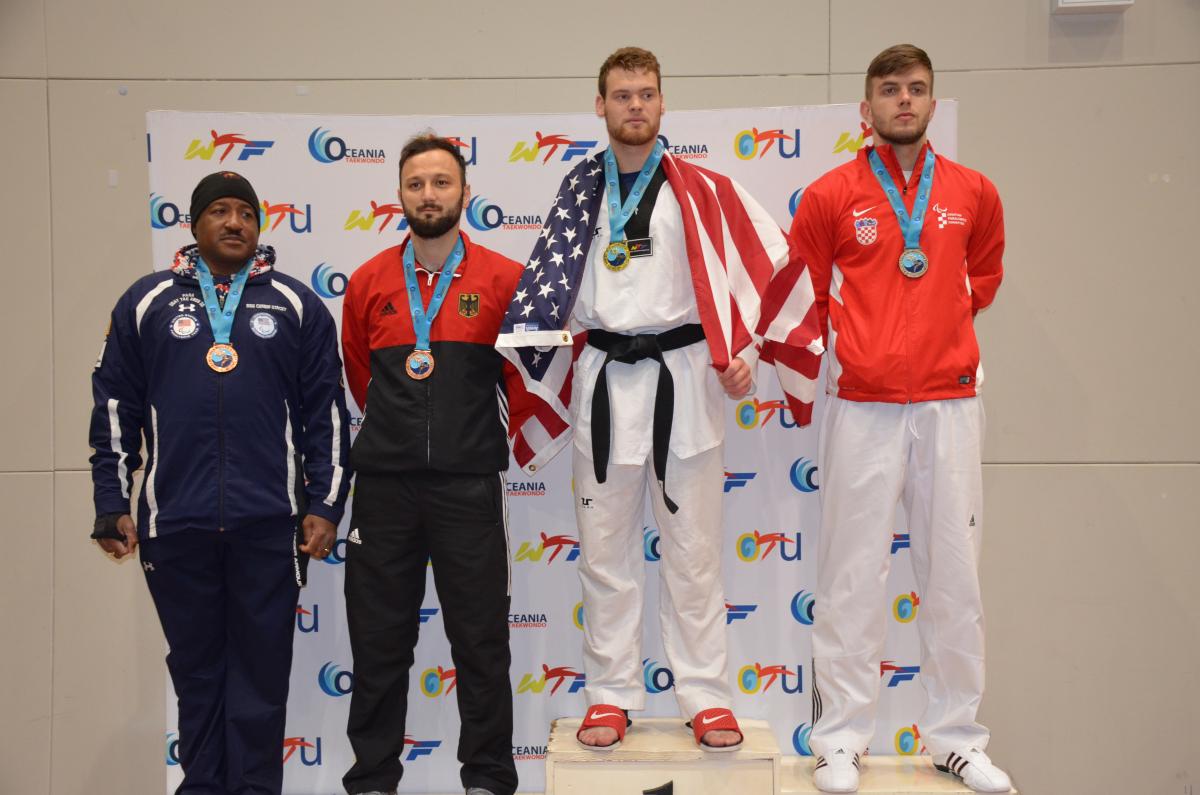 Following his gold medal-performance at the Oceania Para Taekwondo Open in Auckland, New Zealand, France’s Alain Akakpo (men’s up to 75kg K44) jumped 19 positions to No.13 in the world rankings, as announced by the World Taekwondo Federation (WTF) on 1 June.

Another French athlete who claimed victory in Auckland was No.1 Bopha Kong (men’s up to 61kg K44), who widened his lead in the rankings from 36 to 61 points.

Australia’s Steven Currie (men’s up to 75kg K42) moved up in the world rankings after winning the Oceania Open and now sits at No.3.

After upsetting Croatia’s top-ranked Ivan Mikulic in the final, USA’s Evan Medell climbed one place to No.4 in the men’s over 75kg K44.