The three-time Paralympic wheelchair basketball player will be up for election on 24 November in Athens, Greece. 18 Sep 2013
Imagen 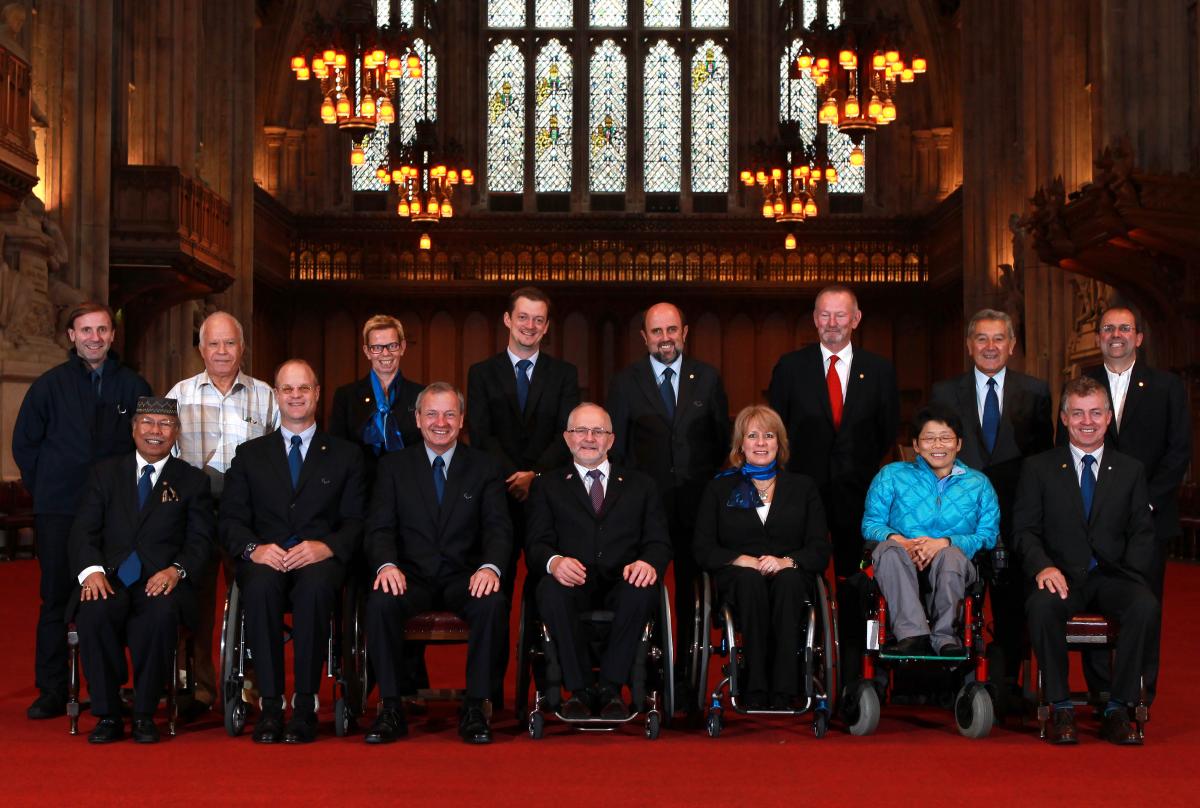 IPC Governing Board members at the London 2012 Paralympic Games.

"I am truly honoured to be nominated for Vice President of the IPC, and grateful for the potential opportunity to continue serve the Paralympic Movement in this way."

US Paralympics has nominated distinguished Paralympian Ann Cody for the position of Vice President of the International Paralympic Committee (IPC).

Elections for the IPC Governing Board will take place on 24 November at the IPC General Assembly and Conference in Athens, Greece.

"I am truly honoured to be nominated for Vice President of the IPC, and grateful for the potential opportunity to continue serve the Paralympic Movement in this way," Cody said.

Secretary General of US Paralympics Charlie Huebner said that US Paralympics is proud to put forward a person of Cody’s calibre for election to the office of Vice President.

“Ann has an outstanding record as an athlete and executive in the corporate and sport sectors,” Huebner said. “She is a proven performer and has the necessary depth of experience, courage and integrity to represent the interests of every sector of the Paralympic Movement.”

Cody represented the US as a wheelchair racer at the 1988 and 1992 Paralympic Games and was a member of the US women’s wheelchair basketball team at the 1984 Games.

In her business career, Cody has been appointed to senior corporate positions in Washington DC and has been a leading figure in expanding government support for Paralympic sport in the US.

Her work resulted in an increased use of sport for people with disabilities in US education, public health, international development and human rights sectors.

“Ann Cody has a strong grasp of the opportunities to enhance Paralympic sport and has the experience, expertise and drive to make a powerful contribution to the future direction of the IPC if successful in being elected Vice President,” said Jim Benson, President of US Paralympics.

Cody’s leadership and contributions to the Paralympic Movement extend far beyond her service on the governing board. Cody led the policy reform efforts within the US Olympic Committee, resulting in increased resources and a greater focus on the priorities of US Paralympics across the organisation.

As Director of Policy and Global Outreach for BlazeSports America, Cody established strong ties with the US Agency for International Development, UN Office on Sport for Development and Peace, and US Department of State while overseeing implementation of sport development and diplomacy programmes with Paralympic partners in Africa, Asia, the Caribbean, and Europe.

She also has contributed to the work of the United Nations Convention on the Rights of Persons with Disabilities, Article 30.5 that recognises sports participation as a human right.