Six teams have been nominated based on their outstanding gold-medal performances from Rio 2016. 21 Oct 2016
Imagen 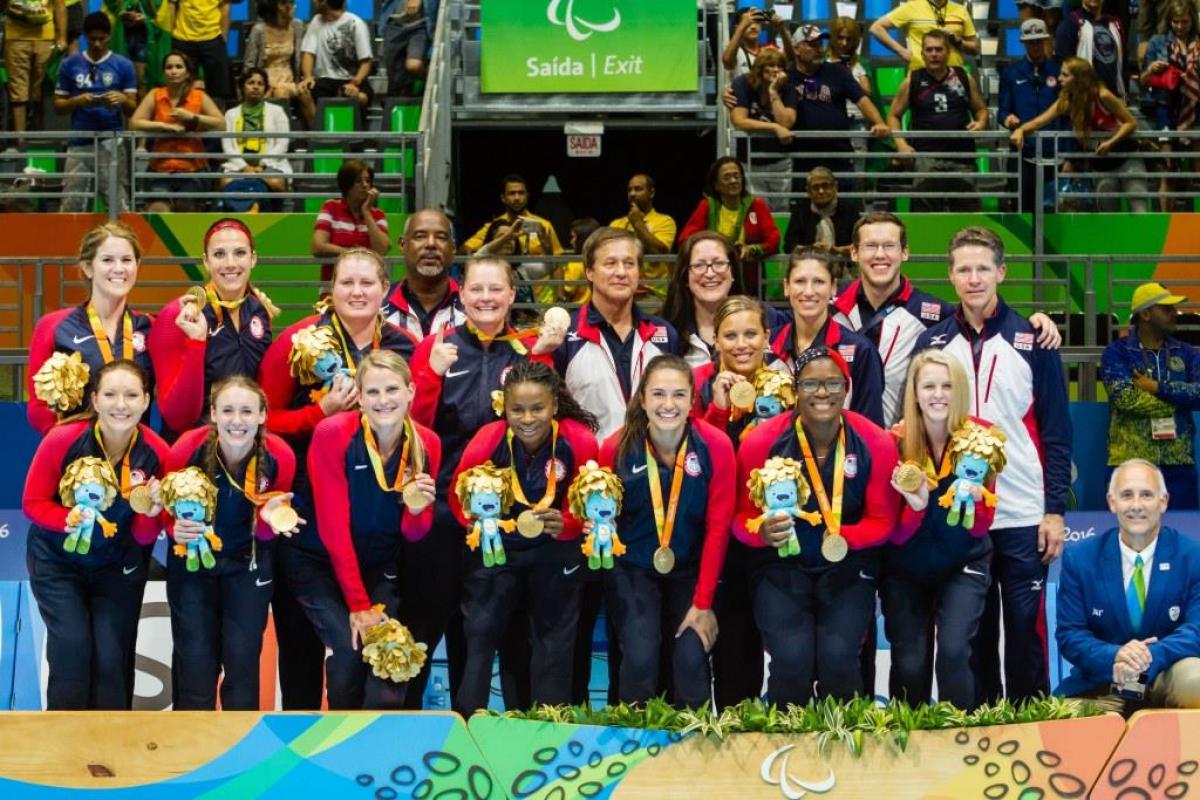 The International Paralympic Committee (IPC) has revealed the shortlist for the Allianz Best Team of September based on performances at the Rio 2016 Paralympic Games, and the public can now vote for the winner on www.Paralympic.org.

In lieu of the IPC Allianz Athlete of the Month award for September, the honour is being separated into three different categories – Best Male Athlete, Best Female Athlete and Best Team – based on results at Rio 2016.

Brazil won their fourth consecutive Paralympic gold medal, winning every finals since the sport entered the Paralympic programme. They defeated Iran 1-0 for the gold at Rio 2016 and were led by team captain Ricardinho, who scored the lone goal against Iran, and Jefinho; each had three goals apiece.

The Chinese relay team beat Brazil in a thrilling finish by .39 seconds, lowering the world record to 47.18 in the process.

Bronze at Athens 2004 and silvers at Beijing 2008 and London 2012, the US women’s sitting volleyball team finally got over the hump to capture their first Paralympic gold medal. They did so by ending the Chinese team’s Paralympic dynasty at Rio 2016. Despite falling to China in the early rounds, the US came back to win the finals in dominating fashion 3-0.

After winning the European Championships and putting themselves on the radar, the Turkish women’s team stunned China to take the gold medal. In their Paralympic debut, Turkey went through the tournament undefeated.

Australia won their second consecutive Paralympic gold medal – the first team to win back-to-back golds. They did so in a thrilling overtime 59-58 win over the USA. Ryley Batt was particularly dominant, playing for almost the full duration of every match, scoring a total of 158 goals.

Brazil’s BC3 pair team consisting of Evelyn de Oliveira, Antonio Leme and Evani Soares da Silva beat the resounding favourites and world No. 1 South Korea. Brazil lost to South Korea in the early rounds but came back to dominate in the finals.

The public has until 12:00 (CEST) on Friday (28 October) to vote for the athlete they want to be the Allianz Best Team of the Month for September 2016 via the www.paralympic.org homepage.