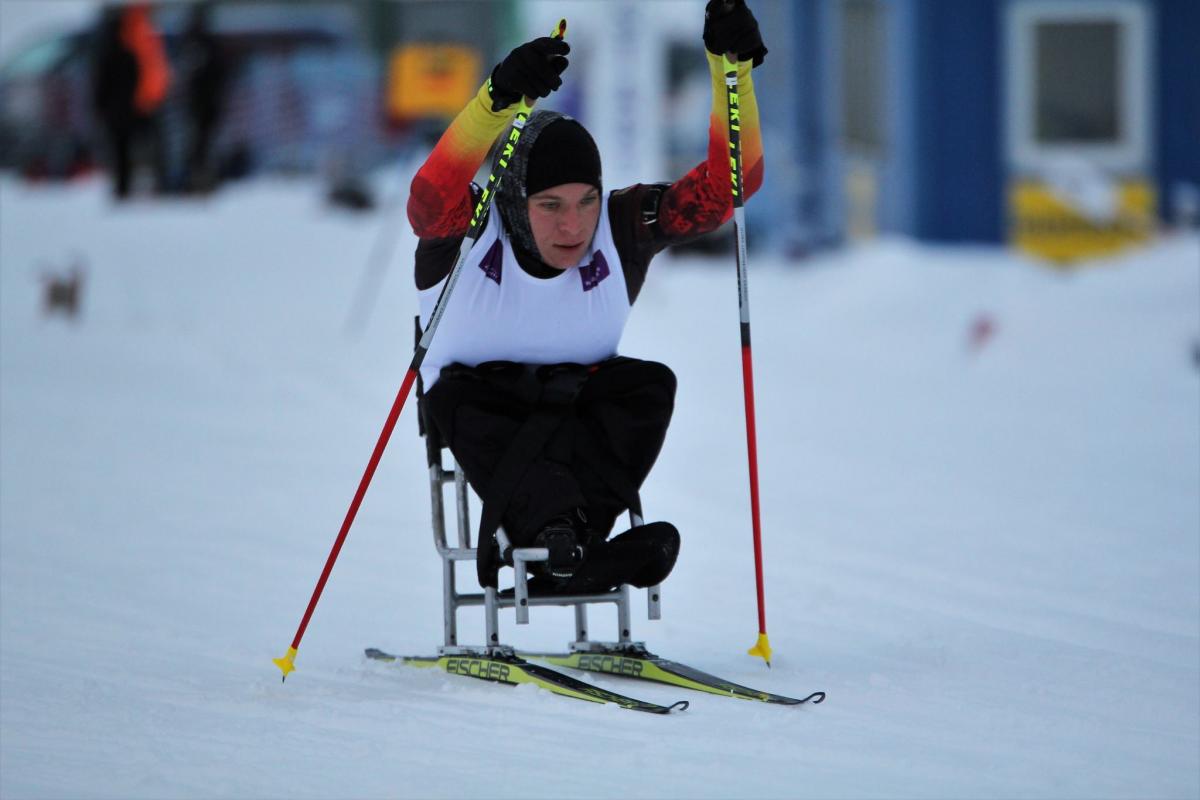 Drama. Crime. Science fiction. Romance. Germany’s Anja Wicker said a good book, no matter the topic, always helps her relax, especially when she has the added pressure of competing at her home World Para Nordic Skiing Championships in Finsterau, Germany.

The 25-year-old loves spending time immersed in a new book to prevent her from becoming sports-saturated.

“I love sitting in my garden in Stuttgart, where I live, under the sun and spend many hours reading,” she said.

“That helps me stop focusing on sports for a while.

“My favourite author is J. K. Rowling. I read all the Harry Potter books and enjoyed them a lot. She is such a great writer.”

With five biathlon and cross-country races still to go until the end of the Worlds, which run until 19 February, Wicker hopes she can top the podium at least once to win her first gold.

“I feel super happy, I did not expect this silver because the others are very good racers and my shooting was not good. But I was fast on the track,” she said.

Wicker had an excellent start to the season, securing one win and several podium-finishes at World Cups to lead the biathlon overall rankings.

“I hope to maintain that position, but now my focus is on the Worlds. It is so exciting for me to compete on home soil,” said Wicker, who won gold in the women´s middle distance biathlon sitting and silver in the long distance at Sochi 2014 on her Paralympic debut.

“It is very special to have your family and friends coming to the Nordic skiing track and cheering for you. I like Finsterau a lot.”

“I know I have very strong opponents such as Belarus´ Lidziya Hrafeyeva, USA´s Oksana Masters and my teammate Andrea Eskau. But I am giving my best.

“I feel better in the biathlon than in the cross-country as I am good at shooting.”

With little over a year to go until the PyeongChang 2018 Paralympic Winter Games, Wicker also imagines what competing there will be like.

“Qualifying for my second Paralympics is my biggest goal and I also hope to medal again in South Korea,” she said.