What to watch: Day 6 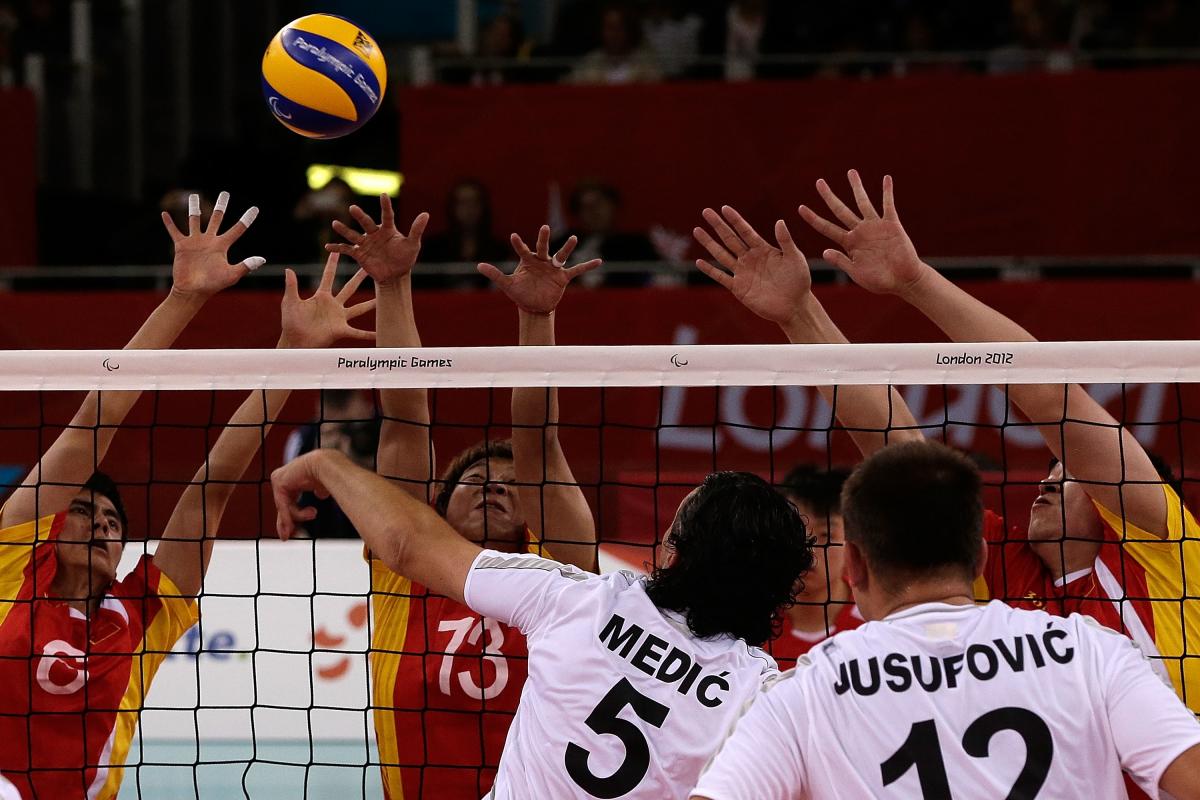 The highlight at the Olympic Stadium will be the men’s 1,500m T54 final, for which host nation hero Weir hopes to light up the stadium once again.

Morning: The day begins early with a 9:00 football 5-a-side contest between defending Paralympic champions Brazil and a Chinese squad that has the potential to pull an upset in their final group match before the elimination round begins.

Then, over at the track, things heat up as Kurt Fearnley, Marcel Hug and David Weir compete in the semi-finals of the 1,500m T54 event for a place in the night’s final. Brazilian Shirlene Coelho will aim for gold in the women’s shot put F37 final, an event she won silver in at the Beijing 2008 Games but gold at last year’s world championships.

Afternoon: The ExCeL will be rocking with the boccia pairs finals in the C1-4 classifications, as well as the rivalry matchup in the men’s sitting volleyball competition between Iran and Bosnia and Herzegovina.

Iran, the reigning world champions, have won three of the last four Paralympic golds, beating Bosnia for the title in the last Games.

In North Greenwich Arena, which will host the first day of wheelchair basketball quarter-final action, an intense matchup is expected between an up-an-coming Canadian team and defending Paralympic champions, USA.

Evening: China’s Qing Xu returns to the pool a Paralympic champion, as he tries to win another gold in the 50m freestyle S6. His top challengers will be Lorenzo Perez Escalona of Cuba and Sebastian Iwanow of Germany.

Brazil’s Andre Brasil will also have a tough fight in the 100m backstroke S10, trying to fend off Canada’s Benoit Huot and USA’s Justin Zook for the title.

The highlight at the Olympic Stadium will be the men’s 1,500m T54 final, for which host nation hero Weir hopes to light up the stadium once again.

The wheelchair basketball women’s quarter-finals will conclude with a matchup between Germany and Great Britain.