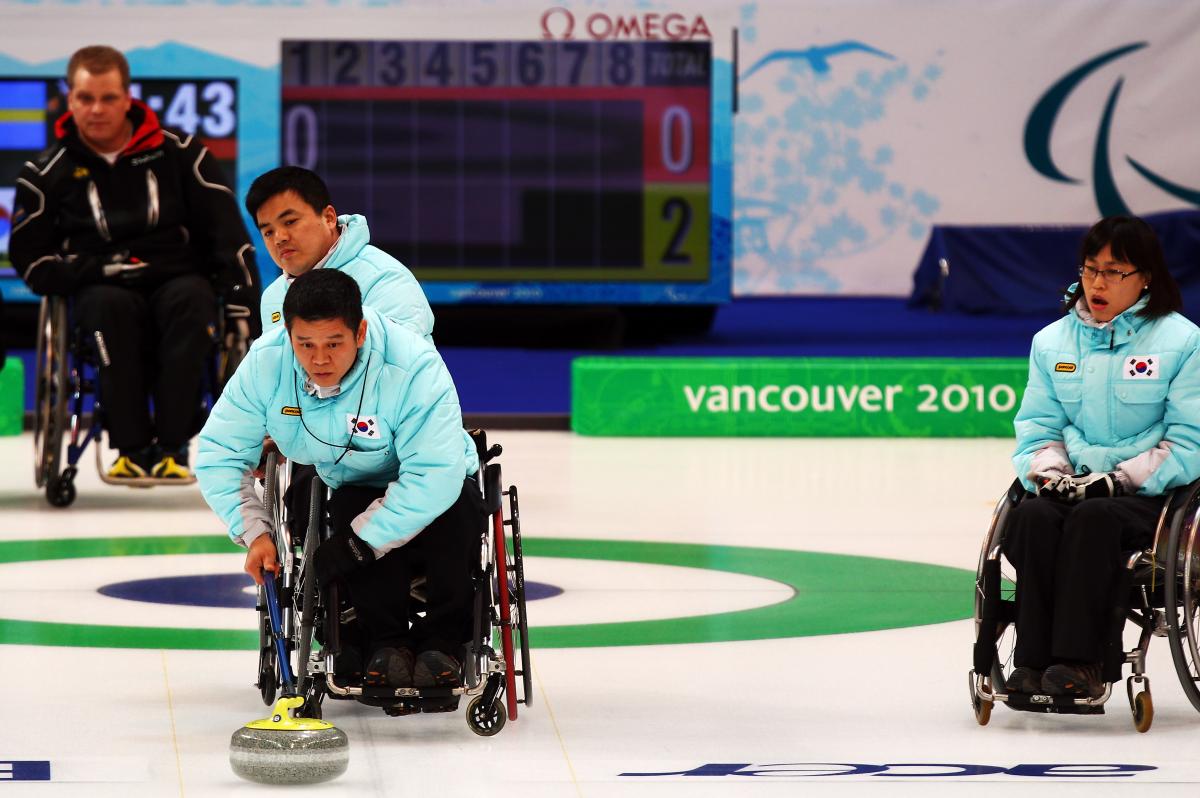 Canada heads to Korea to try to defend its world title.

Ten mixed national teams will compete in the event, which is the second opportunity for the world’s top teams to gather points for their nations to qualify for the Sochi 2014 Paralympic Winter Games.

The teams will begin the Championships by competing in a round-robin formant, and then the top four squads will move on to the semi-finals Thursday (23 February).

Scotland’s Aileen Neilson, the only female skip in the field, will try to help her team better its silver-medal finish last year.

Norway’s Rune Lorentsen – whose team won bronze in 2011 – is back, as are the Norwegians’ bronze-medal game opponents, the Russian team skipped by Andrey Smirnov.

The other six teams competing include: China, Italy, Korea, Slovakia, Sweden and USA.

Both Italy and Slovakia were the last to qualify for the event after finishing with top performances at the World Wheelchair Curling Qualifier event in Lohja, Finland in November.

Qualification points for Sochi 2014 will be awarded at the end of the event based on teams’ final rankings.

Athletes warm up for their matches at Vancouver 2010. 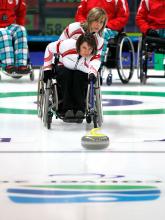 Sonja Gaudet (CAN) watches as Ina Forrest releases the stone during a Wheelchair Curling contest against Norway at the Vancouver 2010 Paralympic Winter Games.