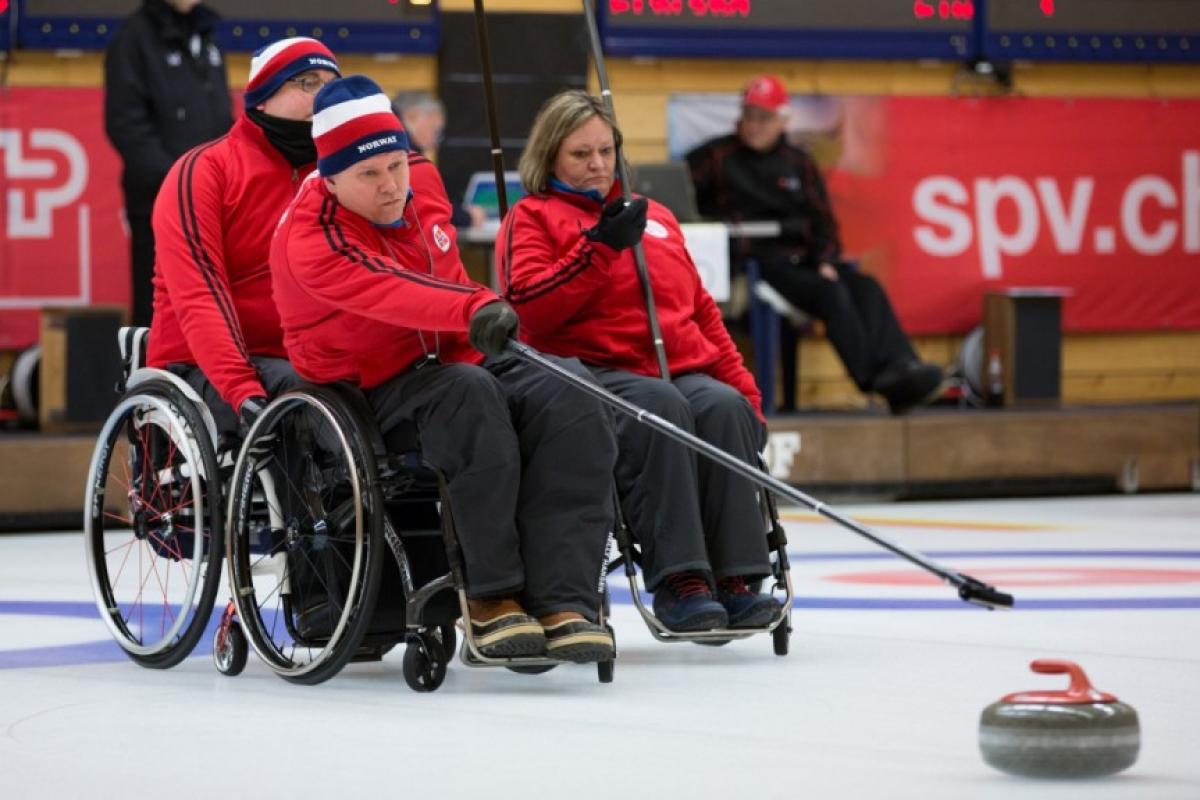 Day two of the World Wheelchair Curling Championship 2016 continued in Lucerne, Switzerland, with two sessions on Monday (22 February) of round-robin play, including wins for the USA, Norway, Slovakia and South Korea in the third session.

Norway continued their unbeaten run in the competition as they defeated 2015 Worlds silver medallist China 11-5, beginning the game with steals in the opening two ends before China picked up a single point in the third end.

The fourth end of the game saw Norway score a huge six points to take a 9-1 lead into the break.

After the break, Norway stole another single point before China fought back with four points in the sixth end. Norway saw out the win with a single point in the seventh end and took their record to 3-0.

"I think we were not mentally ready with this venue this morning because it was our first time playing here, but we kept encouraging each other and concentrated more on throwing stones for the second match,” South Korean skip Hui-Tae Yang said.

Slovakia also won their first game of the week by defeating defending world champion Russia 8-5. Slovakia took the lead in the second end with a score of two points and held onto it for the rest of the game.

Russia brought the scores within one point when they scored three in the seventh end, but two points by Slovakia in the eighth end sealed the win.

In the final game of the session, both the USA and Canada were searching for their first win of the week, and it was the USA who emerged the winners by a scoreline of 9-6 in a closely fought game with five lead changes.

“We went back to the rooms last night and talked, we all understood it was just execution, we just couldn’t get a rhythm going,” said USA skip Patrick McDonald. “We had a great night of sleep, we came down this morning and watched the ice for a little while, then we just went out there and played the way we know how and everything worked."

Competition continues Tuesday (23 February) with sessions four and five, with the medal match held Sunday (28 February). The World Wheelchair Curling Championships 2016 and can be followed at the event website, Facebook and Twitter @worldcurling using the hashtags#curling #WWhCC2016 #Roadto2018#WWhCC2016 #Roadto2018. 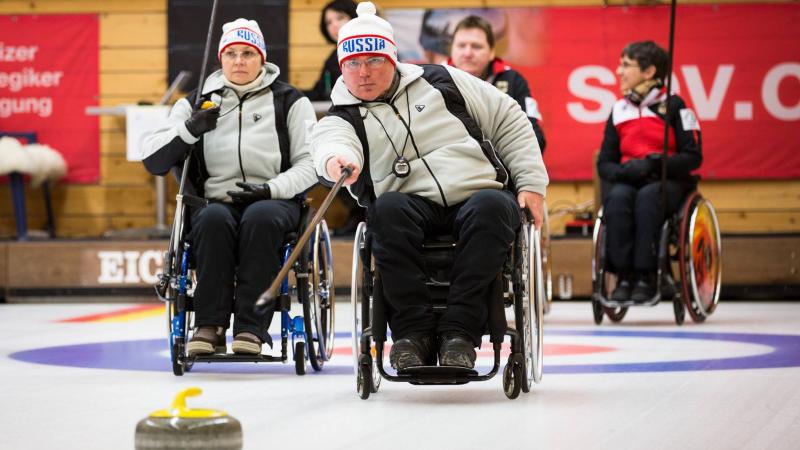 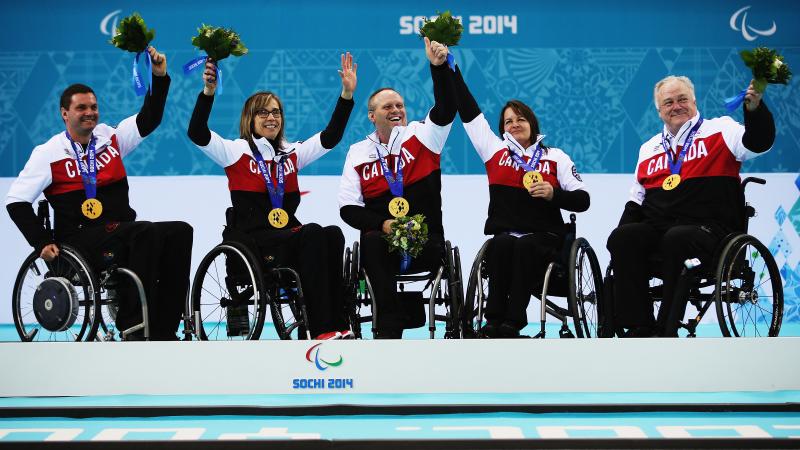 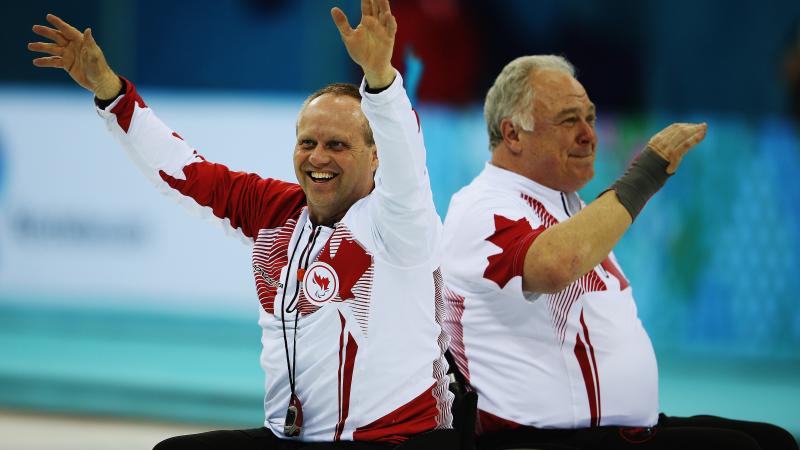