Who should be Americas Athlete of 2017?

Vote now on Americasparalympic.org to decide who last year´s best athlete in the Americas was 19 Jan 2018
Imagen 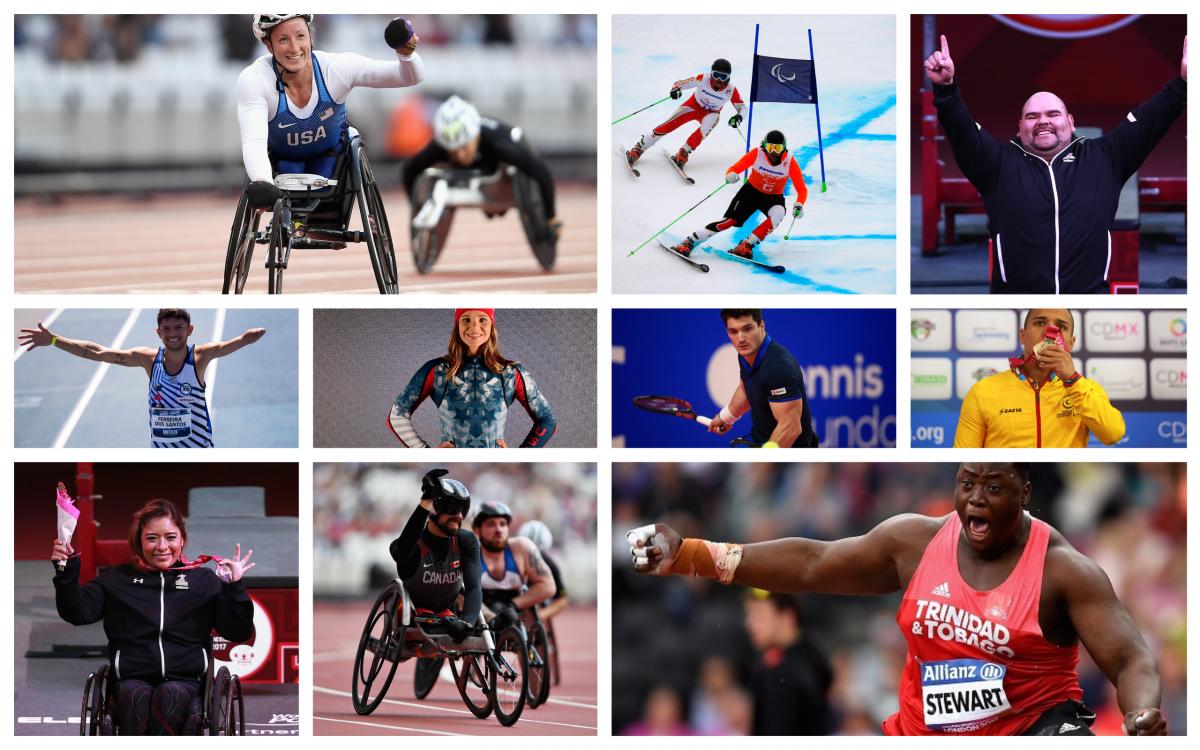 Ten standout Para athletes have been shortlisted for the Americas Athlete of the Year for 2017, and the public can now vote who they believe was the best athlete from the region that year.

The public are invited to vote for their winner via the Americas Paralympic Committee (APC) homepage and have time to do so until next Friday (2 February). The nominations are compiled from submissions by National Paralympic Committees (NPCs) from across the continent.

Won a dramatic world title in the men’s up to 107kg at Mexico City 2017 thanks to a 236kg lift in his final attempt. Castillo was in third position after two rounds, but his home crowd gave him the strength to produce an epic comeback.

McFadden became the most decorated wheelchair marathon champion in history by claiming her fourth consecutive Grand Slam. She also swept golds in all her four events to tie for the most medals of any athlete at the World Championships.

He delivered the performance of his life at London 2017 by setting two world records on his way to double gold in the T47 sprint events. Ferreira first won the men´s 100m with a time of 10.53 before going on to clock 21.21 to claim the 200m title.

Fernandez became Latin America´s first men´s wheelchair tennis world No.1 thanks to a memorable year. The 23-year-old won six titles, including the Australian Open, the second Grand Slam in his career, and reached the final at both Roland Garros and Wimbledon.

The Canadian enjoyed a successful World Championships in London, winning gold in the men´s 100m, 200m, 400m and 800m T53 to finish as the competition´s most decorated athlete together with the USA´s Tatyana McFadden and Tunisia´s Walid Ktila.

Together with his guide Jack Leitch, Marcoux claimed four golds at the World Championships in Tarvisio, Italy. He also defended his downhill World Cup title with three wins, setting himself as the man-to-beat ahead of PyeongChang 2018.

Masters won an unprecedented four golds at the World Para Nordic Skiing Championships, becoming the first-ever US Nordic skier to win a world title. Masters also added 14 World Cup medals in 14 starts to secure the No. 1 world ranking in women’s cross-country sitting and No. 3 in biathlon.

Perez won her third world title after clearing the bar at 123kg in the women’s up to 55kg at Mexico City 2017. She did not suffer from the pressure of competing in front of her home crowd as she topped the Worlds podium again after 11 years.

Putting an end to Colombia´s 36-year-old Paralympic gold medal drought at Rio 2016 seems to have given extra motivation to the 19-year-old, who sealed a glittering five golds and one bronze at his second World Championships in Mexico City.