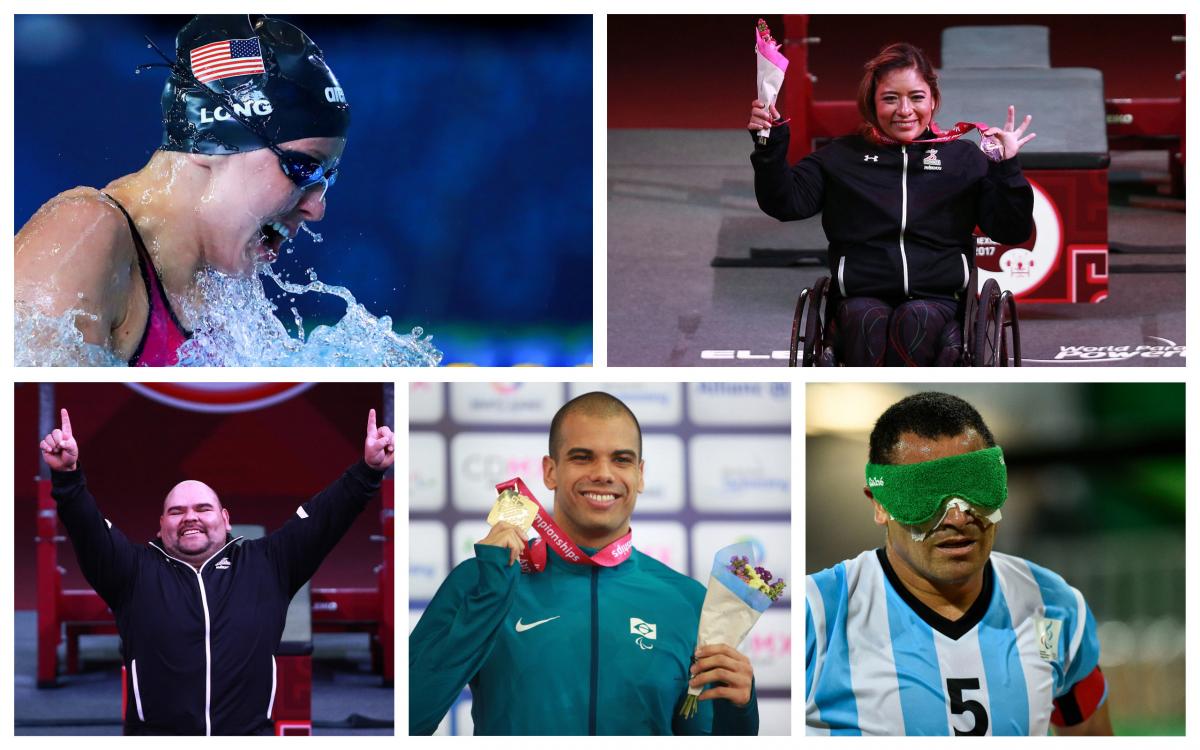 The public are invited to vote for their winner via the Americas Paralympic Committee homepage and have time to do so until Wednesday (17 January).

Won her third world title after clearing the bar at 123kg in the women’s up to 55kg at Mexico City 2017. She did not suffer from the pressure of competing in front of her home crowd as she topped the Worlds podium again after 11 years.

Enjoyed his most successful World Championships in Mexico City, winning seven golds and one silver including six individual titles. Brasil’s compatriot Phelipe Rodrigues was the only swimmer who stopped him from making it eight golds by beating him in the men’s 50m freestyle S10.

Performed a clean sweep at Mexico City 2017 by winning all eight of her events, ending as the competition’s most decorated swimmer and rounding off her most successful World Championships to date. Long won six individual and two relay titles.

Won a dramatic world title in the men’s up to 107kg at Mexico City 2017 thanks to a 236kg lift in his final attempt. Castillo Castillo was in third position after two rounds, but his home crowd gave him the strength to produce an epic comeback.

Velo led his team to its first major title since 2005 at the International Blind Sports Association (IBSA) Blind Football American Championships in Santiago, Chile. Argentina beat the all-conquering Brazilian team in the final to end their 57-match winning streak.