Who should be December’s Allianz Athlete of the Month? 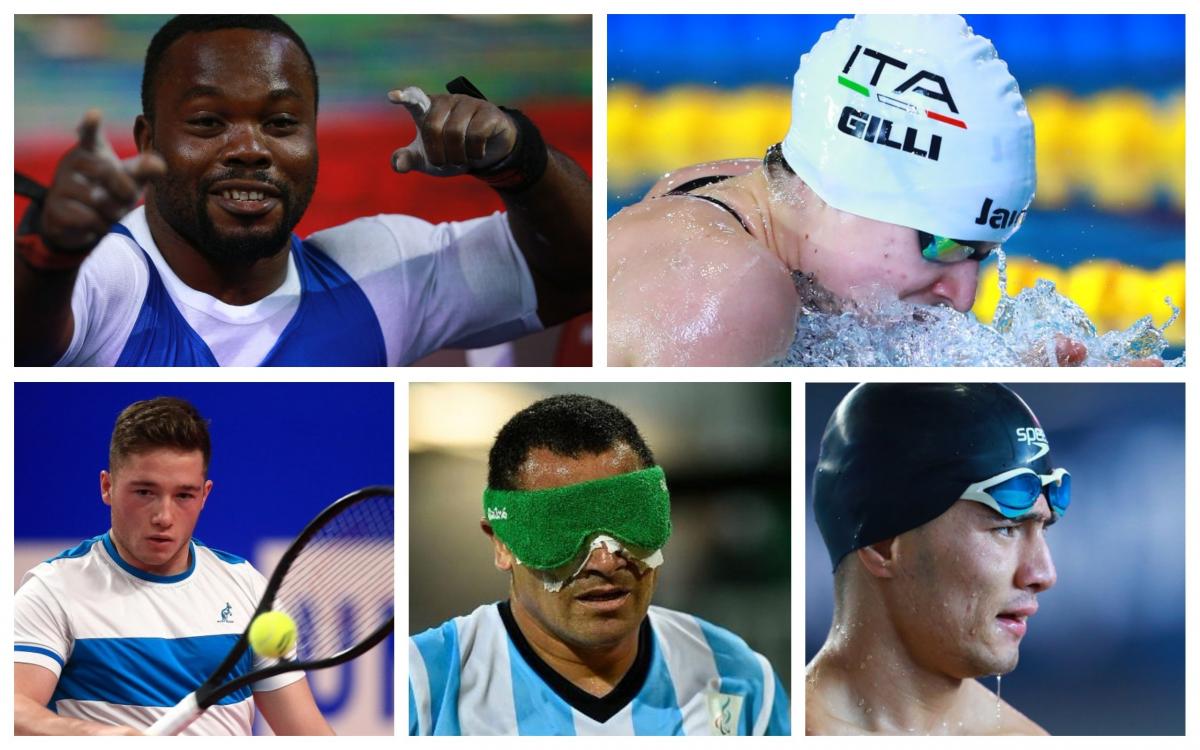 The International Paralympic Committee (IPC) has revealed the shortlist for the Allianz Athlete of the Month for December, and the public can now vote for the winner on www.paralympic.org.

Karimi claimed silver in the men’s 50m butterfly S5 at the 2017 World Para Swimming Championships in Mexico City to become the first refugee swimmer to win a medal at the Worlds.

The Italian teenager had a breakthrough World Championships at the age of 16. At Mexico City 2017 she won five golds and a silver, as well as setting a world record in the women’s 100m butterfly S12-13 and a championships record in the 50m freestyle S13.

Kehinde set a new world record of 220.5kg in the men’s up to 65kg to win the World Para Powerlifting Championships at the expense of China’s three-time Paralympic champion Lei Liu, who lost at a major competition for the first time.

Velo led his team to its first major title since 2005 at the International Blind Sports Association (IBSA) Blind Football American Championships in Santiago, Chile. Argentina beat the all-conquering Brazilian team in the final to end their 57-match winning streak.

The public has until 12:00 (CEST) on Tuesday (16 January) to vote for the athlete they want to be the Allianz Athlete of the Month for December 2017 via the www.paralympic.org homepage.