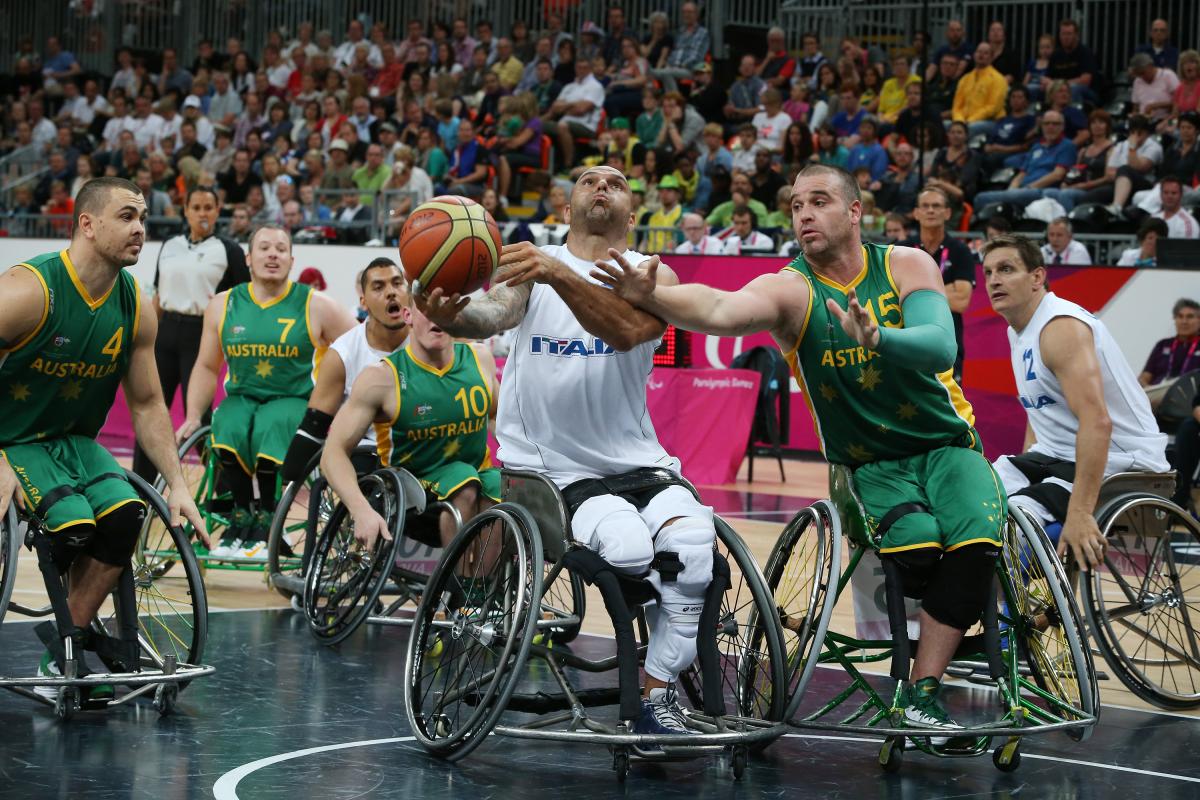 Alberto Pellegrini of Italy takes a shot as he comes under pressure from Brad Ness of Australia in the men's wheelchair basketball competition at London 2012.

“The depth of this extended squad is truly a testament to the talent that currently lies in the Rollers programme.”

The Australians will play group games against Germany, Sweden and Italy as they try to win back-to-back world titles after finishing second at the London 2012 Paralympic Games

Their squad consists of eight players from London 2012, including Tristan Knowles, Brad Ness and Justin Eveson, who have compiled a total of 10 Paralympic appearances for Australians.

“The depth of this extended squad is truly a testament to the talent that currently lies in the Rollers programme,” head coach Ben Ettridge told Basketball Australia.

“We have an experienced core in the form of Brad Ness, Mike Hartnett, Justin Eveson, Shaun Norris, Tristan Knowles, Bill Latham, Jannik Blair and Nick Taylor, who formed the team that claimed silver in London.

“This squad also includes some exciting young players who have come through our development pathway, such as Tom O’Neill-Thorne, Luke Pople, Michael Auprince and Jordan Bartley.”

Australian begin their preparation for the World Championships next month with a European tour thatn will include a series of training camps and tournament games from 10-22 April.