The wind is blowing on Weymouth and Portland

On Day 3 of sailing, the boats enter race five and six of the competition. 03 Sep 2012
Imagen 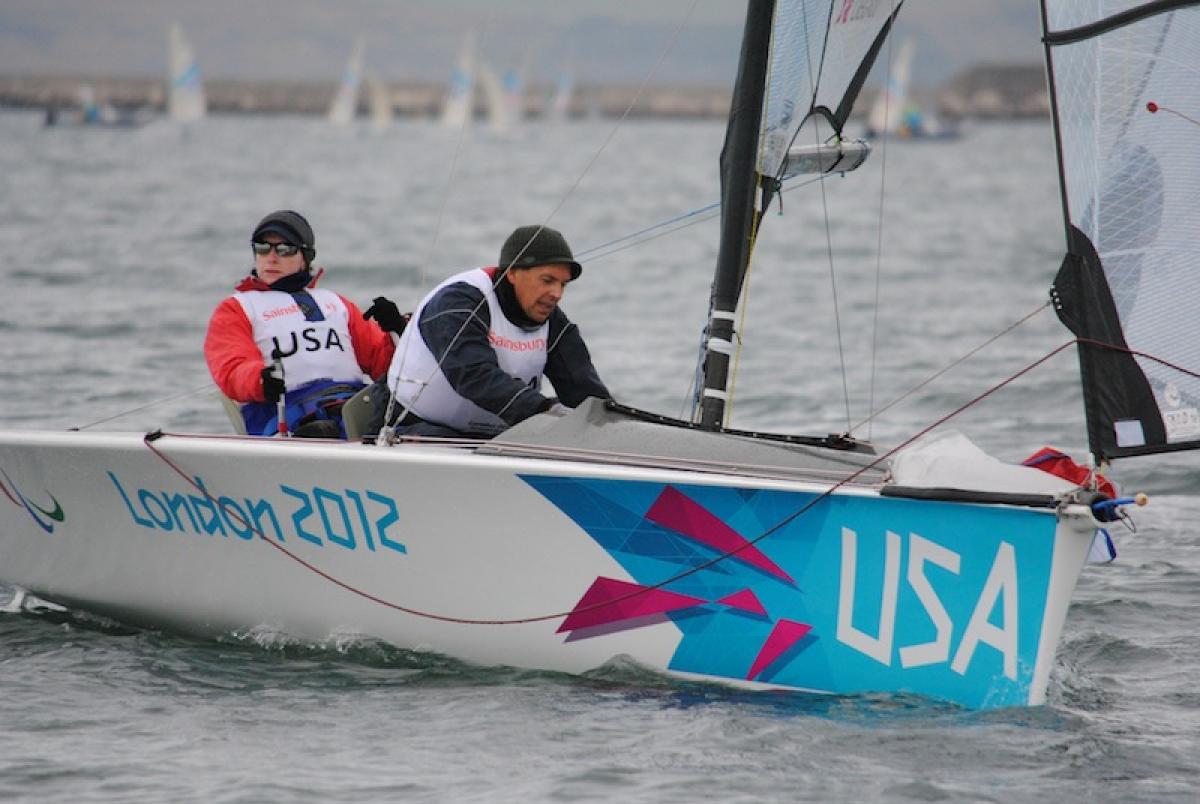 In the two person SKUD18 race, the current Paralympic gold medal holders, Jen French and JP Creignou from the USA have dominated in the first two days of competition.

A protest hearing has shook up the standings in the three person Sonar grouping, with the Australian crew being penalised 15 points for performing an illegal maneuver.

France were also another victim of the hearing, as they were disqualified but then awarded 15 points for breaking rule 18.1 – which relates to giving room at a mark – resulting in them dropping from third to sixth.

Going into the fifth race, the Netherlands occupy first place, with the USA and Australia close behind them in second and third respectively.

The Netherlands sailor Marcel Van de Veen is fully aware that the race is not at all over.

He said: "We're still not thinking of our overall position. We take one race at a time and there's still a long way to go."

In the two person SKUD18 race, the current Paralympic gold medal holders, USA, look in control as the crew composed of Jen French and JP Creignou has dominated in the first two days of competition.

The French boat leads the rest of the fleet, with medal hopefuls, Great Britain in third place as the race remains tight, every podium place still up for grabs.

"It's very tight at the top of the fleet and a lot can happen," said French of the American team.

Sydney 2000 2.4mR gold medallist Heiko Kroger of Germany is in contention for a place finish after impressing so far on the water.

However, the Netherlands sailor Thierry Schmitter sits one point behind the German and believes that race six is where the action will heat up.

He said: “From race number six, it will get more interesting. At the moment, with discards, the positions could all change."

Great Britain’s Helena Lucas will be looking to improve on her 11th place finish in race four, which has left her in third place overall.

Competition favourite, Damien Seguin of France, has bounced back from his disqualification on the opening day of the race and will look to keep pushing forward in the coming races as he is currently lying in an overall sixth place.

Damien Seguin, a Paralympic champion in Sailing, was France's flagbearer at London 2012.