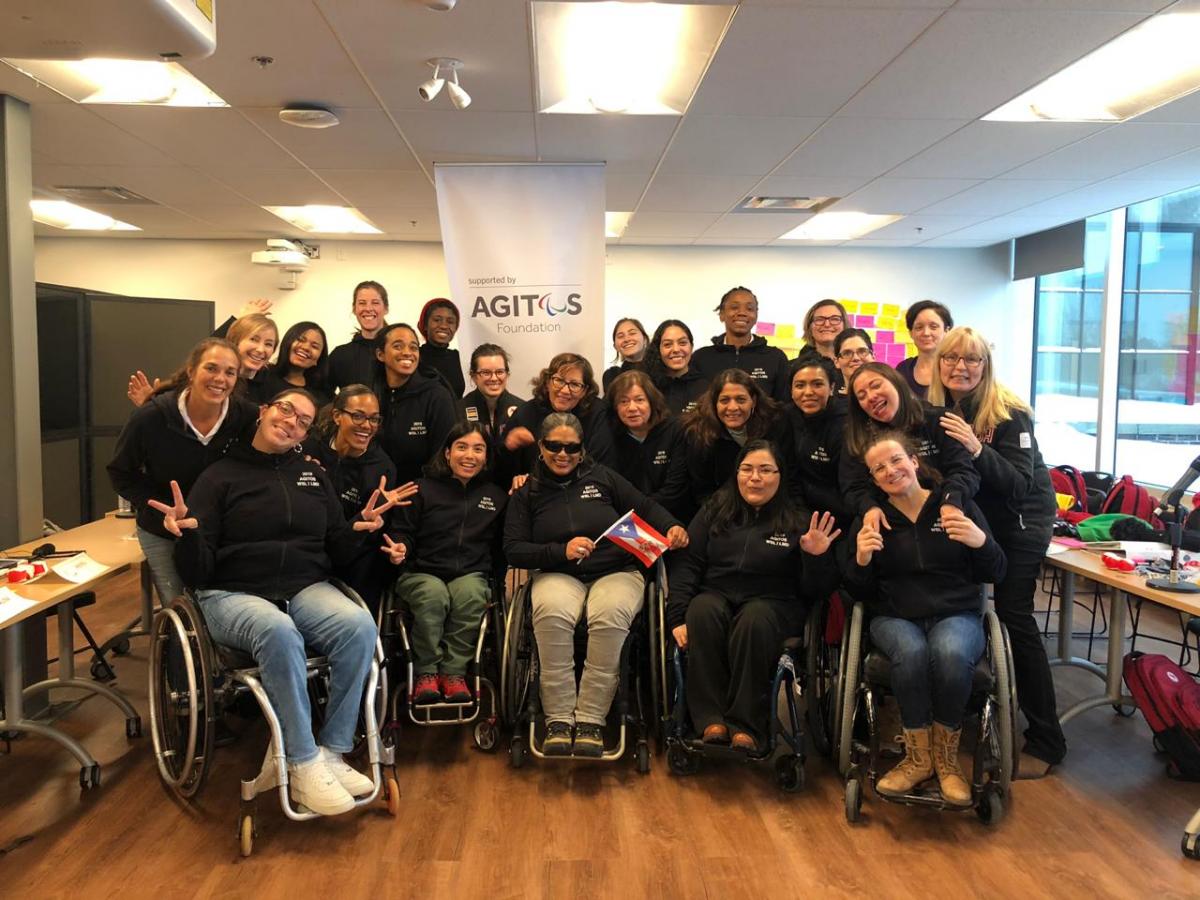 Female leaders from the Americas region attended the first Agitos Women in Sport Leadership workshop in Ottawa, Canada, from 1-3 February.

The activity, led by the National Paralympic Committees of Canada and Peru, was one of the 29 projects funded by the Agitos Foundation Grant Support Programme in 2018.

During the three days of workshop a group of 30 women from Argentina, Aruba, Chile, Colombia, Grenada, Jamaica, Mexico, Paraguay, Peru, Puerto Rico, Suriname and hosts Canada gathered for discussions about topics like leadership, networking, mentorship, and the way forward for women in sport.

"The event was very motivating and I came back to my country full of great energy", says Dunia Felices, a Para swimmer from Peru who also took part in a training camp supported by the Agitos Foundation in 2017. "The workshop was full of good discussions and the way it was delivered, full of love, was very comforting for all of us who attended. Now that I’m back I saw how urgent and necessary it is to improve this work with women.”

Karen O’Neill, CEO, of the Canadian Paralympic Committee, says the participants were all passionate, committed, and ready, which made for a productive workshop that she expects will only be the beginning of an exciting time for women in sport in the Americas.

"It was incredibly powerful to get all of these women in sport, in Para sport, in a room for three days getting to know each other. We are trying to build not only individuals, but also the community. We really kick started some exciting opportunities and support for women in their own leadership to do some really good things in the Americas."

The project was born out of a survey conducted about 18 months ago in partnership between NPC Canada and Americas Paralympic Committee, which saw that the representation of women in senior leadership roles in the Americas region was at about 36 to 38 per cent, while technical roles such as coaching was even less at about 17 per cent.

"When we saw some of those gaps, we were looking at the ways that Canada can contribute to building our own region," said O’Neill. "What we want to do is support the depth and building of our community so we can really enhance the competition, our linkage, and the entire Paralympic Movement."

It was decided to focus first on leadership in administration roles. The Ottawa workshop was the kick-off for the Agitos Women in Sport Leadership project, which will ultimately last eight months, concluding with another workshop in Lima following the 2019 Parapan Am Games.

In between, the participants will work on developing a project in their home country related to supporting women in sport, receive advice from a mentor, work on their own leadership learning path, and participate in a number of webinars on key topics.

"The Agitos Foundation is highly committed to gender equity and to playing a critical role in its implementation across the Paralympic Movement", said Rita van Driel, Chairperson of the Agitos Foundation Executive Committee. "I believe that, by supporting initiatives like this from the Canadian Paralympic Committee, we will be able to ensure that women are increasingly represented in leadership positions."