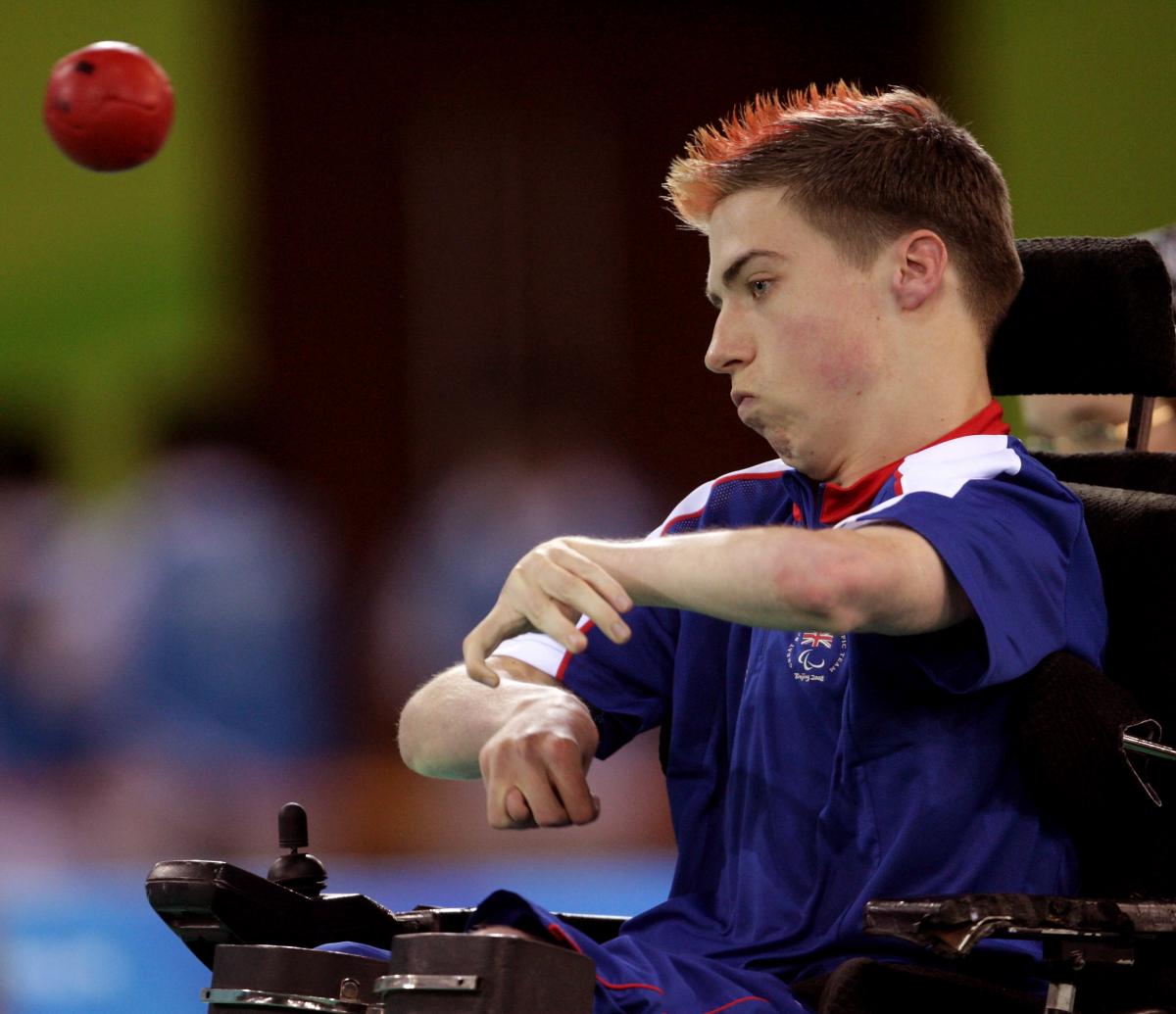 Great Britain’s David Smith will once again finish the year as world No. 1, further cementing his dominance within the boccia BC1 category.

Following a stellar year in major competition, Smith will retain his crown as King of the Boccia Court, giving him credence as the one to beat ahead of the Rio 2016 Paralympic Games.

Despite facing some stiff competition from other big names in the world of boccia – the likes of whom include the Netherlands’ Daniel Perez and Thailand’s Witsanu Huadpradit – Smith managed to take the 2014 World Championship, winning the individual gold.

Speaking to Smith before a training session, he revealed what his plans are for the future of the competition.

“There are a lot of team events coming up, and that’s something we could do better on,” explained Smith. “There’s definitely room for improvement.”

Looking back to the London 2012 Paralympic Games, where he missed out on the gold to Thailand’s Pattaya Tadtong, Smith secured the individual silver medal. He was also picked up a bronze medal, in the mixed BC1-2 team competition, which saw Thailand take the gold, and China take the silver.

“It’s a new, fresh team, since London,” says Smith. “We’re a good team, but there’s still some work to do.”

Confident in his own abilities in the individual competition, Smith recognises that the key to success could well lay with improving team efforts.

With the 2015 boccia calendar filling up, there are plenty of opportunities for Smith and the rest of the team to work on their game. A number of major competitions, as well as ‘friendlies’, could see Team GB walking away with more medals.

“If we do well at the Europeans, we could get an automatic qualification for Rio,” said Smith. “We could definitely improve, but I’m confident we’re the best in Europe.”

Remaining unbeaten in the GB Championships since 2004, it is clear to see Smith’s unyielding determination.

“Qualifying for Rio is obviously a priority,” Smith acknowledged when asked about his hopes for the next Paralympic Games. Although confident, he is also aware of the task at hand. “It would be nice to get a good draw.”

Daniel Perez of the Netherlands is seen as being one of Smith’s main opponents for the major titles.

“I’d managed to avoid him until the semis,” said Smith about his recent meeting with Perez at September’s World Championships. “He could potentially be very good – a tough opponent.”

Smith narrowly defeated Perez 4-2, in the semi-finals, before going on to take the win against Huadpradit, in the final.

“That might be the hardest match I’ve ever played,” Smith recalled.

With experience of being at the top of the game, and continued successes prevailing, Smith has his sights set firmly on winning both the individual and team golds at Rio 2016.