Young confident ahead of PyeongChang 2018 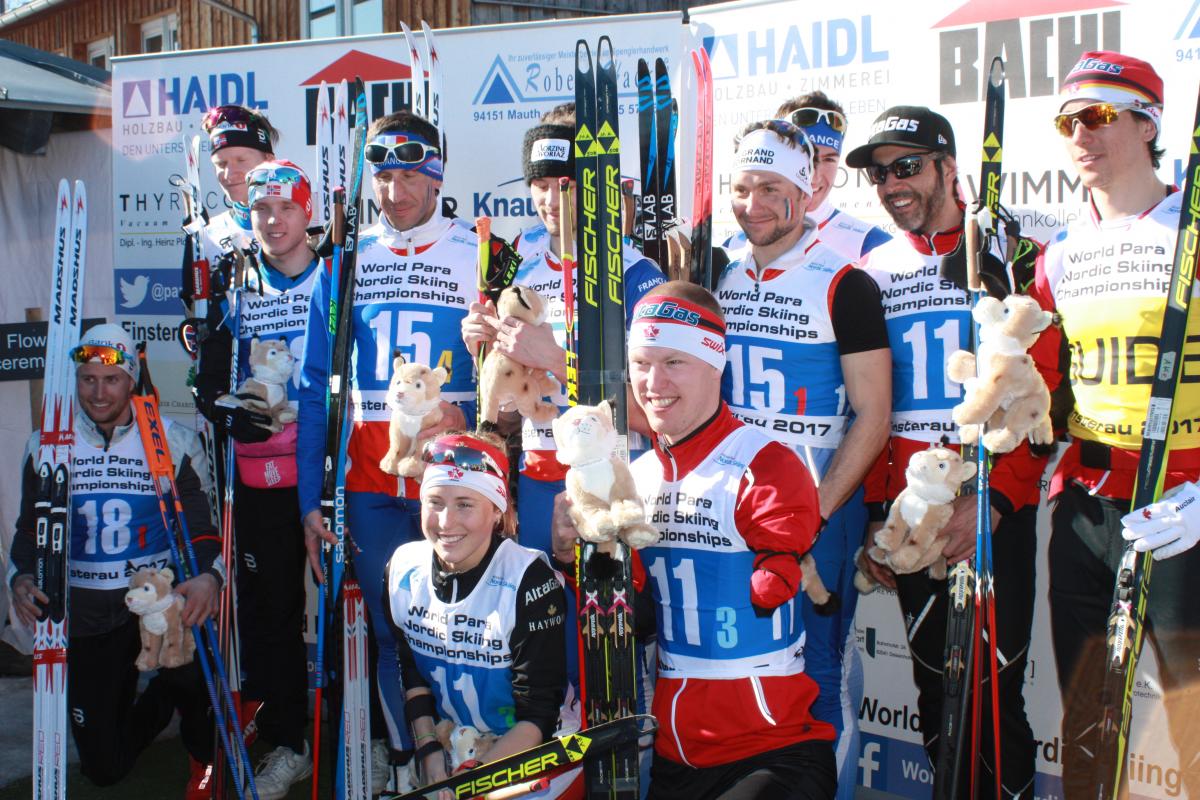 France won gold, followed by Norway and Canada in the open relay at the 2017 World Para Nordic Skiing Championships in Finsterau, Germany.

ⒸHeinz Schaefer and Hans Kaulich
By Louise Wood | For the IPC

Emily Young is heading into this Paralympic season with new found confidence. The Canadian standing skier and biathlete is looking forward to the challenges of the coming season after winning her first World Championship medal.

“Last season was really encouraging. It was so cool to see how all the time in training and past years competing have paid off! There is, of course, still a lot to learn and I am eager to do so. I am finding that I am beginning to get a hang of the general technique of skiing and am now able to apply my fitness from my past sports. Ifeel like I am not just present in the race but able to really compete."

The 26-year-old made a fantastic start to last season by claiming a podium in the first race coming third in the cross country sprint in Vuokatti. That set her up well heading into the World Championships in Finsterau where she won her first medal, a bronze in the Open Relay, alongside teammates Brian McKeever and Mark Arendz.

“The World Championships this time around were 100% better then Cable! I really enjoyed most of the races”, said Young. “I have struggled with biathlon and continue to struggle but am slowly gathering my confidence in racing it. Germany was a great booster for me and I believe gave me the confidence to finish the season off strong.”

Young did exactly that by claiming two more podiums in the final two World Cup rounds. She was second in the cross country sprint in PyeongChang on the Paralympic course and she also achieved a podium in biathlon, the discipline that she finds more difficult, finishing second in the sprint race at Sapporo.

She is hoping for similar success next March when the Paralympic Games get underway.

“I loved the courses in Korea. They aren't easy and that is what makes them so satisfying”, she explained. “The conditions are bound to be warm and slushy again for next year so I believe that living on the west coast and close to Whistler, where we tend to have wetter snow conditions, I will have a better handle on skiing in those conditions by the race day.”

Training on snow is a big part of the Canadian team’s preparation for PyeongChang even though it is summer.

“We have had one camp so far on snow and will be going down to Oregon for another camp that will be both on snow and roller skis. In August the team heads down to the New Zealand Snow Farm for three weeks of snow training and this really gives our team a good opportunity to get on snow pre-season.”

As a relative newcomer to Nordic sports (she began in late 2014), this will give her a welcome opportunity to work on her cross country skiing skills.

“I think for this season I will be focusing on improving all aspects of my skiing with special emphasis on fitness, strength, race knowledge and technique.”