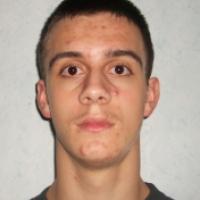 When and where did you begin this sport?
He took up Para Nordic skiing at age 12 in Freiburg, Germany.
Why this sport?
"I've always been enthusiastic about sport. Above all, I enjoy the varied training [for Para Nordic skiing], as in summer I also train on my bike, on foot, or with a roller ski. Outdoor sports are just comforting for me."
Club / Team
Ring der Korperbehinderten Freiburg: Germany
Name of coach
Ralf Rombach [national], GER

A muscular problem in his leg forced him to withdraw from the 12.5km standing race at the 2017 World Cup event in Canmore, AB, Canada. (sportschau.de, 18 Dec 2017)
Awards and honours
He was Germany's flag bearer during the opening ceremony of the 2013 World Championships in Solleftea, Sweden. (nordski.de, Feb 2013)

He received the 2011 Youth Sports Medal in Freiburg, Germany. (ring-freiburg.de, Mar 2012)
Other sports
He competed in both biathlon and cross-country skiing at the 2018 Paralympic Winter Games in Pyeongchang. (SportsDeskOnline, 02 Jan 2019)
Ambitions
To compete at the 2022 Paralympic Winter Games in Beijing. (nordski.de, 31 Jan 2022)
Impairment
He was born with a vision impairment. (Athlete, 08 Mar 2018)