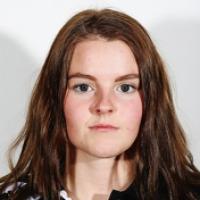 When and where did you begin this sport?
She learned to swim at age three, and began competing at age seven.
Why this sport?
She was inspired to take up swimming after New Zealander cyclist Sarah Ulmer visited her school with the gold medal she won at the 2004 Olympic Games in Athens.
Club / Team
Hamilton Aquatics: New Zealand
Name of coach
Mat Woofe [personal]

In 2015 she was named Secondary School Sportswoman of the Year at the Waikato Regional Sports Awards in Hamilton, New Zealand. (yourcambridgenews.com, 05 Feb 2016)
Other sports
She has represented New Zealand in Para cycling, competing at the track world championships in 2018 and 2019. (SportsDeskOnline, 13 Aug 2021; paralympics.org.nz, 01 Jan 2020)
Milestones
At age 13 years and 251 days, she became the youngest athlete to represent New Zealand in any sport at the Paralympic Games when she competed in the S7 50m butterfly at the 2012 Games in London. (paralympics.org.nz, 01 Jun 2019; SportsDeskOnline, 11 May 2022)
Famous relatives
Her sister Astrid has played football for the Cambridge women’s A team in New Zealand. (fitnessjournal.co.nz, 02 Apr 2015)
Impairment
She was born missing the lower part of her left arm and her right hand. (stuff.co.nz, 29 Aug 2013)
Other information
RETIREMENT AND RETURN
She initially competed in Para swimming, before switching to Para cycling following the 2016 Paralympic Games in Rio de Janeiro. She announced her retirement from Para sport in May 2019 after struggling with the autoimmune disease psoriasis, which was exacerbated by her diet and the materials she wore while cycling. "Trying to train as a cyclist with psoriasis was extremely hard. It was a daily battle trying to navigate what I was eating, making sure I wasn't wearing anything that could cause a flare-up and also managing the pain from trying to push through it to get my sessions done." In around October 2019, she chose to return to Para swimming. "I thought it would be like last time, when I wasn't enjoying the training or living in Auckland, so I needed to get away. Now I'm training close to home and my family, I get on well with my coach. I wasn't expecting to be doing so well so quickly [speaking in 2020], but it's given me a lot of confidence." (stuff.co.nz, 12 Mar 2020, 08 May 2019)

FROM SWIMMING TO CYCLING
After taking a five-month break from sport after competing in Para swimming at the 2016 Paralympic Games in Rio de Janeiro, she decided to switch her focus to competing in Para cycling. "I did a development cycling camp a few months after Rio and I loved it and I was like, 'You know what, I'm going to switch'. I didn't think there was going to be a little black line in cycling [like in the pool], but there is that one that goes around the bottom that you follow. I just want to prove that I'm a good Para athlete, doing two Para sports is an achievement in itself I think." She retired from Para sport in May 2019, but made a return to para swimming later that year. (stuff.co.nz, 12 Mar 2020; paralympics.org.nz, 26 Feb 2018)