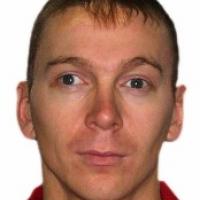 When and where did you begin this sport?
He began cross-country skiing in 2004 in the Nege rehabilitation centre in Tyumen, Russian Federation.
Why this sport?
He tried several different sports including gymnastics, arm wrestling, weightlifting and powerlifting before he discovered cross-country skiing.
Club / Team
Tyumen Regional Centre of Sports Preparation: Russia
Name of coach
Vyacheslav Goldinov [personal], RUS

Nicknames
Kolya (1tv.ru, 02 Nov 2013)
Most influential person in career
His mother and father. (Athlete, 14 Mar 2014)
Hero / Idol
US actors Arnold Schwarzenegger and Sylvester Stallone. (Athlete, 14 Mar 2014)
Sporting philosophy / motto
"Sport is life, it is the engine to keep moving forward." (Athlete, 14 Mar 2014)
Awards and honours
In recognition of his performance at the 2014 Paralympic Winter Games in Sochi, he was presented with the Order for Merits to the Fatherland [fourth grade] by the president of the Russian Federation. (kremlin.ru, 17 Mar 2014)

In recognition of his achievements at the 2010 Paralympic Winter Games in Vancouver he was decorated with the Order of Friendship by the president of the Russian Federation. (kremlin.ru, 26 Mar 2010)

He has received the title of Honoured Master of Sport in the Russian Federation. (minsport.gov.ru, 29 May 2020)
Other sports
At the 2014 Paralympic Winter Games in Sochi he won gold medals in both cross-country skiing and biathlon. (SportsDeskOnline, 05 Jan 2021)
Impairment
In 1993 he was electrocuted, resulting in head trauma and impaired vision. (Athlete, 14 Mar 2014)
Other information
ANTI-DOPING VIOLATION
In February 2016 a minute trace of the banned substance meldonium was found in his system while he was competing at the World Cup in Finsterau, Germany. As a result of his disqualification he was stripped of the gold medal that he had won in the 15km biathlon event. However, he did not receive any suspension from competition due to the International Paralympic Committee [IPC] Anti-Doping Hearing Body accepting that he had taken the substance before 01 January 2016 when the substance was added to the prohibited list. (paralympic.org, 24 Jun 2016)