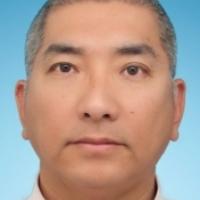 When and where did you begin this sport?
He began Para athletics in 2011.
Why this sport?
He was introduced to the sport by staff of a Para sports facility. He took up the sport seriously after attending the 2012 National Para Sports Festival.
Club / Team
Hyogo Para Athletics Association: Japan

Awards and honours
In 2017 and 2018 he was given a Citation Award at the Akashi City Sports Awards in Japan. (city.akashi.lg.jp, 10 Jan 2019; 27 Dec 2017)
Ambitions
To compete at the Paralympic Games. (Challeath Facebook page, 08 Jul 2015)
Impairment
His cervical cord injury was the result of an accident in 2010. (Challeath Facebook page, 08 Jul 2015)
Other information
OTHER ACTIVITIES
In 2017 he was appointed as the vice president of Kinki Para Athletics Association in Japan. (8card.net, 28 Apr 2017)