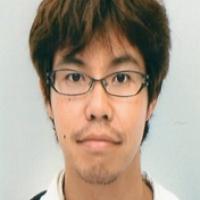 When and where did you begin this sport?
He took up the sport in 2009.
Why this sport?
His family suggested the sport to him as part of his rehabilitation.
Club / Team
Yamaguchi Para Athletics Club Step : Japan
Name of coach
Fumiharu Tojo [club], JPN

He received a Special Award at the 2011 Yamaguchi Sports Association for the Disabled Awards Ceremony. (syospo-yamaguchi.jp, 27 Mar 2012)
Other sports
He has competed in Para swimming at national level. (osaka-ikuseikai.or.jp, 24 Oct 2011)
Ambitions
To compete at the 2020 Paralympic Games in Tokyo. (minato-yamaguchi.co.jp, 04 Mar 2017)
Impairment
He has paralysis in his left arm and left leg following an illness when he was young. (minato-yamaguchi.co.jp, 16 Oct 2015)