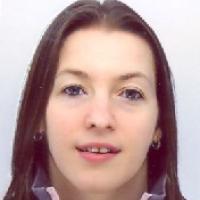 She was named a Member of the Most Excellent Order of the British Empire [MBE] in 2009. (herefordtimes.com, 18 Jun 2009)
Famous relatives
Her husband is British Paralympic swimmer Sascha Kindred. The two are collectively known as the 'golden couple' of British disabled sport in the British press. (British Swimming, 01 Nov 2011; bbc.co.uk, 03 Aug 2014)
Other information
FAMILY JEWELS
Both she and husband Sascha were able to take home silver medals from the 2012 Paralympic Games in London. She won hers in the S6 100m backstroke, while he finished second in the SM6 200m individual event. (independent.co.uk, 09 Sep 2012)