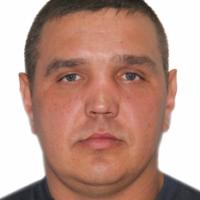 In April 2013 he received the Kaisar Tulga prize as part of the national 'Sport of Equal Opportunities' project. (sport.gov.kz, 18 Apr 2013)

He holds the title of Master of Sport of International Class in Kazakhstan. (sport.gov.kz, 20 Dec 2016)
Impairment
Both his legs were amputated at age 12. (sim.kz, 08 Jun 2013)
Other information
SANCTION
He failed a doping test at the 2014 World Championships in Dubai, United Arab Emirates, testing positive for the banned substance dehydrochloromethyl-testosterone. He was given a two-year ban from April 2014. (paralympic.org, 28 Jul 2014)