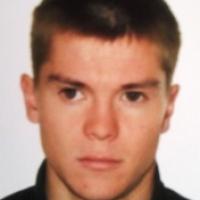 When and where did you begin this sport?
He began the sport in 2007 in Perm, Russian Federation.
Why this sport?
"This sport chose me. I did not choose it."
Club / Team
Moscow Region Centre of Paralympic Sports [RUS] / Perm Adaptive Sports School of Paralympic Reserve [RUS]:
Name of coach
Alexei Kopytin [national], RUS; Arkady Turbin [personal], RUS

In 2014 he received the title of Honoured Master of Sport in the Russian Federation. (Athlete, 13 Dec 2017)