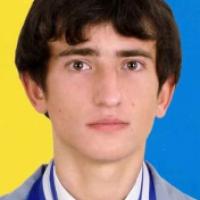 When and where did you begin this sport?
He took up the sport at age 14 in Smila, Ukraine.

He holds the title of Honoured Master of Sport in Ukraine. (paralympic.org.ua, 01 Aug 2012)
Other information
RETIREMENT
He decided to retire after competing at the 2012 Paralympic Games in London due to injuries. (Athlete, 10 Dec 2014)